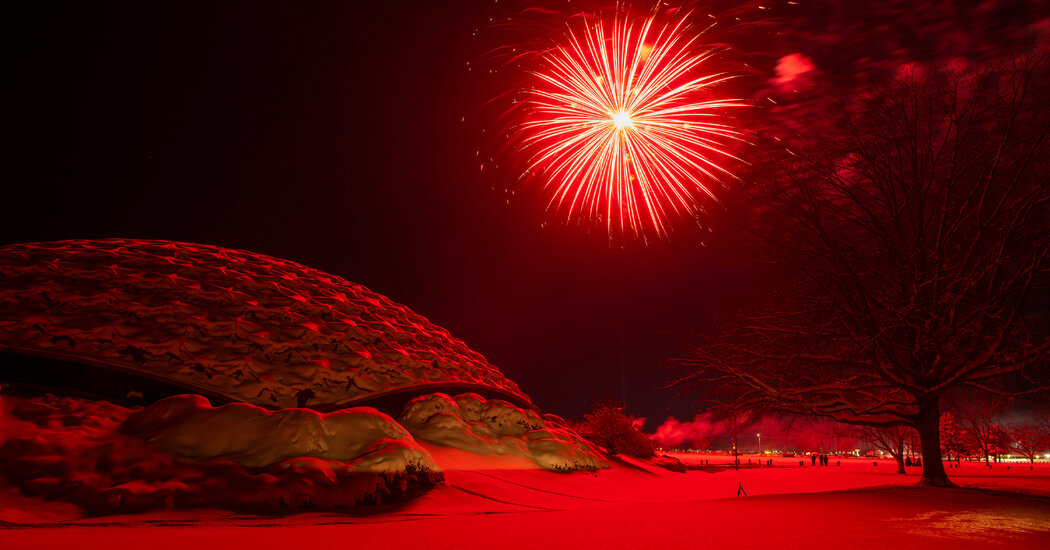 Grumpy New Year! There probably weren’t many Americans who started 2022 feeling celebratory. We’re going through yet another Covid wave, which is scary and wearying even though Omicron appears to pose a relatively low risk of serious illness if you’re fully vaccinated. Holiday travel was a mess, with the combination of the pandemic and severe weather causing thousands of flight cancellations.

Yet there’s a good chance that once time has passed and we’ve had a chance to regain perspective, we’ll consider 2021 to have been a very good year, at least in some ways. In particular, although nobody seemed to notice, it was a year of spectacular economic recovery — and one in which many dire warnings failed to come true.

Let me give you some background. Here’s the U.S. unemployment rate since 1979, the beginning of a nasty double-dip recession that was, at the time, the worst slump to hit America since the 1930s:

The good news about that episode was that when the slump finally ended, the economy bounced back quickly — so quickly that Ronald Reagan was able to boast about “morning in America” and ride the recovery to a landslide electoral victory.

After that, however, we seemed to lose our knack for economic recovery. The next three recessions — 1990-91, 2001 and 2007-9 — were followed by sluggish recoveries in which unemployment took years to come down.

Then came Covid. The economics of 2020 were, to use the technical term, weird: The economy went into lockdown, experiencing a huge but temporary spike in unemployment. But what would 2021 look like? Many people expected at least a partial replay of the sluggish recovery that followed the 2008 financial crisis; in late 2020, forecasters surveyed by the Philadelphia Fed expected a 5.8 percent unemployment rate at the end of 2021. In fact, unemployment was already down to 4.2 percent by November.

Here’s a comparison you may find illuminating: the cumulative decline in the unemployment rate starting in December 1982 — the beginning of Reagan’s boom — compared with the decline over the course of 2021:

Yes, by this measure (and many others) we’re in the middle of another morning in America, despite the drag caused by a lingering pandemic and supply-chain disruptions.

So, about those disruptions: Can we talk for a moment about the Grinch that didn’t steal Christmas? There was a lot of skepticism a couple of months back, when major retailers said that despite supply issues, they expected to be able to meet consumer demand. But I’ve seen almost no reports of empty shelves and frustrated shoppers. And in this case absence of evidence really is evidence of absence, because you know that some media organizations would have loved to hype stories of holiday woe if they could find them. But because Fox News and Newsmax recently got busted using photos of empty shelves taken in other years and other countries to bash Joe Biden, they appear to have been cautious about reporting a miserable Christmas experience unless they could find actual examples — and apparently they couldn’t.

So why are people still so downbeat? There continues to be a huge divergence between people’s negative views about “the economy” — a perception based in part on partisan attitudes, in part on media coverage — and their mostly favorable reporting on their own financial situation:

Still, inflation is a real problem, and what happens to inflation over the course of 2022 will have a big retrospective effect on how we regard the economy of 2021.

I still expect (hope?) to see inflation gradually subside as we work through the remaining kinks in the supply chain. Measures like the cost of container shipping are still elevated but off their peaks; surveys of purchasing managers suggest that delivery times are still bad but improving. If inflation does come down, 2021 will look in the rearview mirror like an unambiguous success story, a tale of an economy that powered through temporary bottlenecks and rapidly returned to full employment.

Obviously that’s not the only possible outcome — and for a variety of reasons, which I’ll probably talk about in the next newsletter, it will be quite a few months before we’ll have a clear picture on the inflation front.

But one thing is clear: 2021 was a banner year for economic recovery. And people should know that.

The case for Bidenomics.

A post-pandemic return to normalcy?

Was this the first major slump in which poverty fell?

A musical case for stimulus?