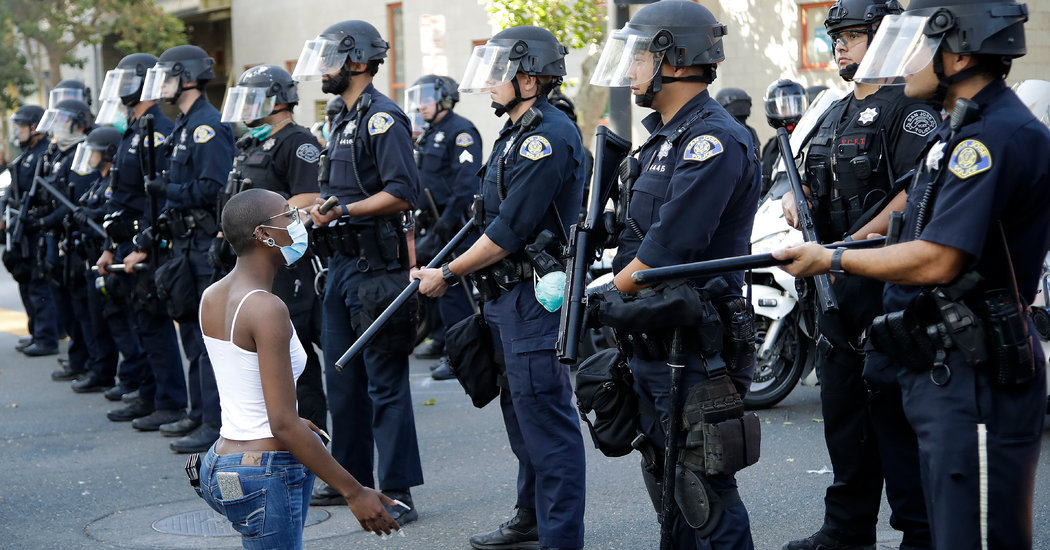 Four police officers in San Jose, Calif., have been placed on administrative leave after an anonymous blog post accused retired and current officers of posting racist and anti-Muslim comments in a private Facebook group.

“While I have no control over what former employees post online, I can voice my outrage after hearing about these comments made online,” the police chief, Eddie Garcia, said in a statement. “Any current employee involved with bigoted activity online will promptly be investigated and held accountable to the fullest extent in my power. We have no place for this.”

A spokeswoman for the San Jose Police Department said on Sunday that the police were conducting an “administrative investigation” after a Medium blog post chronicled various inflammatory posts by retired and current San Jose police officers. The post detailed discussions in the private Facebook group “10–7ODSJ.”

In response to a Facebook post about a Los Angeles Muslim woman’s hijab being pulled off by an officer, one user said to “repurpose” hijabs as nooses. Another post called the Black Lives Matter movement “racist,” saying it was part of an “anti-American narrative.” A comment on the post reads “black lives don’t really matter.”

Chief Garcia said officers who engaged in misconduct online have in the past been fired. “I have previously responded with discipline up to termination after an investigation into off-duty online activity that runs counter to our standards of conduct,” he said.

A department spokeswoman declined to disclose specific details about the four officers placed on leave, including their ranks and whether they were on paid or unpaid leave.

The mayor of San Jose, Sam Liccardo, demanded an investigation and called for the termination of officers who post “racist, anti-Muslim or menacing comments.” In a statement, Mr. Liccardo noted that an officer was previously fired for tweets some also labeled racist, however, the officer was reinstated after an arbitrator found his comments did not justify termination.

“As I articulated in my police reform proposal this week, I will push for changes to a disciplinary process that allows unaccountable arbitrators to reverse termination decisions of the chief,” Mr. Liccardo said, citing a list of proposals to reform the Police Department. “I will further push for independent investigation of all racially discriminatory conduct.”

The Plain View Project, a database tracking inflammatory posts from the police across eight U.S. departments, found about one in five current officers have engaged in Facebook activity involving biased comments and racist, Islamophobic and misogynistic language.

On Friday, a police officer in Hoover, Ala., was fired after posting a photo on Facebook that depicted an armed black protester in “the cross hairs of a rifle scope,” AL.com reported.

Paul Kelly, the president of the San Jose Police Officers’ Association, said he was “saddened” by the accusations and that the union would not offer any support or financial help to those the department finds to have participated in the misconduct under investigation.