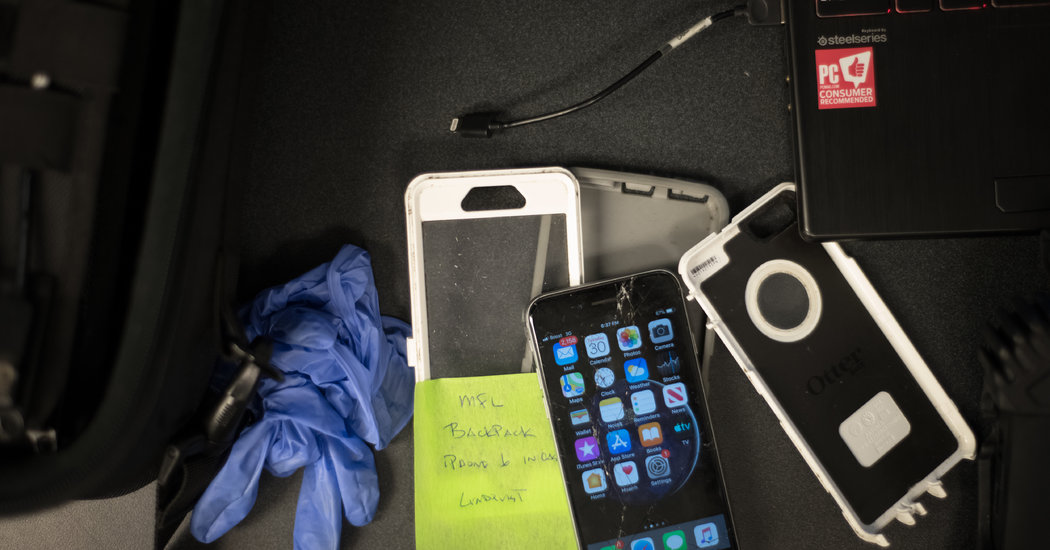 Lawmakers in Washington, after years of inattention, have identified child sexual abuse imagery and exploitation on the internet as an urgent problem. But as new legislation demonstrates, there are differing approaches to fighting a surge of the illegal activity, which tech companies are detecting in record numbers.

A bill expected to be introduced this week in both houses of Congress calls for an unparalleled crackdown on people who create and view the material. It would create nearly 200 positions at some federal law enforcement groups and double the budgets of others — allotting a total of $5 billion over 10 years — and create a Senate-confirmed official in the White House to oversee the spending.

The bill’s sponsor said it was sparked by a New York Times investigation last fall into the exponential growth of the illicit content. Last year, nearly 70 million images and videos of child sexual abuse, commonly known as child pornography, were reported to the authorities. Two other bills have since been introduced that address shortcomings The Times identified.

The Times found that state and local law enforcement efforts were grossly underfunded, and that the federal government had failed to adequately enforce a 2008 law meant to curb the spread of the material. Many technology companies, moreover, were found to be doing very little to patrol their own platforms.

The new bill borrows some elements from the prior proposals but differs significantly in focusing on the government, not tech companies, to rein in the problem.

For example, under a provision in one of the earlier bills, websites would have to follow safety guidelines or risk losing longstanding protections for their content, opening themselves to lawsuits. Privacy proponents have expressed concern that the guidelines could be used to block encryption on popular messaging apps and other platforms; many tech companies also oppose it.

“The best way to go is to give public servants — prosecutors, investigators and preventive services — dollars and hold them accountable,” said Senator Ron Wyden, Democrat of Oregon, who plans to introduce the newest bill on Wednesday. “That is much better than basically saying you want to unleash a bunch of civil lawsuits that take years.”

Mr. Wyden’s bill, which is also expected to be introduced in the House by Representative Anna G. Eshoo, Democrat of California, would expand resources at federal, state and local agencies. The Federal Bureau of Investigation would get 100 new agents to work on child exploitation, trafficking and abduction cases; the Department of Justice’s Child Exploitation and Obscenity Section would create 90 new positions.

The legislation would also give $60 million a year to state and local task forces focused on the problem, and $15 million a year to the National Center for Missing and Exploited Children, a nonprofit that serves as the federally designated clearinghouse for abuse imagery. Each of these groups has historically received around $30 million a year, and would still be eligible to receive that money through the normal budgeting process.

The bill echoes some provisions of the landmark 2008 law that for the first time provided law enforcement with a steady stream of funding to fight online exploitation, and also created a federal position within the Justice Department to oversee child protection efforts nationwide.

But in the years since, the national coordinator position has not been given the authority outlined in the law, and the increasing volume of child sexual abuse reports has overwhelmed the authorities, forcing them to make hard choices about how to prioritize limited resources. Many local law enforcement groups, for example, said the growing tide of reports left them unable to carry out undercover investigations, which had often led to apprehending some of the more dangerous offenders.

The national center has also struggled to keep up with the rise in reports. Yiota Souras, its general counsel, said the clearinghouse supported the new bill, which would provide for an additional 65 jobs. Most of the hires would be analysts who review, investigate and prioritize reports before sending them to law enforcement, she said.

“This bill enables us to staff up in a way that can begin to address the huge increases in volume and complexity of reports that we are now receiving on online child sexual exploitation,” Ms. Souras said. “More people can review more reports more quickly.”

Mr. Wyden said the bill would avoid the fate of the neglected 2008 law by finding money outside the normal appropriations process to pay for the stepped-up enforcement. The additional funds would come from customs fees collected by U.S. Customs and Border Protection, according to the bill.

The senator said he hoped the bill would put more of a spotlight on the issue both through its large spending scope and by requiring Senate confirmation of the new director, making the position harder to ignore. The director would be able to grant funds to a wide range of groups serving victims and fighting child exploitation, as well as oversee a long-term study on the effectiveness of prevention efforts.

“You put somebody working in the same building as the president and that means you got somebody to actually hold accountable for success and failure,” said Mr. Wyden, whose co-sponsors include the Democratic senators Kirsten Gillibrand of New York, Bob Casey of Pennsylvania and Sherrod Brown of Ohio.

The bill shares some elements with the two other bipartisan measures that have been introduced since December. One provision aims to double the time technology companies are required to retain evidence of child sexual abuse on their platforms, from 90 to 180 days.

It also updates the kinds of internet sex crimes companies are required to report, as did a bill introduced in March by Senators Richard Blumenthal, Democrat of Connecticut, and Lindsey Graham, Republican of South Carolina. That bill, known as the EARN IT Act, contains the provision on liability protections that has raised concerns about encryption. The new legislation does not.

For decades, privacy advocates and technologists have resisted government efforts to force companies to decrypt user data. In recent months, Attorney General William P. Barr has made repeated calls for “lawful access” to encrypted information, including at a daylong event at the Justice Department highlighting the dangers of online child sexual abuse.

After The Times investigation, a number of technology companies increased their efforts to detect illegal behavior on their platforms. The cloud storage company Dropbox began scanning videos on its servers, and Instagram rolled out stronger controls on communicating with minors. Cloudflare, a major cybersecurity firm used by some of the world’s most visited sites, unveiled a new tool to help clients detect the images but has not yet released it.