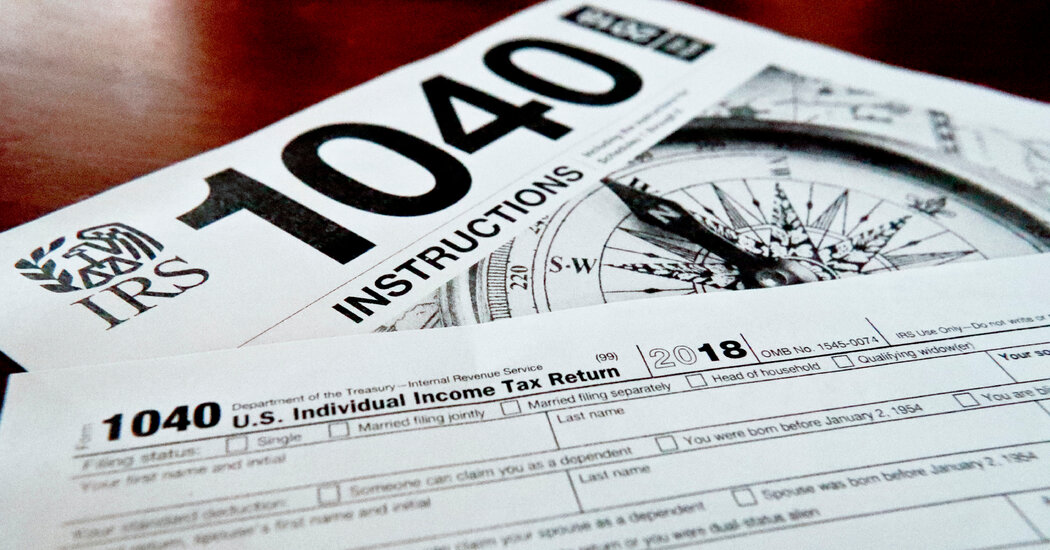 This week’s investigation by The Times into President Trump’s long-hidden tax returns uncovered staggering business losses and such vigorous exploitation of loopholes that the president paid only $750 in federal income taxes in 2016 and 2017. When asked during Tuesday’s presidential debate about the revelations, Mr. Trump was unrepentant. “It was the tax laws,” he declared. His tax avoidance was “like every other private person, unless they’re stupid.”

Mr. Trump is no longer a private person, however, and he now joins his immediate predecessors in the intensely personal, frequently embarrassing presidential ritual of having his financial information laid out for all to see. But the importance of presidential returns extends beyond mere voyeurism. Learning what presidents pay (or don’t pay) in taxes shapes how the American public sees the presidency, the government and the fairness of the federal tax system itself.

For a long time, Americans didn’t see presidential tax returns. The first president to file them at all was Abraham Lincoln, after Congress temporarily instituted federal income taxes to help pay for the Civil War. No public proclamation accompanied Lincoln’s payments — at just under $1,300 he paid more in 1864 than Trump did 152 years later, no inflation adjustment necessary — and he filed voluntarily, as it wasn’t clear that taxation of presidential salaries was constitutional. Five years after Lincoln’s death, the courts ruled that it wasn’t. The U.S. Treasury returned Lincoln’s taxes to his estate.

The federal income tax became permanent in 1913, but the salary exemption for presidents continued for decades, and they disclosed little about their finances to the public. Nor was there much pressure to do so. Faith in government leadership was relatively high, and individual tax records were considered to have little relevance to a person’s fitness to be president.

Still, tax returns occasionally poked into public view. Dwight D. Eisenhower reluctantly released 10 years of financial information while running for president in 1952, revealing that he had saved thousands of dollars by classifying royalties from a best-selling memoir as capital gains, thus qualifying for a considerably lower tax rate. The news made little impact on Ike’s landslide victory that year. But it reflected a new curiosity about politicians’ tax returns at a moment when public discontent about taxes was beginning to grow.

That discontent was building into full-fledged tax revolt by the time Richard Nixon entered the Oval Office in 1969. A Harris Poll that spring found that 72 percent of Americans considered taxes to be too high, with anti-tax sentiment running strongest among working- and middle-class white people who had helped propel Nixon to victory the year before. “Everybody else is protesting,” one small business owner grumbled to a pollster. “Well, I’m ready to go on strike over taxes.”

This may help explain the public reaction when Nixon became embroiled in a tax scandal a few years later. In 1973, as the Watergate investigation escalated, it came to light that the president had paid only $1,670 in federal taxes over two years in 1970 and 1971, while claiming over $130,000 in tax refunds. Congressional investigators pounced on questionable tax write-offs that included claiming the transfer of his official papers to the National Archives as a large charitable donation. By early 1974, even Nixon’s accountant admitted that some of the deductions were “unwise,” and Congress ordered the president to pay more than $400,000 in back taxes.

The scandal didn’t spark populist outcry for a fairer tax code, however. Instead, it reinforced a growing sentiment that avoiding taxes was admirable. Nixon was “just like every other loyal American,” one Atlanta man retorted to an inquiring reporter in early 1974. “Our only duty is to pay the lowest tax possible.”

Nixon’s excesses showed the dangers of keeping presidential tax returns secret, and every president before Trump has voluntarily released his financial information. In the wake of the new transparency, presidents sometimes even paid more than they were required to. After discovering to his embarrassment that he owed no taxes for 1976, Jimmy Carter voluntarily paid them anyway. “I think that I, as president, ought to demonstrate that the present tax laws are not adequate and that someone who earns as much as I did in ’76 ought to pay taxes,” Carter said. Both George H.W. Bush and Bill Clinton increased their tax payments retroactively in order to quell public speculation about questionable deductions.

But the biggest lesson of the new transparency may have been laying bare the advantages the U.S. Tax Code bestowed on wealthy people who have clever tax preparers. When Ronald Reagan released his 1982 taxes, they revealed not only that this great advocate of voluntary giving had made rather paltry charitable donations himself, but that he had shaved over $90,000 off his tax bill thanks to economic legislation he signed after becoming president in 1980.

The returns of the next three presidential families — the Clintons, the Bushes and the Obamas — demonstrated more caution about claiming deductions, but they nonetheless enjoyed increasing tax advantages as tax rates on top earners decreased. In 1975, Gerald Ford paid a 46 percent tax rate on gross income; in 2014, Barack Obama paid less than 19 percent.

We now are a long way from Lincoln’s selfless tax filing of 1864. Instead of inspiring citizens of the value of paying into the system, presidential tax returns can reinforce public cynicism, especially in the age of Trump. “He paid very little in taxes,” one Trump voter observed recently when asked about the president’s returns. “Good for him.”