Surgical gowns. A company run by a White House “volunteer” with no experience in medical supplies got $2.4 million to supply the Federal Bureau of Prisons with surgical gowns.

A company created by a former Pentagon official who describes himself as a White House volunteer for Vice President Mike Pence won a $2.4 million dollar contract in May — its first federal award — to supply the Bureau of Prisons with surgical gowns.

Mathew J. Konkler, who worked in the Department of Defense during the George W. Bush administration, formed BlackPoint Distribution Company LLC in August 2019 in Indiana, state records show, but had won no federal work until May 26. The Bureau of Prisons chose the company with limited competition for a contract to supply surgical gowns to its facilities.

It is at least the second contract awarded to a company formed by an individual who had worked in or volunteered for the Trump administration; a company formed by Zach Fuentes, a former White House deputy chief of staff, won a $3 million contract just days after forming to supply face masks to the Indian Health Service. The masks did not meet FDA standards for use in health care settings, and an IHS spokesman said this week that the agency is trying to return the masks to Fuentes. Members of Congress called for investigations into the contract, and the Government Accountability Office now plans to review the deal “in the coming few months, as staff become available,” spokesman Charles Young said last week.

A lawyer for Fuentes’ company said the firm fulfilled all of its obligations to IHS under the contract.

BlackPoint Distribution’s website does not mention Konkler but describes its work as “locating, verifying and successfully delivering vital products and equipment in the midst of extremely challenging environments.” The domain name was registered on April 9, 2020. In its incorporation documents, Konkler is listed as the CEO of BlackPoint Distribution. The only contact information on the site is a web form and an email address. Emails sent to it were returned as undeliverable, and Konkler did not return multiple phone calls and messages seeking comment.

On the website for BlackPoint Creative LLC, another Indiana firm where Konkler serves as managing partner, his bio says that “since 2018, Mr. Konkler has also served as a volunteer at the White House on the staff of the Vice President, Michael R. Pence.”

In a 2018 interview with an Indiana business publication, Konkler said that another of his companies, BlackPoint Strategies was a “full-service consulting firm offering a variety of other advisory services, which focus on strategic marketing, digital marketing and crisis communications,” but also assisted Indiana companies in selling products in international markets. A search of Indiana state contracts yielded no previous or current government contracts for BlackPoint Distribution or other firms that Konkler is involved in.

A spokesman for Pence said that Konkler previously had helped coordinate some of the vice president’s travel but was not currently a volunteer. 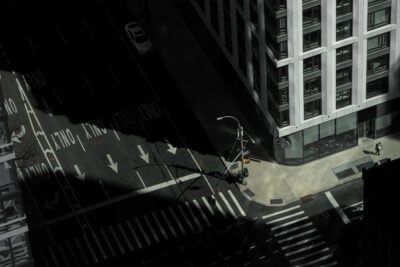 “Mr. Konkler is not nor ever has been a member of Vice President Pence’s staff,” said Devin O’Malley in an email. “Mr. Konkler has previously helped in a volunteer capacity doing advance on trips, but has not done so since June 2019. No one in the Office of the Vice President was aware of or had any role in Mr. Konkler receiving this contract.”

White House volunteers are not uncommon, and typically they are involved in specific projects such as the correspondence office, which reads and answers messages sent to the administration, or in holiday decoration efforts.

Government ethics experts said that conflict of interest rules do apply to volunteers but depend on the kind of work being done. “I’m worried about conflicts of interest but also about someone who isn’t a government employee knowing the [vice president’s] travel plans,” said Scott Amey, general counsel at the Project on Government Oversight. Konkler’s online biography states that he has held a Top Secret/Sensitive Compartmented Information security clearance.

“The Bureau of Prisons took a risk awarding a $2.5 million contract to a new company,” Amey said. “Let’s hope this ends up as a success story and not another example of a pop-up contractor trying to profit from an emergency situation.”

The contract itself was awarded under urgent circumstances. The Bureau of Prisons did not issue a request for proposals because the pandemic “resulted in the need to limit competition due to compelling urgency,” Justin Long, a spokesman for the bureau, wrote in an email. The contract originally stated June 3 as the date for gown delivery to six different federal prisons, but Long said in an email that the final shipment was delivered on June 25. 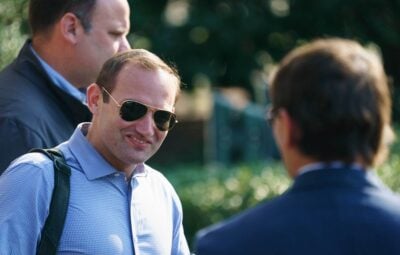 Records show that the agency received three offers and that the contract was awarded under what are known as “simplified acquisition procedures,” a process typically used for contracts involving smaller amounts of money. Because of the national emergency declared in response to the pandemic, the threshold for using simplified procedures was raised to $13 million when purchasing commercial items such as surgical gowns. BlackPoint Distribution’s bid was the lowest, Long said.

BlackPoint Distribution is one of more than 445 first-time federal contractors awarded contracts during the government’s response to the coronavirus pandemic, according to a ProPublica analysis of federal contracting data. These new contractors have received more than $2 billion in federal spending as of June 25, often without competitive bidding or direct experience in the areas they won deals in.

After declaring a national emergency on March 13, the federal government relaxed procurement rules to allow federal agencies to skip competitive bidding at times in favor of a more streamlined process that could deliver personal protective equipment and other products quickly. But in doing so, it also has made deals with vendors who were unable to fulfill orders or who have provided inadequate equipment.