A Complicated Relationship: Biden and China’s Xi Prepare for Meeting


Joe Biden and China’s Xi Jinping have slurped noodles together in Beijing. They’ve shared deep thoughts about the meaning of America during an exchange on the Tibetan plateau. They’ve gushed to U.S. business leaders about developing a sincere respect for each other.

The American president has held up his relationship with Xi as evidence of his heartfelt belief that good foreign policy starts with building strong personal relationships.

But as the two leaders prepare to hold their first presidential meeting on Monday, the troubled U.S.-China relationship is demonstrating that the power of one of Biden’s greatest professed strengths as a politician — the ability to connect — has its limits.

“When it comes to U.S.-China relations, the gaps are so big and the trend lines are so problematic that the personal touch can only go so far,” said Matthew Goodman, who served as an Asia adviser on the National Security Council in the Barack Obama and George W. Bush administrations. 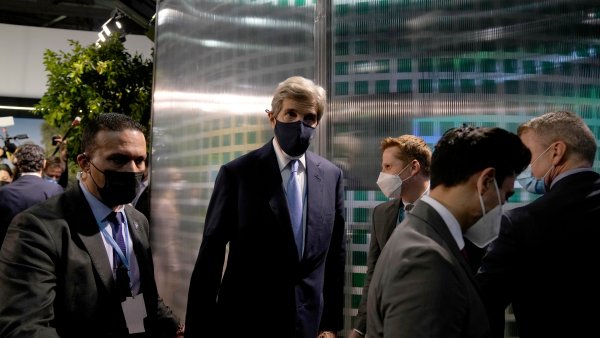 
China, US Pledge to Increase Cooperation at UN Climate Talks 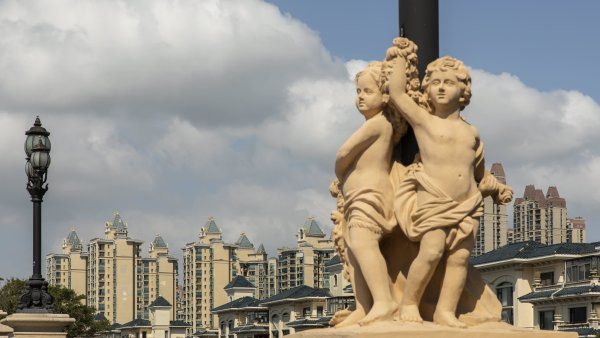 
Fed Says China’s Real Estate Troubles Could Spill Over to the U.S.

White House officials have set low expectations for Monday’s virtual meeting: No major announcements are expected and there’s no plan for the customary joint statement by the two countries at the end, according to administration officials.

The public warmth — Xi referred to Biden as his “old friend” when Biden visited China in 2013 while the then-U.S. vice president spoke of their “friendship” — has cooled now that both men are heads of state. Biden bristled in June when asked by a reporter if he would press his old friend to cooperate with a World Health Organization investigation into the coronavirus origins.

“Let’s get something straight: We know each other well; we’re not old friends,” Biden said. “It’s just pure business.”

Biden nonetheless believes a face-to-face meeting — even a virtual one like the two leaders will hold Monday evening — has its value.

“He feels that the history of their relationship, having spent time with him, allows him to be quite candid as he has been in the past and he will continue to be,” White House press secretary Jen Psaki said in previewing the encounter.

Biden and Xi, ages 78 and 68 respectively, first got to know each other on travels across the U.S. and China when both were vice presidents, interactions that both leaders say left a lasting impression.

Of late, there have been signs that there could be at least a partial thawing after the first nine months of the Biden administration were marked by the two sides trading recriminations and by unproductive exchanges between the presidents’ top advisers.

Last week, for example, the U.S. and China pledged at U.N. climate talks in Glasgow, Scotland, to increase their cooperation and speed up action to rein in climate-damaging emissions.

Monday’s meeting — the two leaders’ third engagement since Biden became president — comes amid mounting tensions in the U.S.-China relationship. The two held long phone calls in February and September where they discussed human rights, trade, the pandemic and other issues.

Biden has made clear that he sees China as the United States’ greatest national security and economic competitor and has tried to reframe American foreign policy to reflect that belief.

His administration has taken Beijing to task over committing human rights abuses against ethnic minorities in northwest China, squelching pro-democracy efforts in Hong Kong and resisting global pressure to cooperate fully with investigations into the origins of the coronavirus pandemic.

Tensions have also risen as the Chinese military has flown increasing numbers of sorties near the self-ruled island of Taiwan, which Beijing considers part of its territory.

Chinese officials have signaled that Taiwan will be a top issue for the talks. Biden has made clear that his administration will abide by the long-standing U.S. “One China” policy, which recognizes Beijing but allows informal relations and defense ties with Taipei. Chinese military forces held exercises last week near Taiwan in response to a visit by a U.S. congressional delegation to the island.

Other U.S. presidents have held that bonding with a geopolitical adversary can be a good foreign policy strategy. George W. Bush faced ridicule after his first meeting with Russia’s Vladimir Putin when he claimed that he had “looked the man in the eye” and “was able to get a sense of his soul.” Bush would go on to host the Russian leader at his ranch in Crawford, Texas, and bring him to his father’s estate in Kennebunkport, Maine, where the 43rd and 41st presidents took the Russian president fishing.

Putin ultimately frustrated Bush and the relationship was broken after Russia’s 2008 invasion of its neighbor Georgia.

Donald Trump went from disparaging North Korea’s Kim Jong Un as “rocket man” to declaring the two “fell in love” in an exchange of letters as the U.S. president unsuccessfully attempted to persuade Kim to give up the regime’s nuclear weapons program.

Biden’s personal approach to foreign policy is in part informed by the fact that he’s been on the international scene for much of the last half-century, author Evan Osnos noted in the biography “Joe Biden: The Life, the Run, and What Matters Now.”

“You can drop him into Kazakhstan or Bahrain, it doesn’t matter — he’s gonna find some Joe Blow that he met 30 years ago who’s now running the place,” Julianne Smith, a Biden adviser, told Osnos.

Some top Biden administration officials speculate that with Beijing planning to host the Winter Olympics in February and Xi preparing to be approved by Communist Party leaders to serve a third five-year term as president next October — unprecedented in recent Chinese history — that there’s plenty of reason for the Chinese leader to look to stabilize the relationship in the near term, according to a person familiar with administration thinking. The individual insisted on anonymity to discuss private deliberations.

At the same time, Biden, who has seen his polling numbers diminish at home amid concerns about the lingering coronavirus pandemic, inflation and supply chain problems, is looking to find a measure of equilibrium on the most consequential foreign policy matter he faces.

Biden would have preferred to hold an in-person meeting with Xi, but Xi has not left China since before the start of the coronavirus pandemic. The virtual meeting was proposed after Biden mentioned during a September phone call with the Chinese leader that he would like to be able to see Xi again.

This week, President Joe Biden called out China in a press conference, saying Chinese President Xi Jinping doesn’t have a “democratic bone in his body,” even comparing him to Russian President Vladimir Putin. Words that China is not taking without a response. Plus, North Korea resumes missile testing while rejecting new attempts at diplomacy.
Copyright AP – Associated Press