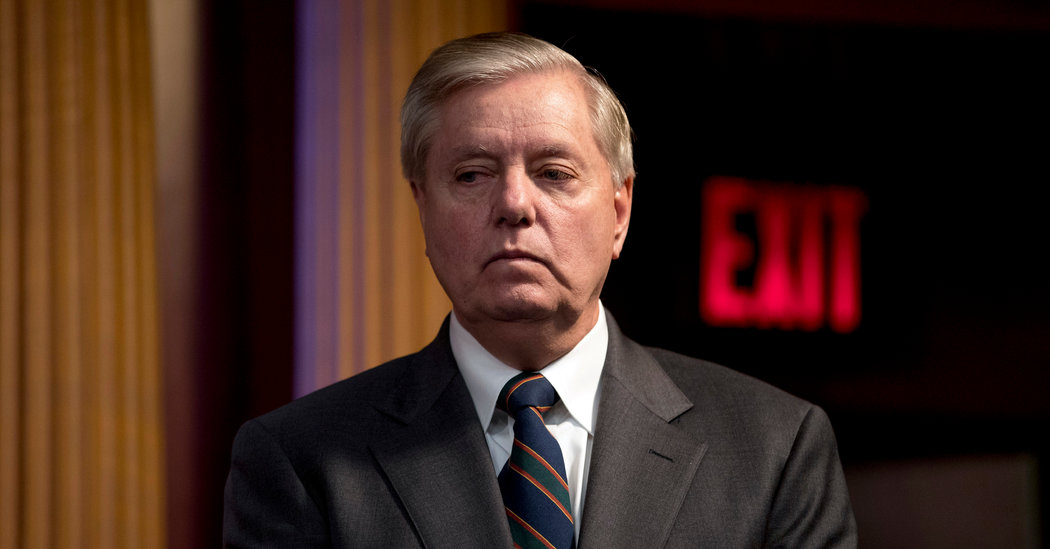 This editorial has been updated to reflect news developments.

For a few hours on Wednesday, it seemed the Senate still could not muster the will to start pumping trillions of desperately needed dollars into the American economy.

Four Republican senators — Lindsey Graham of South Carolina, Ben Sasse of Nebraska, Tim Scott of South Carolina and Rick Scott of Florida — announced they had found a flaw in the economic stimulus legislation so grave that they would be forced to delay its passage.

The proposed unemployment benefits, they said, were much too generous.

Yes, that’s right: They worried the federal government was in danger of doing too much to help low-income workers whose jobs are being sacrificed to save lives.

The views expressed by the four senators are not just meanspirited but misguided, for reasons we will explain below. Yet the senators’ timing was even worse. The United States has never experienced a comparable collapse in economic activity. Thousands upon thousands of workers are losing their livelihoods with every passing day that Congress continues to drag its feet. How could it be that any senator did not grasp the urgency of this moment in American history? How could it be that any senator would threaten further delays to prevent a few thousand workers from getting a few hundred dollars in extra aid?

The four senators eventually settled for a chance to complain about unemployment benefits on the Senate floor, and the bill passed the Senate late on Wednesday night. Now the House must give its approval, even though the bill is, without doubt, highly imperfect.

The restrictions on companies that receive federal assistance are insufficient and, in many cases, amount to guidelines for the Treasury Department to impose at its discretion rather than binding requirements. The $367 billion provided for small businesses is less than a third of what some experts estimate is needed to stave off a wave of layoffs and bankruptcies.

The funding for state and local governments, which are marshaling most of the resources to confront the pandemic, is even more inadequate. The state of Ohio, where Gov. Mike DeWine proposed $14 billion in budget cuts on Wednesday, would get just $2.1 billion in federal aid. In New York, Gov. Andrew Cuomo blasted the bill as “really terrible” and described the $3.1 billion earmarked for his state as “a drop in the bucket.” His aides said the state already has spent at least $1 billion to fight the pandemic and to care for people who are sick — and the crisis has not crested yet. Washington, D.C. has a larger population than Wyoming — and more than four times as many confirmed coronavirus cases — but it is slated to receive significantly less federal funding.

And the bill is packed to the gills with unwarranted gifts for undeserving recipients, including $17 billion to bail out Boeing, a company that lately has charted new frontiers in corporate mismanagement. (It is worth noting that the senators moralizing about welfare benefits made no objection to bailing out companies that had failed to manage their business prudently.) The Times also reported Wednesday that a provision in the bill could allow President Trump’s hotels to qualify for bailout funds otherwise intended for small businesses.

But these flaws are no reason to hesitate. The bill, on balance, would do far more good than harm. And while it does not do enough, it is only the third coronavirus bailout bill. It is clear already that Congress will need to keep writing checks.

Mr. Graham, Mr. Sasse and Messrs Scott see problems in the part of the bill that expands unemployment benefits. Benefits in normal times are calculated as a percentage of lost salary, typically around 45 percent, up to a maximum amount that varies by state. The national average is $385 a week, which isn’t enough to keep a family above the poverty line.

The legislation would add a fixed sum of $600 to those weekly payments for the next four months. As a result, some low-wage workers who lose their jobs would get more than their former salaries — “more by not working than by working,” three of the senators said in a joint statement.

The concerns don’t add up. People who quit jobs typically are ineligible for unemployment benefits. Under the legislation, workers who quit because of the coronavirus would qualify for benefits, but those are not people who are leaving because they want a little more money. They are leaving — often as a consequence of state and local decisions to shut down commerce — to limit the danger to themselves, and perhaps to others as well.

There is wide agreement among economists that unemployment benefits reduce the incentive to return to work. That’s why states replace only a portion of lost wages in normal times. But at the moment, staying home is exactly what’s needed to prevent the spread of the virus, and paying people who have lost jobs is what’s needed to limit the economic damage. And the extra benefits last four months. It’s an emergency stipend, not a retirement program.

In this hour of crisis, those at the bottom of the economic pyramid are in the greatest need of help. There is no warrant for delay, and still less for shortchanging workers of a few hundred dollars in a bill that will shovel trillions of dollars into the American economy.