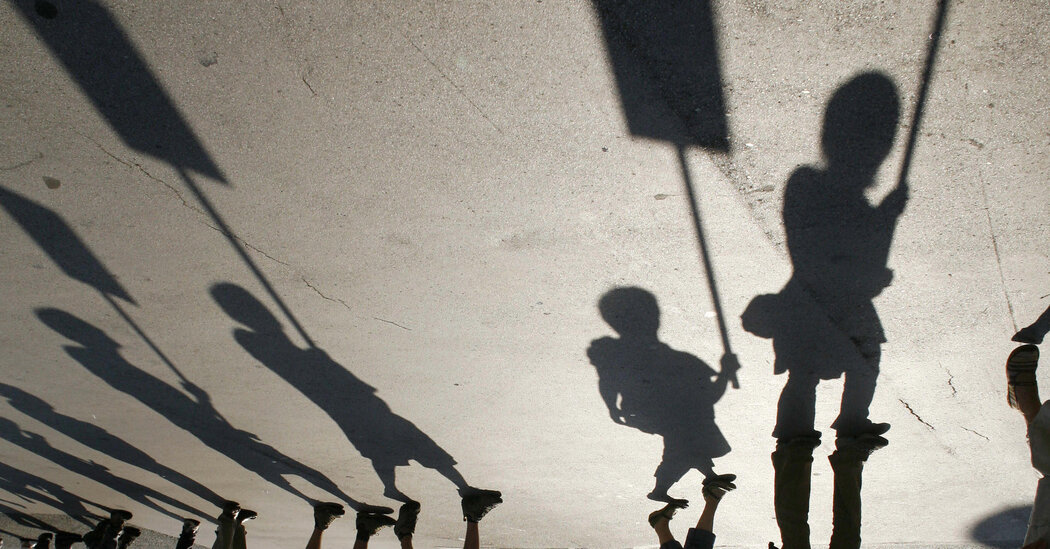 Social media companies and other organizations are looking out for themselves.

In March, Alexi McCammond, the newly hired editor of Teen Vogue, resigned following backlash over offensive tweets she’d sent a decade ago, beginning when she was 17. In January, Will Wilkinson lost his job as vice president for research at the center-right Niskanen Center for a satirical tweet about Republicans who wanted to hang Mike Pence. (Wilkinson was also suspended from his role as a Times Opinion contributor.)

To debate whether these punishments were fair is to commit a category error. These weren’t verdicts weighed and delivered on behalf of society. These were the actions of self-interested organizations that had decided their employees were now liabilities. Teen Vogue, which is part of Condé Nast, has remade itself in recent years as a leftist magazine built around anti-racist principles. Niskanen trades on its perceived clout with elected Republicans. In both cases, the organization was trying to protect itself, for its own reasons.

That suggests a different way of thinking about the amorphous thing we call cancel culture, and a more useful one. Cancellations — defined here as actually losing your job or your livelihood — occur when an employee’s speech infraction generates public attention that threatens an employer’s profits, influence or reputation. This isn’t an issue of “wokeness,” as anyone who has been on the business end of a right-wing mob trying to get them or their employees fired — as I have, multiple times — knows. It’s driven by economics, and the key actors are social media giants and employers who really could change the decisions they make in ways that would lead to a better speech climate for us all.

[Listen to The Ezra Klein Show, a podcast about ideas that matter.]

Boundaries on acceptable speech aren’t new, and they’re not narrower today than in the past. Remember the post-9/11 furor over whether you could run for office if you didn’t wear an American flag pin at all times? What is new is the role social media (and, to a lesser extent, digital news) plays in both focusing outrage and scaring employers. And this, too, is a problem of economics, not culture. Social platforms and media publishers want to attract people to their websites or shows and make sure they come back. They do this, in part, by tuning the platforms and home pages and story choices to surface content that outrages the audience.

My former Times colleague Charlie Warzel, in his new newsletter, points to Twitter’s trending box as an example of how this works, and it’s a good one if you want to see the hidden hand of technology and corporate business models in what we keep calling a cultural problem. This box is where Twitter curates its sprawling conversation, directing everyone who logs on to topics drawing unusual interest at the moment. Oftentimes that’s someone who said something stupid, or offensive — or even someone who said something innocuous only to have it misread as stupid or offensive.

The trending box blasts missives meant for one community to all communities. The original context for the tweet collapses; whatever generosity or prior knowledge the intended audience might have brought to the interaction is lost. The loss of context is supercharged by another feature of the platform: the quote-tweet, where instead of answering in the original conversation, you pull the tweet out of its context and write something cutting on top of it. (A crummier version comes when people just screenshot a tweet, so the audience can’t even click back to the original, or see the possible apology.) So the trending box concentrates attention on a particular person, already having a bad day, and the quote-tweet function encourages people to carve up the message for their own purposes.

This is not just a problem of social media platforms. Watch Fox News for a night, and you’ll see a festival of stories elevating some random local excess to national attention and inflicting terrible pain on the people who are targeted. Fox isn’t anti-cancel culture; it just wants to be the one controlling that culture.

Cancellations are sometimes intended, and deserved. Some speech should have consequences. But many of the people who participate in the digital pile-ons that lead to cancellation don’t want to cancel anybody. They’re just joining in that day’s online conversation. They’re criticizing an offensive or even dangerous idea, mocking someone they think deserves it, hunting for retweets, demanding accountability, making a joke. They aren’t trying to get anyone fired. But collectively, they do get someone fired.

In all these cases, the economics of corporations that monetize attention are colliding with the incentives of employers to avoid bad publicity. One structural way social media has changed corporate management is that it has made P.R. problems harder to ignore. Outrage that used to play out relatively quietly, through letters and emails and phone calls, now plays out in public. Hasty meetings get called, senior executives get pulled in, and that’s when people get fired.

An even more sinister version of this operates retrospectively, through search results. An employer considering a job candidate does a basic Google search, finds an embarrassing controversy from three years ago and quietly moves on to the next candidate. Wokeness has particular economic power right now because corporations, correctly, don’t want to be seen as racist and homophobic, but imagine how social media would have supercharged the censorious dynamics that dominated right after 9/11, when even french fries were suspected of disloyalty.

Tressie McMillan Cottom, the sociologist and cultural critic, made a great point to me about this on a recent podcast. “One of the problems right now is that social shame, which I think in and of itself is enough, usually, to discipline most people, is now tied to economic and political and cultural capital,” she said.

People should be shamed when they say something awful. Social sanctions are an important mechanism for social change, and they should be used. The problem is when that one awful thing someone said comes to define their online identity, and then it defines their future economic and political and personal opportunities. I don’t like the line that no one deserves to be defined by the worst thing they’ve ever done — tell me the body count first — but let’s agree that most of us don’t deserve to be defined by the dumbest thing we’ve ever said, forever, just because Google’s algorithm noticed that that moment got more links than the rest of our life combined.

I think this suggests a few ways to make online discourse better. Twitter should rethink its trending box, and at least consider the role quote-tweets play on the platform. (It would be easy enough to retain them as a function while throttling their virality.) Fox News should stop being, well, Fox News. All of the social media platforms need to think about the way their algorithms juice outrage and supercharge the human tendency to police group boundaries.

For months, when I logged onto Facebook, I saw the posts of a distant acquaintance who had turned into an anti-masker, and whose comment threads had turned into flame wars. This wasn’t someone I was close to, but the algorithm knew that what was being posted was generating a lot of angry reaction among our mutual friends, and it repeatedly tried to get me to react, too. These are design choices that are making society more toxic. Different choices can, and should, be made.

The rest of corporate America — and that includes my own industry — needs to think seriously about how severe a punishment it is to fire people under public conditions. When termination is for private misdeeds or poor performance, it typically stays private. When it is for something the internet is outraged about, it can shatter someone’s economic prospects for years to come. It’s always hard, from the outside, to evaluate any individual case, but I’ve seen a lot of firings that probably should have been suspensions or scoldings.

This also raises the question of our online identities, and the way strange and unexpected moments come to define them. A person’s Google results can shape the rest of that person’s life, both economically and otherwise. And yet people have almost no control over what’s shown in those results, unless they have the money to hire a firm that specializes in rehabilitating online reputations. This isn’t an easy problem to solve, but our lifelong digital identities are too important to be left to the terms and conditions of a single company, or even a few.

Finally, it would be better to focus on cancel behavior than cancel culture. There is no one ideology that gleefully mobs or targets employers online. Plenty of anti-cancel culture warriors get their retweets directing their followers to mob others. So here’s a guideline that I think would make online discourse better. Unless something that is said is truly dangerous and you actually want to see that person fired from their current job and potentially unable to find a new one — a high bar, but one that is sometimes met — you shouldn’t use social media to join an ongoing pile-on against a normal person. If it’s a politician or a cable news host or a senator, well, that’s politics. But this works differently when it’s someone unprepared for that scrutiny. We would all do better to remember that what feels like an offhand tweet to us could have real consequences for others if there are hundreds or thousands of similar tweets and articles. Scale matters.

What I’m offering here would, I hope, help ease a specific problem: the disproportionate and capricious economic punishments meted out in the aftermath of an online pile-on. It won’t end the political conflict over acceptable speech, nor should it. There have always been things we cannot say in polite society, and those things are changing, in overdue ways. The balance of demographic power is shifting, and groups that had little voice in the language and ordering of the national agenda are gaining that voice and using it.

Slowly and painfully, we are creating a society in which more people can speak and have some say over how they’re spoken of. What I hope we can do is keep that fight from serving the business models of social media platforms and the shifting priorities of corporate marketing departments.