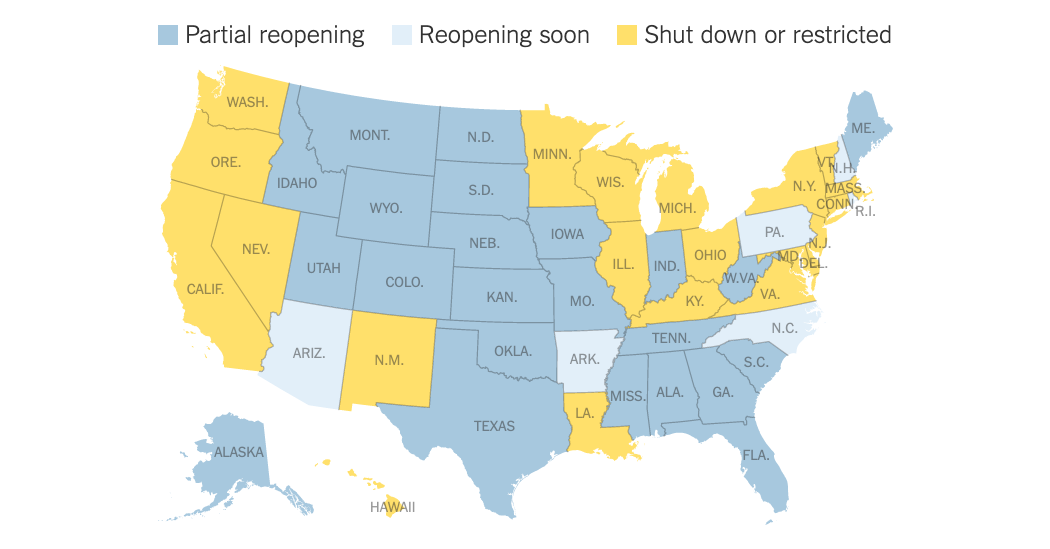 This must be a typo, I thought: “about 200,000 new cases each day by the end of May.” And if those projections bear out, that would mean the number of those contracting Covid-19 would be almost sevenfold what we are experiencing today. How can that be acceptable?

We have lived under the weight of this disease for months, first slowly, then all at once. The Trump administration misunderstood, misled, missed the neon warning signs from other countries. Whatever the reason, the federal government has failed miserably to date.

But to see the numbers of what may well occur as we lessen restrictions on vast portions of our population is to actively invite death into our homes. How, in light of this analysis, can the president or anyone else on the state or federal level advocate opening up our doors and the floodgates?

The concern that hospitals would be overburdened and unable to care for those gravely ill — that haunting image we have tried to eradicate as a possibility — would become a near certain reality. To ignore the warnings in these projections would be worse than irresponsible. It would be criminal.

Sadly, it will come as no surprise to public health professionals that the Covid-19 death toll may dramatically increase throughout this month and perhaps into the summer. Years ago as a public health student, I learned two important points.

First, the political decisions of today will predict the public health problems we face tomorrow.

Second, resistance to the application of necessary public health power to fight epidemics is deeply embedded in segments of the population. In the debate on the 1848 Public Health Act for England and Wales, one opponent put forth this argument: We would rather take our chances with the ravages of cholera than be bullied into public health.

We are seeing these two ideas play out in America today.

Lawrence Wallack
Portland, Ore.
The writer is emeritus professor of public health at the University of California, Berkeley, and former dean of the College of Urban and Public Affairs, Portland State University.