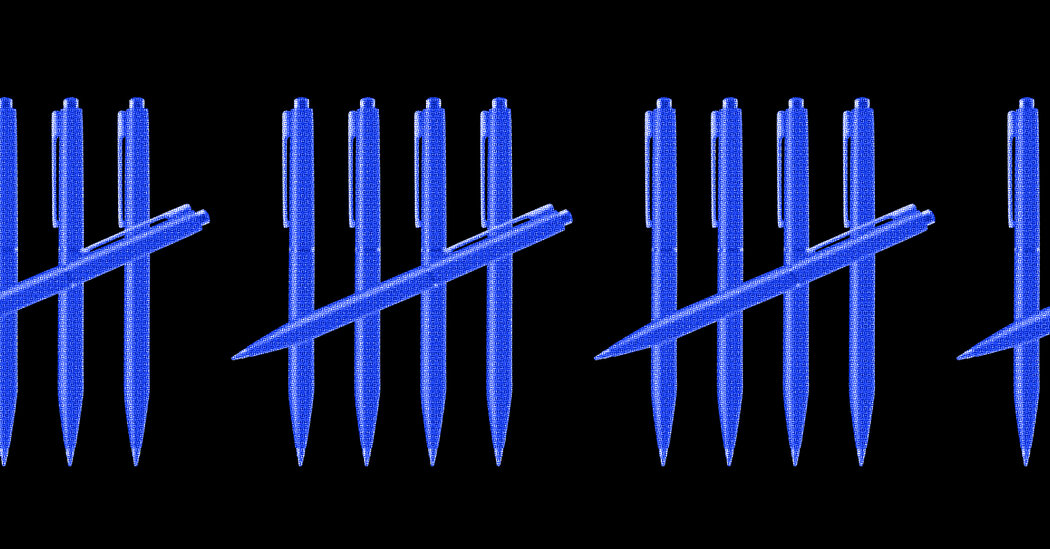 The Committee to Protect Journalists has recorded another dismal milestone in the onslaught of authoritarian leaders against a free press — a new high over the past year in the number of journalists jailed around the world.

In its annual report on reporters jailed for their work, the organization, which is a nongovernmental nonprofit, said 293 journalists were imprisoned around the world, an increase of 13 from 2020. At least 24 journalists have been killed so far this year, the committee reported; 18 others died in circumstances “too murky to determine whether they were specific targets.”

China remained the top jailer of journalists for the third year in a row, with 50 locked up. Myanmar moved up to second place because of a military coup in February and the media crackdown that followed. Egypt, Vietnam and Belarus were the next three.

The Committee to Protect Journalists is usually on the conservative side among organizations that monitor press freedoms in reporting on the abuse, arrest or killing of journalists, because of its stringent verification protocols. Even so, this is the sixth consecutive year that it has recorded at least 250 journalists jailed for their reporting, a trend it attributes to “a growing intolerance of independent reporting” by increasingly arrogant autocrats prepared to flout due process and international norms to stay in power.

The fact that dictators cannot abide a free press is in itself a measure of its importance. The strongman of Belarus, Aleksandr Lukashenko, was prepared to face full-throated condemnation, at least from the West, for diverting an international flight just so he could arrest a self-exiled journalist, Roman Protasevich, and send a message to other critics.

But then other authoritarian leaders such as Xi Jinping, Vladimir Putin, Recep Tayyip Erdogan and Mohammed bin Salman — the latter responsible for one of the most gruesome murders to date of a journalist, that of Jamal Khashoggi — have not been shy about disregarding international norms and elemental decency to rid themselves of meddlesome reporters.

Turkey and Saudi Arabia did drop out of the top five nations imprisoning journalists in 2021, but that was not necessarily progress, the committee noted. Since a failed coup attempt in 2016, Turkey has effectively crushed the country’s mainstream media, and some journalists have been released from jail to await trial. In Saudi Arabia, the murder and dismemberment of Mr. Khashoggi probably served to dissuade many critics. In many authoritarian states, the committee said, governments are finding more sophisticated ways to block independent reporters and organizations, such as internet shutdowns and better surveillance.

Societies can and do agree to set limits on freedom of speech with criminal penalties; for example, for child sexual abuse imagery, libel or spreading dangerous misinformation. A roiling debate is underway over whether social media, with its vast powers to swiftly disseminate news both real and fake, should be controlled. But these questions are debated openly and cautiously, and their purpose is to safeguard society, not control it.

Authoritarian leaders, by contrast, seek to control and manipulate what is said and written with the sole purpose of remaining in power and above the law. They know full well that this violates freedoms enshrined in law and convention, which is why they so often attack journalists obliquely, using trumped-up charges like tax evasion and terrorism or drawing on vague and arcane laws to arrest reporters and shut down their operations.

To arrest Jimmy Lai and close down the popular Hong Kong tabloid he founded, Apple Daily, China used a catchall clause in its draconian national security law banning “collusion with external forces.” On Monday, Mr. Lai and seven other pro-democracy activists were sentenced to prison on another charge — gathering last year to commemorate the Tiananmen Square crackdown in 1989.

In mainland China, journalists face an array of bizarre charges such as “picking quarrels and provoking trouble,” which is what the journalist Zhang Zhan was accused of doing when she criticized China’s response to Covid-19. In Turkey, insulting the president is a crime; in Russia, a favorite weapon against journalists and media outlets is to label them “foreign agents.”

Condemning the persecution of journalists is not about protecting a profession or an industry. For its reporting, the Committee to Protect Journalists identifies journalists as “people who cover the news or comment on public affairs in any media, including print, photographs, radio, television and online.” That, with the internet and social media, covers a vast array of people who are basically exercising their fundamental right to speak out against the excesses of those in power — or anything else on their mind.

That tension is also a prerequisite for keeping tabs on those in power, as America’s founders understood. The press was far more partisan, less restrained and more often unscrupulous back when James Madison argued for what became the First Amendment. Yet he declared, and the legislators agreed, that “the freedom of the press, as one of the great bulwarks of liberty, shall be inviolable.”

When China imprisons Ms. Zhang, who is currently on a hunger strike, or Belarus kidnaps Mr. Protasevich, whose parents say was coerced into confessing that he tried to topple Mr. Lukashenko, or any other journalist is thrown in jail for not kowtowing to the powers that be, that bulwark is being brutally and deliberately violated. That this is happening in record numbers should sound loud alarms the world over.

For Americans, there has been an increasing infringement on press freedom in recent decades that once seemed anathema to the country’s ideals. Presidents George W. Bush and Barack Obama each waged their battles with the press. President Donald Trump went much further, calling some news outlets the “enemy of the people.” President Biden’s administration has shown courage on certain fronts, such as standing down on efforts by federal prosecutors under Mr. Trump to secretly obtain phone and email records of journalists. The Committee to Protect Journalists report, however, coincided with the ruling of a British court that Julian Assange, the founder of WikiLeaks, can be extradited to the United States to face charges under the Espionage Act.

It is most unfortunate that the U.S. government has chosen to continue to use a law as potent as the Espionage Act to pursue Mr. Assange. There is a debate about whether Mr. Assange is a journalist, but equating the publication of classified materials received from government sources with espionage strikes at the very foundations of a free press and should be rejected by Mr. Biden.

Mr. Assange plans to appeal, and his legal odyssey could stretch out even longer than it already has. And the drawn-out effort by the United States to try Mr. Assange in an open court where he could contest the charges under the First Amendment’s protection of press freedoms is qualitatively different from the incarceration of journalists by authoritarian leaders who seek nothing more than unchallenged power.

But if Mr. Assange’s and his colleagues’ methods and motives are sometimes murky — they released numerous documents leaked by an Army private without removing the names of confidential sources, putting lives in danger — his case could set dangerous precedents that could interfere with a free press monitoring the shenanigans of those in power. That should be inviolable.