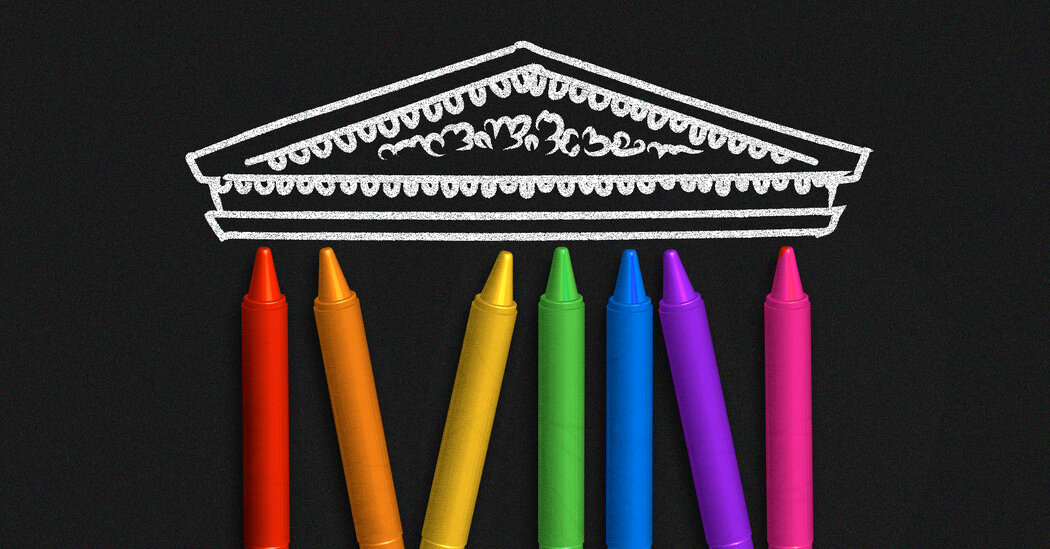 The Supreme Court is expected to rule this month on a case that could upend, in the name of religious freedom, 50 years of progress in the effort to provide better support for L.G.B.T.Q. children in the foster system. Such a decision would be a devastating setback for all children in foster care, and set a dangerous precedent that could have broad repercussions.

The question the court has been asked to decide is whether the city of Philadelphia can bar Catholic Social Services from screening future foster parents. The agency claims a religious right under the First Amendment’s free exercise clause to exclude lesbian and gay couples as foster parents.

If the court’s conservative majority rules in favor of Catholic Social Services, the most obvious losers would be prospective lesbian and gay foster parents. Yet those with the biggest stake are L.G.B.T.Q. children and adolescents. A ruling for the agency would not only threaten hard-won advances to recognize and support L.G.B.T.Q. youth, but would embolden foster care agencies across the country to acquiesce in and perpetuate discrimination against L.G.B.T.Q. people.

On any given day, there are over 400,000 children and adolescents in foster care in the United States. Trauma is built into the system. Children are typically removed from their families of origin because of reports of abuse or neglect, or because a guardian has died or been incarcerated. While there is no recent federal data on L.G.B.T.Q. young people in the foster care system, various studies, including one published in 2019 in the journal Pediatrics, show that L.G.B.T.Q. young people are over represented, with rates ranging from 24 to 34 percent.

For these L.G.B.T.Q. youth, the trauma is often different. Many are pushed out of their family homes because of homophobia and transphobia; once in foster care, they are often more vulnerable to harassment and abuse. L.G.B.T.Q.-affirming foster parents offer the best chance of providing a supportive home for those children and adolescents if they can’t remain with their families. This case directly threatens them.

When the case, Fulton v. City of Philadelphia, was argued before the Supreme Court in November, lawyers for Catholic Social Services maintained that the city should grant it an exemption from Philadelphia’s anti-discrimination law and simply allow it to refer lesbian and gay couples to another agency. Wouldn’t that, in Justice Brett Kavanaugh’s words, be a “win-win”? The agency’s lawyers also emphasized that the organization had served the community for more than a century. Why should it be stopped now from handling foster care?

But those arguments ignored an important fact: Since the early 1970s, state and local agencies have shown an increasing investment in protecting and supporting L.G.B.T.Q. children in the foster system.

As the journalist Michael Waters recently recounted in The New Yorker, with the rise of gay liberation, social workers in several states began placing L.G.B.T.Q. youth with lesbian and gay foster parents. This intervention was at once radical and pragmatic: While straight foster parents often rejected L.G.B.T.Q. young people, many lesbians and gay men were eager to step in. In some cases, as the legal historian Marie-Amelie George has shown, agencies actively reached out to L.G.B.T.Q. organizations for help.

One of the earliest and most expansive collaborations of this kind emerged in 1980 in Philadelphia when Eromin, a seven-year-old L.G.B.T.Q. counseling center, was licensed as a children and youth service agency. The previous year, two city social workers had obtained a meeting with the director of the Philadelphia County Children and Youth Agency to discuss the needs of L.G.B.T.Q. youth in the foster system. Eromin was soon enlisted to run training sessions for the agency’s staff on how to support these young people. By June 1980, the city asked Eromin to develop its own foster care program.

By 1981, Eromin began recruiting lesbian and gay foster parents and opened one of the first L.G.B.T.Q. group homes in the country, housing up to 12 young people at a time — most of them teens of color. As we detail in our 2019 article in American Psychologist, Eromin’s staff had no affirming clinical theories or models to draw on, so they developed novel approaches of care, often guided by their own experiences as L.G.B.T.Q. people, an approach we call clinical activism. As they learned, they also partnered with other agencies in their area and provided them with training, building a coalition of services. Eromin was forced to close its doors for financial reasons in 1984, but its efforts helped lead to the city’s first conference on social services for lesbian and gay youth later that year. Today, there are many organizations around the country that support L.G.B.T.Q. foster parents and young people.

The Fulton case is ultimately a tragic distraction from the pressing issues facing youth in foster care today, and the case has the potential to exacerbate the trauma that is already widespread in the child welfare system. Foster care abolitionists, for example, point out that Black, Indigenous and, in many areas, Latinx children are disproportionately separated from their families, and call for ending the child welfare system as we know it. These advocacy efforts have yet to substantially account for the needs of L.G.B.T.Q. children and youth. We should indeed be focused on finding ways to reduce out-of-home foster care placements for children and adolescents. But placements that are necessary should be integrated with L.G.B.T.Q.-affirming community programs under the presumption that all children and young people could be L.G.B.T.Q. Instead, we are fighting discrimination disguised as religious freedom.

Potential foster parents who agree to be chosen on an exclusionary basis would perpetuate anti-L. G.B. T. Q. stigmas. They would be unfit to provide foster care to L.G.B.T.Q. young people — or to their cisgender/straight peers.

A decision in favor of Catholic Social Services could also undermine laws prohibiting employment and housing discrimination, and efforts by states to ban so-called “reparative” therapies in religiously oriented clinics. Religious rationales for homophobic and transphobic discrimination would be legitimized.

A win for Catholic Social Services would reinforce the problems we continue to face. And that is unquestionably a lose-lose.

Stephen Vider is an assistant professor of history and the director of the Public History Initiative at Cornell University, and the author of the forthcoming “The Queerness of Home: Gender, Sexuality, and the Politics of Domesticity After World War II.” David S. Byers is an assistant professor of social work at Bryn Mawr College’s Graduate School of Social Work and Social Research, and a postdoctoral associate at the Bronfenbrenner Center for Translational Research at Cornell University.