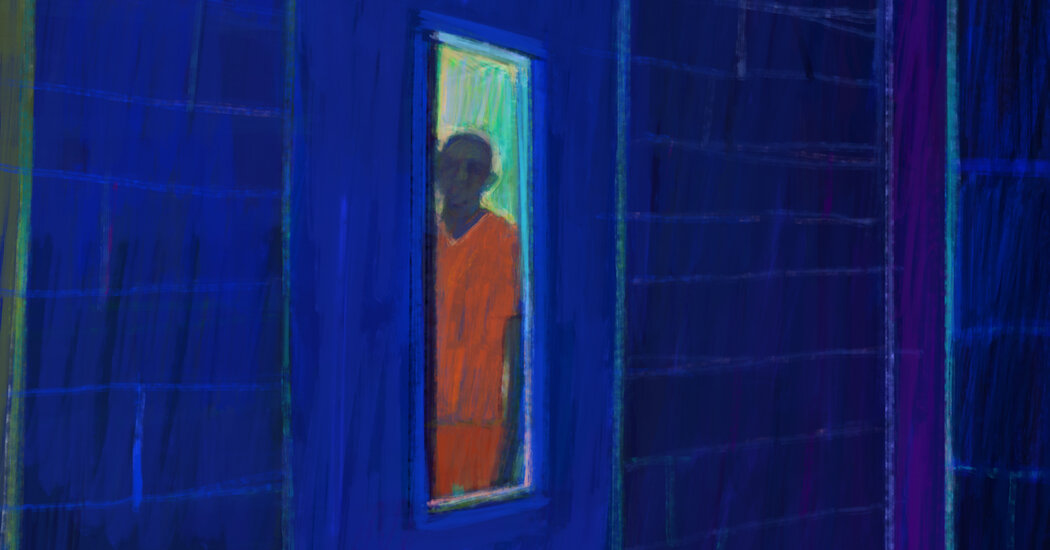 Staffing shortages compound these problems. As of early October, around 30 percent of New York City correction officers were unavailable to work with incarcerated people. The officers who did show up were sometimes pressed into double or triple shifts.

Some housing units go many hours without any officer inside. Those incarcerated at Rikers, New York City’s main jail complex, frequently go without the most basic of services — medical appointments, court dates, showers, family visits, religious services and more. The jails are awash in weapons, mostly metal and plastic shanks manufactured from the crumbling buildings and fixtures themselves. There is virtually no staff available to routinely search for and confiscate them.

90 percent of the human beings subjected to the appalling conditions at Rikers are there pretrial, many because they cannot afford bail. Almost 1,600 have been waiting for a trial for over a year. Almost 700 have been waiting for more than two. Languishing cases can drive up both the current epidemic of jail violence and recidivism.

The morally unacceptable and life-threatening crisis on Rikers Island has crystallized the need to close its long-dysfunctional jails permanently. But until they are shuttered, we need to enact safe, pragmatic and sensible strategies to bring the incarcerated population down to a level that the Department of Correction can realistically handle.

As a former New York State chief judge and as the chair of the Rikers commission, I urge our public officials to act before more lives are shattered or lost. There are a number of common-sense steps that the government can take to safely reduce the jail population.

For many months, the coronavirus forced courts to put trials on hold almost entirely. And now every time a judge, person on trial, lawyer, witness or courtroom staff member is exposed to Covid-19, it upends court proceedings.

Currently, according to New York State Department of Health Covid guidelines, indoor settings like courthouses should maintain at least six feet of distance between people. That generally means that more than one courtroom must be dedicated to each trial, limiting severely how many trials can occur at once.

To expedite criminal cases and shrink the number of people at Rikers, the court system needs to be given the flexibility to hold trials without the current, inefficient pandemic restrictions.

While the coronavirus is undoubtedly still a grave concern, including in city jails, where Covid-19 positivity rates are above those in the city as a whole, cases have generally and thankfully been declining. Everyone in courthouses is required to wear a mask. Correction officers are required to be vaccinated by Dec. 1.

Logic tells us that as vaccination rates go up and Covid rates continue to go down — subject to scientifically based evidence to the contrary — we can reduce social distancing to a minimum of three feet between people with masks, just as the Centers for Disease Control and Prevention now recommends for children in school.

Gov. Kathy Hochul should direct state health authorities to review their guidelines immediately. Adjusting those guidelines to better accord with present Covid realities would help the courts process cases more quickly and would help reduce the number of people jailed at Rikers at any given time.

The governor and Mayor Bill de Blasio should also continue their collaboration and start to move the 17 percent of people at Rikers with a serious mental illness out of destabilizing jails and into treatment facilities. Three New York State-run prisons in Manhattan sit empty or underused. Were Governor Hochul to transfer control of them to New York City, two could be modified to accommodate hundreds of people at Rikers with serious mental illness who need therapeutic settings.

The third prison should be swiftly converted into a facility for jailed women, 80 percent of whom have been treated for mental illness, and transgender people. It should be run as much as possible by nonprofits with experience providing trauma-informed care. That would ensure that women and transgender people are never again jailed on Rikers, where complaints of sexual assault have been more than double the national average for jails. It would also significantly reduce the size of the jail about to be built in Queens, which, when it opens, is slated to house all incarcerated women from across NYC.

Mayor de Blasio has committed to opening nearly 400 secure beds in New York City Health and Hospitals facilities for people with serious mental and physical needs. More than 100 are scheduled to come online in December 2022, and the rest will likely not be available for two years or more. We need these beds far sooner.

The city should also accelerate development of supportive housing for people with serious mental illness to help prevent their being arrested in the first place. Additional inpatient and outpatient treatment options in the community would help these people get and stay on their feet. In the absence of such options, judges are too often left with a decision between incarcerating someone with a serious mental illness pretrial or releasing them unaided to the streets.

Finally, Governor Hochul can continue her leadership by immediately putting into effect the parole reforms in the Less Is More Act, which is supported by a unique coalition of district attorneys and sheriffs, Republicans and Democrats, faith groups and formerly incarcerated people across New York. As demonstrated by places like Louisiana, Missouri and South Carolina, a mix of incentives and graduated sanctions of the sort in the Less Is More Act makes communities safer and reduces recidivism while reserving the heavy hammer of incarceration for more serious and repeated violations.

Carrying out those reforms now would ensure speedier hearings for people jailed at Rikers for allegedly violating parole rules — violations often tied to homelessness and mental illness, like leaving shelters and missing appointments. It would also enable judges, rather than parole officers, to determine whether people on parole should be incarcerated pending those hearings or redirected to treatment. The millions of dollars saved on unnecessary jail costs could then be invested in the mental health treatment and housing that many people on parole need.

Mayor-elect Eric Adams has said he will oversee the construction of smaller, modern, more humane community-based jails to replace the antiquated, dangerous facilities on Rikers Island. Construction of these local jails must proceed at a pace befitting the emergency we face, with work beginning in the next three to six months at the latest.

But for now, the steps outlined above would advance safety, fairness and justice and reduce the jail population by at least 2,000 people. These measures would contribute greatly to confronting the shameful nightmare we presently face and bring us closer to a safe, swift end to the daily tragedy that is Rikers.

A former chief judge of the State of New York and of the New York State Court of Appeals, Jonathan Lippman is Of Counsel at Latham and Watkins, LLP.