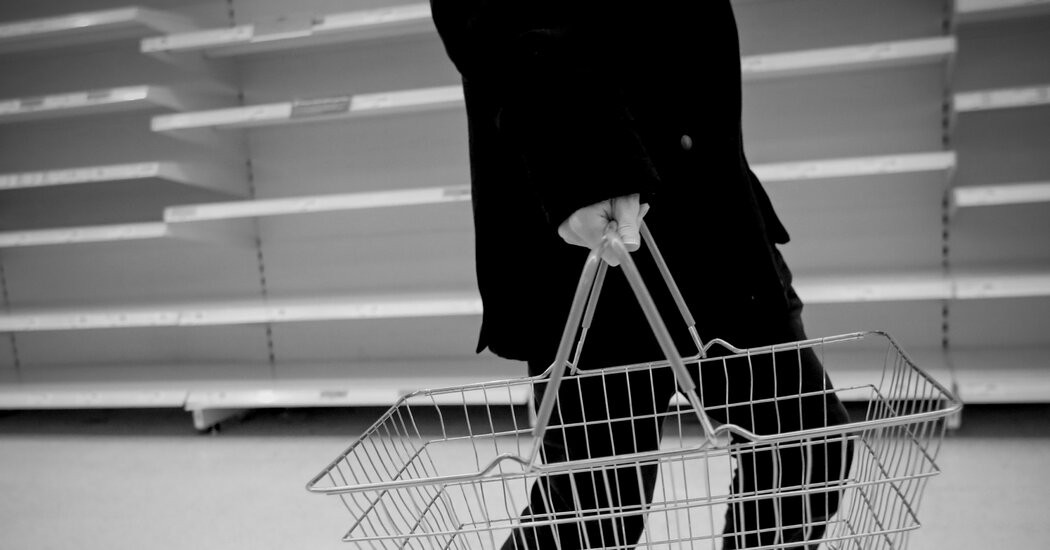 It’s been a troubled few months on the economic front. Inflation has soared to a 28-year high. Supermarket shelves are bare, and gas stations closed. Good luck if you’re having problems with your home heating system: Replacing your boiler, which normally takes 48 hours, now takes two or three months. President Biden really is messing up, isn’t he?

Oh, wait. That inflation record was set not in America but in Germany. Stories about food and gasoline shortages are coming from Britain. The boiler replacement crisis seems to be hitting France especially hard.

And one major driver of recent inflation, in America and everywhere else, has been a spike in energy prices — prices that are set in world markets, on which any one country, even the United States, has limited influence. Donald Trump has been claiming that if he were president, gas would be below $2 a gallon. How exactly does he imagine he could achieve that, when oil is traded globally and America accounts for only about a fifth of the world’s oil consumption?

In other words, the problems that have been crimping recovery from the pandemic recession seem, by and large, to be global rather than local. That’s not to say that national policies are playing no role. For example, Britain’s woes are partly the result of a shortage of truck drivers, which in turn has a lot to do with the exodus of foreign workers after Brexit. But the fact that everyone seems to be having similar problems tells us that policy is playing less of a role than many people seem to think. And it does raise the question of what, if anything, the United States should be doing differently.

So why does the whole world seem to be running on empty?

Many observers have been drawing parallels with the stagflation of the 1970s. But so far, at least, what we’re experiencing doesn’t look much like that. Most economies have been growing, not shrinking; unemployment has been falling, not rising. While there have been some supply disruptions — Chinese ports have suffered closures as a result of Covid outbreaks, in March a fire at a Japanese factory that supplies many of the semiconductor chips used in cars around the world hit auto production, and so on — these disruptions aren’t the main story.

Probably the best parallel is not with 1974 or 1979 but with the Korean War, when inflation spiked, hitting almost 10 percent at an annual rate, because supply couldn’t keep up with surging demand.

Is demand really all that high? Real final sales (purchases for consumption or investment) in the United States hit a record high but are roughly back to the prepandemic trend. However, the composition of demand has changed. During the worst of the pandemic, people were unable or unwilling to consume services like restaurant meals, and they compensated by buying more stuff — consumer durables like cars, household appliances and electronics. At their peak, purchases of durable goods were an astonishing 34 percent above prepandemic levels; they’ve come down some but are still very high. Something similar seems to have happened around the world.

Meanwhile, supply has been constrained not just by clogged ports and chip shortages but also by the Great Resignation, the apparent reluctance of many workers to return to their old jobs. Like inflation and shortages of goods, this is an international phenomenon. Reports from Britain, in particular, sound remarkably like those from the United States: Large numbers of workers, especially older workers, appear to have chosen to stay at home and perhaps retire early after having been forced off their jobs by Covid-19.

While the problems may be global, the political fallout is local: Shortages and inflation are clearly hurting Biden’s approval rating. But what could or should U.S. policymakers be doing differently?

As I’ve already suggested, energy prices are largely out of U.S. control.

A few months ago, there were widespread claims that enhanced unemployment benefits were discouraging workers from accepting jobs. Many states rushed to cancel these benefits even before they expired at a national level in early September. But there has been no visible positive effect on labor supply.

Should current shortages inspire caution about Democratic spending plans? No. At this point, the Build Back Better agenda, if it happens at all, will amount to only about 0.6 percent of G.D.P. over the next decade, largely paid for by tax increases. It won’t be a significant inflationary force; if anything, more spending on infrastructure would help alleviate inflationary pressures over time.

Other things might help. I’ve argued in the past that vaccine mandates, by making Americans feel safer about going to work and buying services rather than goods, could play a role in unclogging supply chains.

What’s left? If inflation really starts to look as if it’s getting embedded in the economy, the Federal Reserve should head it off by tightening policy, eventually by raising interest rates. It’s important to realize, however, that raising rates too soon could turn out to be a big mistake, since the Fed won’t have much room to cut rates if demand weakens.

The most important point, however, may be not to overreact to current events. The fact that shortages and inflation are happening around the world is actually an indication that national policies aren’t the main cause of the problems. They are, instead, largely inevitable as economies try to restart after the epic disruptions caused by Covid-19. It will take time to sort things out — more time than most people, myself included, expected. But a frantic attempt to restore the status quo on inflation would do more harm than good.