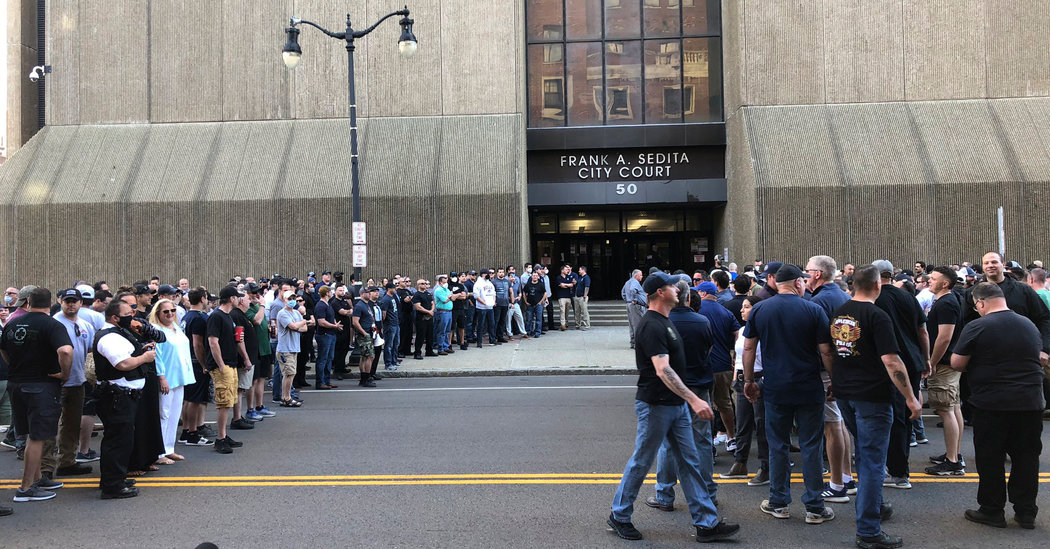 The national movement galvanized by the killing of George Floyd has created the possibility of transformational change to policing. One reform that has generated broad discussion is eliminating “qualified immunity,” the court-created doctrine that makes it difficult for people whose civil rights are violated by police officers to obtain money damages in lawsuits. There are good arguments for getting rid of this immunity, or at least seriously restricting it. But abolishing it is unlikely to change police behavior all that much.

Qualified immunity shields government officials from personal liability in federal lawsuits unless they violate “clearly established” federal law. That means that even if a police officer violates someone’s constitutional rights, the victim can’t obtain damages from the officer unless he or she can show that the officer violated a right explicitly recognized by a prior court ruling.

In theory, this requirement protects government defendants from unexpected liability when law changes. In practice, courts apply the doctrine aggressively to shield officers from lawsuits unless plaintiffs can point to other cases declaring essentially identical conduct unconstitutional — a difficult hurdle, even when police conduct appears clearly wrong.

Indeed, even if the former police officer Derek Chauvin is convicted of murdering Mr. Floyd, it’s quite plausible that a court could refuse to hold him liable for violating Mr. Floyd’s constitutional rights if his lawyers were unable to point to an earlier case making clear that the specific action Mr. Chauvin took — kneeling on a restrained person’s neck for more than eight minutes — was unconstitutional.

In recent years, an unlikely coalition seeking to end qualified immunity has emerged. Left liberals and libertarians argue that qualified immunity improperly denies recovery to injured persons and encourages police misconduct. At the same time, some legal conservatives have questioned qualified immunity’s doctrinal foundations. These critics argue that the Supreme Court improperly innovated when first recognizing the doctrine, which isn’t enumerated in the Constitution or in any federal statute.

Calls for reform are picking up. Liberal and conservative members of Congress have introduced legislation to abolish qualified immunity in the wake of the Floyd killing, though Senate Republicans say they will oppose eliminating it. Supreme Court justices at opposite ends of the ideological spectrum — Clarence Thomas and Sonia Sotomayor — have recently questioned the court’s qualified immunity jurisprudence, although the court has refused to reconsider the doctrine, as it did again on Monday.

There are compelling arguments against qualified immunity. One is compensation: People who are harmed by the police (or those people’s families, in cases of police killings) should have a way to obtain money for medical bills and for pain and suffering. Whatever one’s approach to legal interpretation, it’s hard to justify letting judges make up rules to deny people remedies for serious violations of their constitutional rights.

But we should also understand that eliminating qualified immunity is no surefire solution to police misconduct. Courts interpret constitutional rights against police violence quite narrowly, and it is unlikely they will provide redress for a great deal of troubling police conduct even without qualified immunity.

Supreme Court doctrine permits police officers to use deadly force when they have “probable cause” to believe someone “poses a threat of serious physical harm.” The standard is highly deferential. As the court has said, judges must make “allowance for the fact that police officers are often forced to make split-second judgments — in circumstances that are tense, uncertain, and rapidly evolving — about the amount of force that is necessary in a particular situation.”

In practice, these constitutional rules often prevent courts from second-guessing police use of deadly force. Even where smarter tactics could have prevented death, courts will find no violation so long as the officer can plausibly argue that he feared he was under threat at the moment he used deadly force. In these cases, ending qualified immunity won’t make a difference.

Certainly, eliminating qualified immunity will make some cases easier to win for plaintiffs. And one might think that the threat of civil liability will cause officers to act more cautiously. But in practice, officers almost never personally pay judgments when they are found liable. A large study of lawsuits involving state and local police departments by a U.C.L.A. law professor, Joanna Schwartz, found that over 99 percent of the time, the department indemnified police-officer defendants — meaning that the officers didn’t pay a cent out of their own pockets, even when found to have violated someone’s constitutional rights.

If police departments are largely footing the bill, perhaps the increased liability risk would encourage them to take more steps to prevent abuses. But governments are not profit-maximizing entities, and they do not respond to costs the way private businesses do. Sometimes, politicians may conclude it’s easier to just keep paying judgments rather than change police culture in meaningful ways.

The City of Chicago, for example, over the past 15 years has spent many hundreds of millions of dollars in payouts and legal fees in civil cases involving police. Yet that high bill doesn’t seem to have prompted the city to fundamentally rethink its approach to policing. If Chicago makes real changes, it will be because the voters demand it — not because of litigation.

In the end, the best argument for eliminating qualified immunity is less about deterrence and more about symbolism. Qualified immunity routinely requires courts to say that there will be no penalty for a police officer who has violated the Constitution. That sends the message — to officers and the public — that the police are above the law.

That is the wrong message.

Daniel Epps is an associate professor of law at Washington University in St. Louis, where he teaches criminal law and criminal procedure.