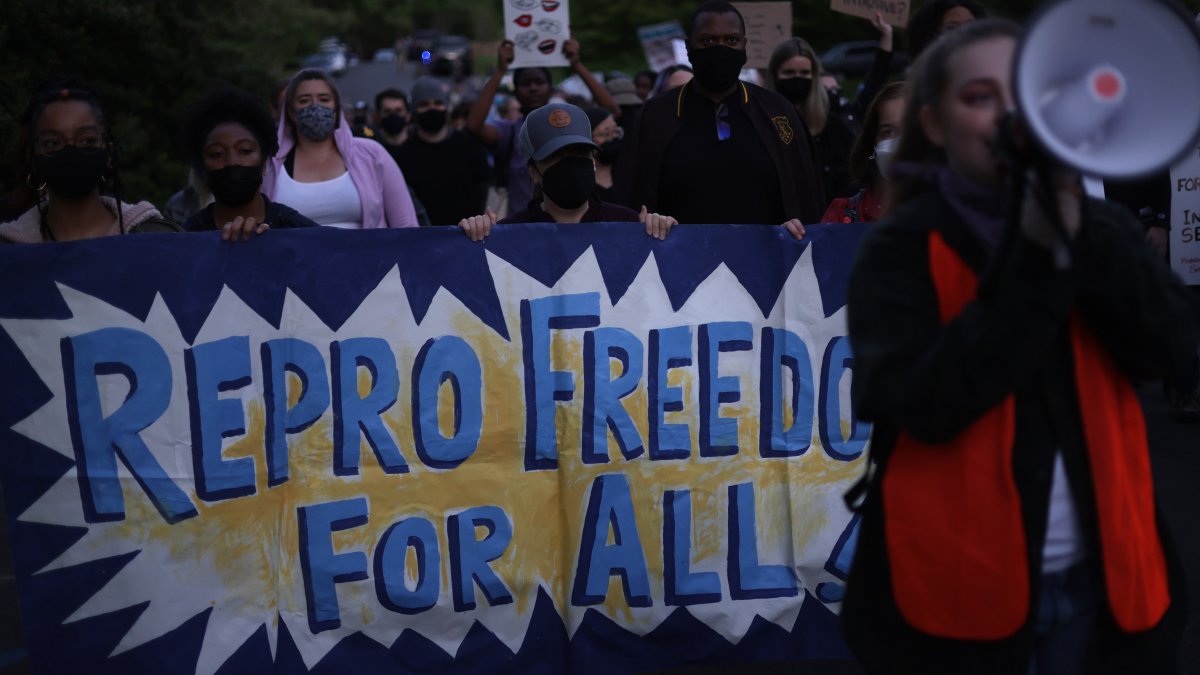 A group of about 150 protesters marched to Alito’s residence from a nearby strip mall in Fairfax County, Virginia, carrying banners and signs while chanting, “When mothers lives are under attack, what do we do? Stand up, fight back,” and “Keep abortion safe and legal.”

There was no indication that Alito, who authored the leaked draft opinion that would overturn Roe v. Wade, was home at the time. The peaceful rally lasted around 20 minutes and there was a heavy police presence.

President Joe Biden expressed concern Wednesday for the Supreme Court’s leaked draft opinion which could overturn precedent on abortion rights. “What are the next things that are going to be attacked?”