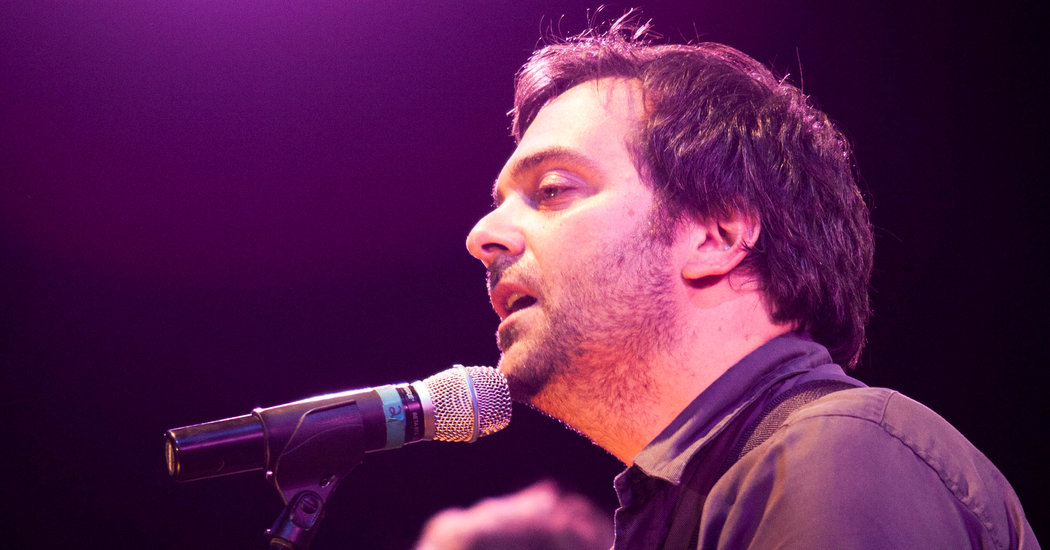 This obituary is part of a series about people who died in the coronavirus pandemic. Read about others here.

Adam Schlesinger, an acclaimed singer-songwriter for the bands Fountains of Wayne and Ivy who had an award-winning second career writing songs for film, theater and television, died on Wednesday in Poughkeepsie, N.Y. He was 52.

The cause was complications of the coronavirus, his family said.

In Fountains of Wayne, which was started in 1995, Mr. Schlesinger and Chris Collingwood perfected a novelistic form of hummable pop-rock in a style derived from the Kinks and from 1970s groups like Big Star and the Cars.

Adored by critics, Fountains of Wayne — in which Mr. Schlesinger played bass and Mr. Collingwood played guitar and sang lead vocals — became a cult favorite but had modest record sales. Its most famous moment came in 2003 with “Stacy’s Mom,” a winking novelty track about a teenage boy infatuated with a friend’s mother. With a racy video featuring the supermodel Rachel Hunter, the song made it to No. 21 on Billboard’s Hot 100 chart.

Almost from the start of his career, Mr. Schlesinger found success in other mediums. He wrote the Beatles-esque theme song to “That Thing You Do!,” a 1996 film directed by Tom Hanks about an also-ran 1960s rock band; like the best Fountains of Wayne songs, “That Thing You Do!” had an instantly catchy melody, a twisting chord progression and plenty of wordplay.

The movie brought Mr. Schlesinger nominations for an Academy Award and a Golden Globe. He also won three Emmys, including one last year for his songs on the 2010s TV show “Crazy Ex-Girlfriend,” which often threaded campy, Broadway-style numbers into its plot.

As a journeyman songwriter, he also wrote jingles for the Maryland State Lottery and Gillette.

Mr. Schlesinger received two Grammy nominations with Fountains of Wayne, but his sole trophy was for his work with David Javerbaum — another frequent collaborator — on Stephen Colbert’s “A Colbert Christmas: The Greatest Gift of All!,” which took best comedy album in 2010.

In the theater, Mr. Schlesinger worked with Mr. Javerbaum to write songs for the 2008 Broadway musical “Cry-Baby,” based on John Waters’s 1990 film of the same title. That earned them a Tony nomination in 2008, and Mr. Schlesinger and Mr. Javerbaum worked together again in 2015 on the play “An Act of God.”

Adam Lyons Schlesinger was born in Manhattan on Oct. 31, 1967, and grew up in Montclair, N.J. He studied philosophy at Williams College in Massachusetts, where he met Mr. Collingwood.

After graduation, Mr. Schlesinger went to New York, where he founded the group Ivy with Andy Chase and Dominique Durand, while Mr. Collingwood moved to Boston. The two men later reconnected in New York and founded Fountains of Wayne, writing most of the songs for their first album in a West Village bar.

The band was signed by Atlantic Records and released its first album, “Fountains of Wayne,” in 1996. With jagged guitars and sneering vocals on songs like “Radiation Vibe,” the band fit the mold of post-grunge alternative rock.

But Mr. Schlesinger and Mr. Collingwood stood out with witty and sharp-eyed lyrics. Melody and location were central elements to their music, a lesson they derived from Ray Davies of the Kinks, as Mr. Schlesinger told The New York Times in an interview in 1999 for the band’s second album, “Utopia Parkway,” named after a road in Queens.

“When we were teenagers, we liked listening to Kinks records because we’d never been to England, and we got a sense of what it was like to live there,” Mr. Schlesinger said.

With minimal sales, though, the band was dropped from Atlantic. It released its next album, “Welcome Interstate Managers,” in 2003 on the small label S-Curve. The album found some success with “Stacy’s Mom” and reached No. 3 on The Village Voice’s critics’ poll for that year.

Fountains of Wayne released two more studio albums, “Traffic and Weather” (2007) and “Sky Full of Holes” (2011), but has been on hiatus since.

In recent years, Mr. Schlesinger had devoted himself to “Crazy Ex-Girlfriend” and to the theater world. Two of his Emmy wins were for songs he wrote with Mr. Javerbaum that were performed during Emmys telecasts: “It’s Not Just for Gays Anymore,” which won in 2012, and “If I Had Time,” in 2013.

More recently, Mr. Schlesinger had been collaborating with Sarah Silverman on a stage adaptation of her memoir, “The Bedwetter,” which was scheduled to begin performances Off Broadway this month at the Atlantic Theater Company, but was delayed by the pandemic; he wrote the music, and co-wrote the lyrics with Ms. Silverman. And he had begun working with Rachel Bloom of “Crazy Ex-Girlfriend” to write songs for a musical adaptation of the TV show “The Nanny,” which is in development and aimed at Broadway.

Mr. Schlesinger is survived by his parents, Bobbi and Stephen Schlesinger; two daughters, Sadie and Claire Schlesinger; a sister, Laurie Rose; and his partner, Alexis Morley. His marriage to Katherine Michel ended in divorce.

Mr. Schlesinger’s mother, a former public relations executive, has sometimes been credited with suggesting the name Fountains of Wayne, but in an interview on Wednesday, she refuted that.

Her son had been playing music and writing songs from the time he was a child, she said, and from a young age had an eye on a garish, only-in-New Jersey lawn ornament shop in Wayne, N.J.

“Every time we drove past it,” Ms. Schlesinger said, “Adam would say, ‘Fountains of Wayne. That would be a great band name.’”