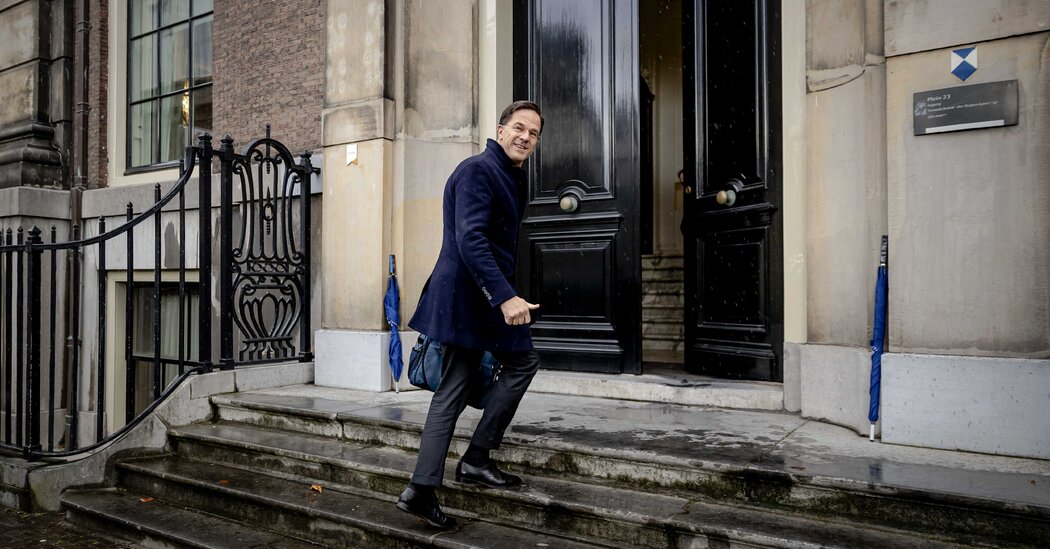 Mark Rutte, who has weathered a scandal and criticism for overstaying his welcome, will be prime minister for a fourth term.

After nine months of negotiations among a group of fractious political parties after an election in the spring, the Netherlands finally has a new government.

But it will not have a new leader; that position has been taken by Mark Rutte, who will be starting a fourth term as prime minister. It is a testament to his ability to weather crises and shake off a scandal that brought down his previous coalition last January — earning him the nickname “Teflon Mark.”

Mr. Rutte’s party will be in coalition with the same two centrist parties and a more right-leaning Christian party that made up the last government.

“It took too long,” Mr. Rutte acknowledged in brief remarks when announcing the formation of the four-party coalition that will be led by his Party for Freedom and Democracy. Mr. Rutte, who is known for his sober lifestyle, has been leading the Netherlands since 2010, and he has been criticized in recent years for clinging to power. He has said that he will lead the country with renewed “zeal.”

The road to Mr. Rutte’s fourth term started after his previous cabinet resigned over a scandal involving overzealous tax authorities who had hunted down a number of innocent families, often after racial profiling, and accused them of falsely claiming child care benefits. Many were forced to repay huge amounts of money, reducing them to ruin.

But Mr. Rutte faced perhaps the biggest crisis in his career as the country’s caretaker prime minister after the resignation of his cabinet amid widespread calls for systematic change in the Netherlands and for his departure from the political stage. But he weathered the criticism, and opposition from the far-right parties that have been gaining ground in the Netherlands in recent years; he won the March elections by a landslide.

On Wednesday, Mr. Rutte and other leaders in his centrist coalition announced that an extra 35 billion euros, about $40 billion, would be allocated over the coming 10 years to help Dutch people make the transition to greater energy efficiency as part of efforts to tackle climate change.

The government said it also planned to free up more money to address housing shortages, health care and education and more subsidies for child care, areas that Mr. Rutte’s previous administration had been criticized for cutting back.

“Rutte came in as a budget hawk,” who trimmed government spending and increased some taxes, said Tom-Jan Meeus, a political columnist for the newspaper NRC Handelsblad. “Now he is advocating spending, also because that was the only way to get other parties on board with another term of him leading the government.”

Talks with coalition partners dragged on for months, highlighting the increasing complexity of forming coalition governments in a changing political landscape with the emergence of populists and fringe parties. In the Netherlands and other northern European countries, traditional parties have lost lots of ground to numerous smaller parties, making it harder and harder to form compromise governments.

The departure of Angela Merkel, who led Germany for 16 years, makes Mr. Rutte one of the longest continuously serving leaders in Europe. He shares that position with one of his political enemies, Viktor Orban, the prime minister of Hungary, who has been his country’s leader continuously since 2010.

In June, Mr. Rutte challenged Mr. Orban to “leave the European Union,” after Hungary created a law that several other European countries said undermined the rights of L.G.B.T.Q. people. Mr. Orban later replied that he was persuaded that Mr. Rutte “hated” him.