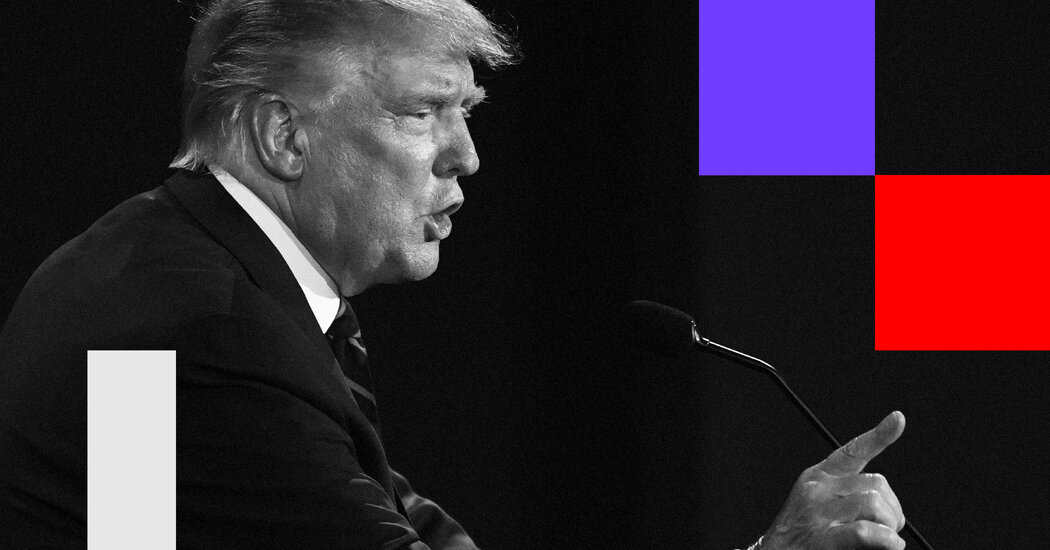 I wasn’t in the crowd of people who believed Joe Biden shouldn’t deign to debate President Trump, but put me in the crowd that believes he shouldn’t debate him again. Not after Tuesday night’s horror show: a disgrace to the format, an insult to the country, a nearly pointless 90 minutes.

And, I should add, a degradation of the presidency itself, which Trump had degraded so thoroughly already. He put on a performance so contemptuous, so puerile, so dishonest and so across-the-board repellent that the moderator, Chris Wallace, morphed into some amalgam of elementary-school principal, child psychologist, traffic cop and roadkill.

No matter how Wallace pleaded with Trump or admonished him, he couldn’t make him behave. But then why should Wallace have an experience any different from that of Trump’s chiefs of staff, of all the other former administration officials who have fled for the hills, of the Republican lawmakers who just threw up their hands and threw away any scruples they had? Trump runs roughshod over everyone and everything, and on Tuesday night in Cleveland he ran roughshod over the idea that two presidential candidates presenting rival visions for America should do so with at least a small measure of dignity and an iota of decorum.

“Mr. President, I’m the moderator of this debate, and I would like you to let me ask my question,” Wallace said early on, trying in vain to contain one of Trump’s tantrums and wrestle him into submission. I’d seen debate moderators get perturbed. Wallace bordered on plangent.

“I guess I’m debating you, not him, but that’s OK,” Trump shot back. “I’m not surprised.” Of course not. To be Trump is to be accustomed to an unjust world unimpressed with your majesty.

He plumbed uncharted presidential-debate depths of nastiness. When Biden, objecting to Trump’s reported dismissal of people who serve in the military as “losers,” brought up his son Beau’s tour of duty in Iraq, Trump brought up the past cocaine use of Biden’s other son, Hunter. And looked impressed and delighted with himself for doing so.

When Trump was challenged on holding huge rallies where supporters pressed tight together, the coronavirus be damned, he said that Biden would do likewise if he could just get anyone to show up.

When Biden said that Trump needed to get “smarter” about the pandemic, Trump erupted, a Vesuvius of petulance and pettiness. “Did you use the word smart?” he asked. “Don’t ever use the word smart with me. Don’t ever use that word. Because you know what? There’s nothing smart about you, Joe.” His voice was so thick with unwarranted condescension that it made my skin crawl.

When Biden noted that under Trump’s watch, our country became the world leader in recorded deaths related to Covid-19, with more than 200,000 Americans gone, Trump’s retort was a claim so hyperbolic that I didn’t know whether to laugh at its inanity or cry over its insanity. He said that if Biden had been president, two million people would have died.

I’m not exaggerating when I say that Trump was breathtaking, and I may even be paying him something of a compliment, because it takes a peerless combination of audacity and mendacity to pull off some of what he pulled off.

On taxes, for example: He turned the revelation that he had paid only $750 in federal income taxes for each of two recent years into an indictment of Biden, as a former senator and vice president, for creating so many tax loopholes.

On federal judges: His boast of appointing scores and scores of them segued into a rebuke of President Barack Obama and Biden for leaving behind so many vacancies, as if they’d simply forgotten about them­. Not exactly. Mitch McConnell, the Senate’s Republican majority leader, blocked the Obama administration from filling many of them, and then, after Trump was inaugurated, abetted him.

On the integrity of the upcoming vote count: He pivoted from Wallace’s question about whether he would refrain from declaring victory “until the election has been independently certified” into a fresh exhortation that his supporters serve as poll watchers, looking out for sketchy activity. He’s going to get people hurt. I mean, on top of all the people he has hurt already.

Responding to this pile of bile, Biden was hardly a choir boy. “You’re the worst president America has ever had,” he said at one point. He repeatedly called Trump a liar and several times called him “this clown.”

“Will you shut up, man?” Biden said to him. “This is so unpresidential.”

But Biden was right: Trump wouldn’t shut up, and wasn’t remotely presidential, and to the extent that Biden occasionally flung mud of his own, well, when you’re dragged into the pigsty, you have no other choice.

Mostly, though, Biden shook his head as Trump ranted and raged. He smiled dismissively. He looked at Wallace or at the camera or anywhere but at Trump, his lack of eye contact a suggestion that some nonsense — and some nonsense purveyors — are best ignored. His obvious strategy was to treat Trump as part spectacle, part joke, all embarrassment. Which is precisely how Trump deserved to be treated.

Who won and who lost? I know I’m supposed to make something of a determination along those lines, but that’s not how this debate went down. Trump talked more and faster and louder, which was clearly his strategy: Be so damned vivid that Biden would look even paler than usual.

In this Trump was successful. He had more fire — but dangerously, even dementedly, so. He never wore Biden down, but at moments he wore Biden out: Listening to Biden’s sentences peter out could be like hearing the air seep from a tire.

I needn’t spell out who that man is.

But I have a message for him, and I’m serious: Don’t do this again. You showed your willingness. You showed up. But another of these fiascos is beneath you. I’d add that it’s beneath America, if there’s even such a thing anymore.