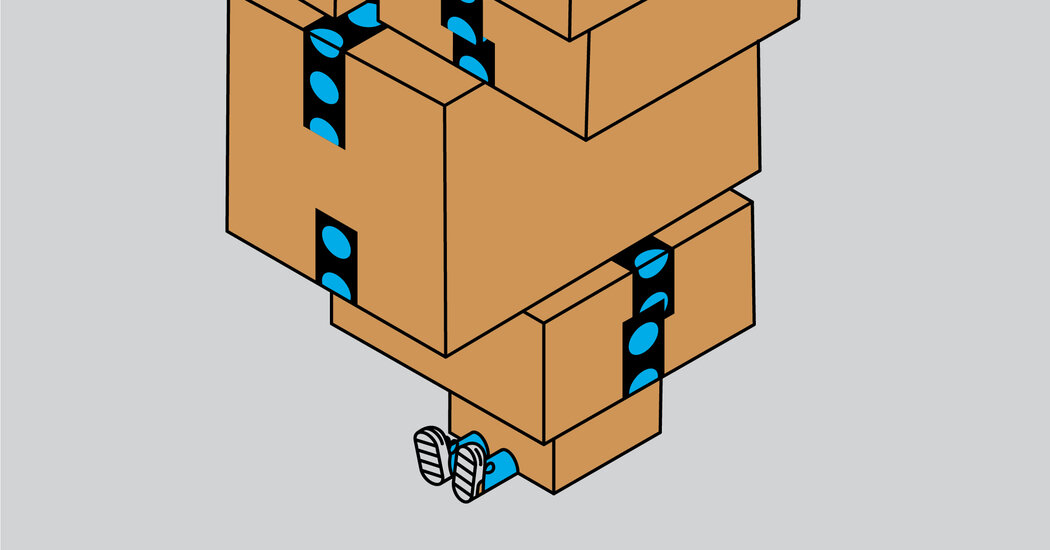 Corporate America keeps squeezing the humanity out of the workplace.

It is easy to imagine that Amazon executives popped champagne corks over the weekend after quashing the union drive in Bessemer, Ala. After a bruising fight, workers at the warehouse, in a suburb of Birmingham, rejected joining a union by more than a two-to-one ratio, chilling future union organizing efforts at the nation’s second-largest private employer.

In its bitter battle against the Retail, Wholesale and Department Store Union, Amazon won much more than a reprieve from labor’s advances; at stake in Alabama was securing corporate America’s carefully constructed supremacy over its workers.

Amazon was standing up for the big guys.

Sure, collective bargaining threatens to bring Amazon new headaches in the form of increased compensation, but after 2020’s blowout profits ($21.3 billion!), the company can certainly absorb new costs. Far more frightful for the company, however, would be union-negotiated job classifications in Amazon’s tightly controlled warehouses and clearer rules about break time or bathroom use and how easily the sites can be staffed up for peak periods, like Christmas, and pared back during leaner ones.

Catherine Fisk, a labor and employment law professor at the University of California, Berkeley, said that recently failed pro-labor drives portend a future in which worker protections are whittled away in service of on-demand workplaces that can be dialed up or down to match consumers’ needs.

Americans — workers and employers alike — may have difficulty grasping the size and scope of the seismic changes that will soon be upon them. The combination of better technology and its unfettered deployment means that more and more inefficiencies will be wrung out of the workplace, even if that’s the extra minute or two spent in the bathroom.

Workers may become more productive for their employers, but that can come at the cost of their humanity. It could mean shifts of just an hour or two per day, huge variability in wages from one day to the next and strict monitoring to ensure productivity quotas are met.

Amazon, for instance, has required some of its delivery drivers to consent to the use of cameras that can detect their location, speed and turns and even whether they yawn or appear distracted. There is no corporate ladder for gig workers, and their wages and even access to the apps can be altered with no notice and little recourse.

“It’s great for those who stand to profit from this kind of labor, like C-suite executives and venture capitalists and private equity,” said Ms. Fisk. “But in places like the Bay Area and New York, Uber drivers can no longer afford to live anywhere near where they work.”

Warehouse employees are encouraged not to think creatively but simply to make rate, which has increased markedly with the addition of automation and robotics. Drivers for Amazon, Uber and DoorDash, fulfilling the companies’ speedy-delivery promises, are pushed by software algorithms to shave seconds off each fare and drop-off or risk losing their jobs.

The pandemic has put a fine point on the power imbalance. While deemed essential, many workers have nonetheless lost what little agency they had before the coronavirus outbreak.

Faced with the prospect of having to treat their workers as employees as a result of a California law, Uber pooled more than $200 million last year with Lyft, DoorDash, Postmates and Instacart to successfully push a ballot initiative known as Prop 22, which overturned the state law and ensured that drivers would be classified as contract workers, ineligible for full health benefits, an unemployment lifeline or the prospect of advancement.

Gig work companies have been celebrating by trying to foist similarly restrictive measures on states nationwide and abroad. As a result of the companies’ work force structures, states and the federal government miss out on hundreds of millions of dollars in unemployment fund contributions, putting a burden on taxpayers.

As part of Uber’s campaign to convince courts and regulators that the California law shouldn’t apply to it, the company last year created a program allowing drivers to set their own fares and choose some routes based on destination — freedoms they didn’t enjoy elsewhere. But with the passage of Prop 22, the illusion of driver agency was no longer useful, and Uber said last week that it was ending the program.

Proponents of Prop 22 said the measure would benefit consumers by ensuring sufficient driver supply and by keeping prices predictably low. Yet the gig companies almost immediately raised prices to pay for the limited benefits the new law ensured.

To ferry shoppers their household goods, Amazon workers packed into warehouses and delivery vans even as the Covid-19 pandemic ravaged the country. But when they sought a greater voice in the Alabama warehouse, Amazon hauled them into multiple mandatory information sessions, plastered the warehouse and bathroom stalls with anti-union messaging and posted tweets to disingenuously defend itself against allegations that its productivity demands require workers to urinate in bottles. The company later apologized after media outlets delivered a slew of reports demonstrating that some workers do relieve themselves in containers while on the job to meet their quotas.

The company is also expanding an experiment with workstation video games to compel greater output from workers plucking items off robotic shelves. Far from being fun, the games demonstrate the retailer’s esteem for productivity over worker fulfillment.

Amazon touted its $15-per-hour wages, which exceed the federal minimum of $7.25. In truth, both are insufficient. And Amazon has built in purposeful obsolescence for those warehouse jobs, capping raises after three years of service unless the worker is promoted, according to Bloomberg. This encourages a constant supply of new, lesser-paid workers. The company dangles $1,000 bonuses for workers to quit — a meaningful savings if they are replaced with laborers at the $15-per-hour minimum.

There is room for a real debate about whether most workers would even want to join a union, given a choice. (Union membership last year slipped to just 11 percent of eligible workers, from 20 percent in 1983, according to Bureau of Labor Statistics data.) But Amazon wanted to ensure that would never happen, including by pushing the lie that workers would be required to pay dues, though Alabama is a right-to-work state.

Union officials said Amazon’s tactics were effective — just over half of eligible workers even cast a ballot — and it was a high bar to clear in a region that remains deeply skeptical of unions.

One thing unions can do is expose everyday injustices and push for improvements without fear of direct reprisal. The Independent Drivers Guild, a group of New York City Uber drivers affiliated with the International Association of Machinists and Aerospace Workers, helped ensure workers could get tips and a wage floor, dignities the ride-hail company had resisted.

The Protecting the Right to Organize Act wending its way through Congress offers some hope for workers who favor collective bargaining, including prohibiting mandatory anti-union meetings and creating financial penalties for threatening or dismissing workers who engage in union activities.

Workers used to serve as a check on corporate America’s worst offenses. Restoring some of that power is a good thing, not an obstacle to industry’s success.