Not so long ago, the US tech industry was the global leader not only in imagining a better tomorrow but actually building it. It brought people closer together, broke down old power structures, and empowered individuals to understand the world in entirely new ways. But in time, the titans of the industry—Google, Amazon, Facebook, Microsoft, and Apple—largely captured control of the digital economy. Now, rather than bringing forth radically better ideas, these five super-large corporations increasingly spend their days appropriating other peoples businesses and devising new ways to manipulate individuals and society as a whole.

There are many problems with how these corporations use their power. For starters, as anyone tracking this election cycle understands, many of these platforms’ policies directly threaten democracy, and their hold over the advertising industry has proved catastrophic for news publishers. These behemoths also threaten our personal liberties by storing and wielding vast tranches of data about almost every company and individual in the nation, then using it to direct some of our most intimate actions and decisions.

One of the biggest problems is that the vast reach of these corporations—combined with their growing dominance over almost every corner of our capital markets—gives them the power to shape almost all information technologies to serve their interests. And they are fast moving to capture the same control in energy, health, transportation, and entertainment. Absent action, Google, Facebook, and Amazon will shape all these technologies in ways designed to serve only their particular business models and the personal interests of their owners, even if the result is to stifle vital future innovation.

It’s time for Silicon Valley to get back to the business of building utopia. And despite widespread fear that regulators will never be able to keep up with the pace of innovation, the task will likely prove easier than we expect. The tools for curbing Silicon Valley’s power are already available and, in some cases, have been for hundreds of years. Indeed, one key to fixing the problem dates back 400 years to a battle in Parliament aimed at bringing the king under the rule of law.

The dilemma the US faces today is not so different from that of 17th-century England. Back then, rather than Jeff Bezos and Mark Zuckerberg taking what belongs to the little guys, it was Queen Elizabeth. By 1601, she had figured out how to concentrate ever more political power in her own hands by rewarding allies with licenses to govern a particular economic activity, such as the sale of iron, salt, tin, beer, even playing cards. In exchange, the fresh-minted monopolist was to devote large portions of their new wealth and power to the interests of the queen.

The political problem of such a system is obvious: No one will dare openly oppose the sovereign, for fear she will seize their business and give it to some new friend. So too the economic problem. When the queen can take anyone’s property at will, there’s little incentive to invest in new ventures. If it has any success, she will likely end up with both the profits and de facto control over the new business itself. 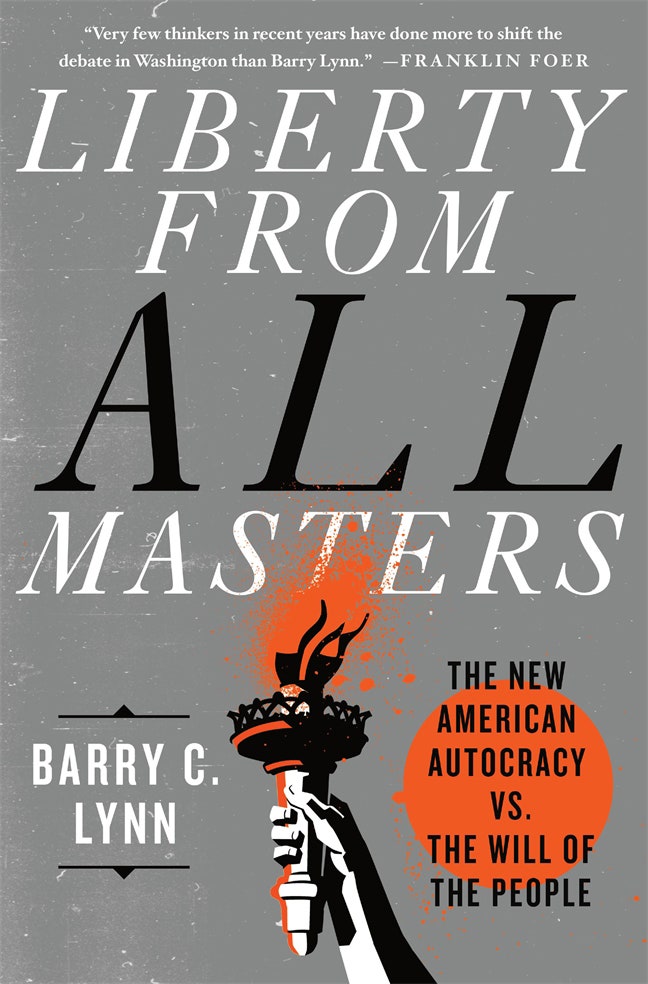 Buy This Book At:

Parliament never managed to rein in Elizabeth. But her successor, James, was less adept at keeping his opponents in disarray. And so, under the leadership of a lawyer named Edward Coke, Parliament in 1624 passed the Statute of Monopolies. This outlawed all grants of monopoly, with the exception of special “patents” for demonstrably new ideas.

At a stroke, Coke and his colleagues established a rule of law that protected property from seizure, making it far safer for individuals to speak their mind. They also made the world safer for innovators, as the new patent system protected new ideas from both theft by the state and by powerful private actors.

Years later, John Adams would call Coke “the oracle of the law.” One of the great achievements of the US Constitution was to put Coke’s rule of law on even firmer footing than in Britain.

The value of this decision was proven most dramatically in the mid 19th century, after the introduction of two revolutionary technologies: the railroad and telegraph. Americans found themselves confronted by vast networked corporations that provided essential services. The owners of these corporations enjoyed prerogatives much like those Elizabeth and James once held, to arbitrarily pick who got to market and who did not.