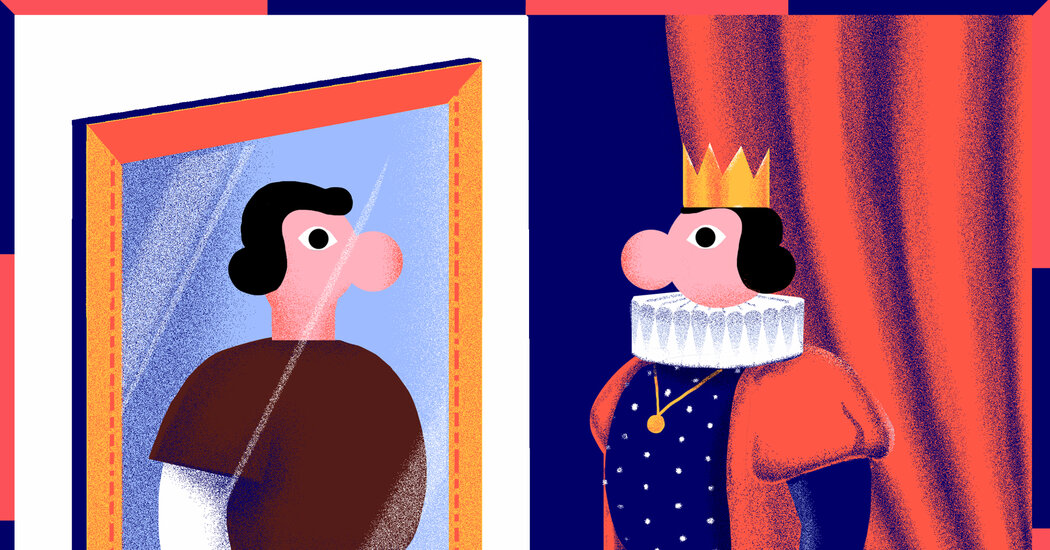 Why do members of the political elite insist that they’re not?

America’s most powerful people have a problem. They can’t admit that they’re powerful.

Take Andrew Cuomo. On a recent call with reporters, the embattled Mr. Cuomo insisted that he was “not part of the political club.” The assertion was confounding because Mr. Cuomo is in his third term as governor of New York — a position his father also held for three terms. Mr. Cuomo has also served as state attorney general and as secretary of the Department of Housing and Urban Development.

Or think of Avril Haines, the director of national intelligence. After her appointment was announced, Ms. Haines declared, “I have never shied away from speaking truth to power.” That is a curious way of describing a meteoric career that includes stints at exclusive universities, a prestigious judicial clerkship and important jobs in foreign policy and intelligence before her appointment to a cabinet-level office overseeing a budget of more than $60 billion.

This sort of false advertising isn’t limited to Democrats. Senator Josh Hawley of Missouri, for instance, has embraced an image as a populist crusader against a distant “political class.” He does not emphasize his father’s career as a banker, his studies at Stanford and Yale Law School, or his work as clerk to prominent judges, including Chief Justice John Roberts. The merits of Mr. Hawley’s positions are open to debate. But his membership in the same elite that he rails against is not.

And it’s not only politicians. Business figures love to present themselves as “disrupters” of stagnant industries. But the origins of the idea are anything but rebellious. Popularized by a Harvard professor and promoted by a veritable industry of consultants, it has been embraced by some of the richest and most highly credentialed people in the world.

Examples could be multiplied, but these cases are enough to show that the problem of insiders pretending to be outsiders cuts across party, gender and field. The question is why.

Part of the explanation is strategic. An outsider pose is appealing because it allows powerful people to distance themselves from the consequences of their decisions. When things go well, they are happy to take credit. When they go badly, it’s useful to blame an incompetent, hostile establishment for thwarting their good intentions or visionary plans.

Another element is generational. Helen Andrews argues that baby boomers have never been comfortable with the economic, cultural and political dominance they achieved in the 1980s. “The rebels took over the establishment,” she writes, “only they wanted to keep preening like revolutionaries as they wielded power.” The tension between boomers’ countercultural youth and adult responsibilities is memorably depicted in films like “The Big Chill.”

Both strategic and generational factors help explain Al Gore, who claimed to represent “the people versus the powerful” in his 2000 campaign against George W. Bush. Compared with a Yale graduate, son of a former president and grandson of a senator, perhaps Mr. Gore — a Harvard graduate, incumbent vice president and son of a senator — did count as one of the common people. But Richard Nixon, an object of boomer hatred, inveighed against the status quo as bitterly as any hippie. Refusal to accept responsibility is not just a boomer quirk. Its roots lie deep in American culture.

Consider “Mr. Smith Goes to Washington,” the celebrated 1939 film directed by Frank Capra. The plot depicts an honest man who exposes the corruption of public officials and civic institutions at great personal risk. Jeff Smith’s conviction that true power lies elsewhere than in legal authority makes him a pariah in the clubby Senate of the movie. But he would have been right at home on cable news.

The film was effective because it dramatized even older myths. Smith is likened to Honest Abe, the humble rail-splitter who overturned the slave power by announcing the axiomatic truth of human equality. The reality, though, is that Abraham Lincoln was a railroad lawyer and party activist who demonstrated extraordinary ability in back-room dealing and bureaucratic oversight. He was a successful president because he was part of the political club — or at least knew how to join it.

In some ways, Americans’ identification with idealistic rebels is an advantage. There are good reasons to be skeptical of career politicians and entrenched elites. Even when they don’t have all the answers, outsiders can draw attention to unrecognized problems.

That skepticism becomes dangerous, though, when it pits an unconventional affect and good intentions against the practical demands of governing. The defining task of politics isn’t to speak truth to power. It’s to use power to achieve shared goals.

In his 1919 lecture “Politics as a Vocation,” the sociologist Max Weber argued that commitment to moral principles must be combined with an “ethic of responsibility” that aims to deliver results through negotiation, compromise, institutional know-how. Our cult of the outsider makes this balance impossible.

It is hard to change deeply rooted cultural tendencies. But there are strategies that might help us reconcile the performance of disruption with the demands of responsibility.

But none of this has anything to do with power. We should judge public figures by the arguments they make and the results they deliver, not whether they eat caviar, kale or capocollo.

Next, we need to learn from historical figures who embraced Weber’s “ethic of responsibility.” Challenges to the so-called great man theory of history redirect attention from those who made decisions to those who experienced their consequences. The problem is that reading history only “from the bottom up” deprives us of models for navigating dilemmas of vision and responsibility, intention and outcome. We honor and study consequential historical figures because they were flawed human beings who made incredibly hard decisions. Canceling their stories and monuments prevents us from understanding why they succeeded — and failed.

Finally, we need to be honest: America has a de facto ruling class. Since World War II, membership in that class has opened to those with meritocratic credentials. But that should not conceal the truth that it remains heavily influenced by birth. Even if their ancestors were not in The Social Register, Mr. Cuomo, Ms. Haines and Mr. Hawley were born to families whose advantages helped propel their careers. Admitting the fact of noblesse might help encourage the ideal of oblige.

But there’s a limit to what can be accomplished by exhortation. Ultimately, the change must come from the powerful themselves. Just once, I’d like to hear a mayor, governor or president say: “Yes, I’m in charge — and I’ve been trying to get here for my entire life. I want you to judge me by how I’ve used that position, not by who I am.”

Samuel Goldman is the executive director of the Loeb Institute for Religious Freedom and director of the Politics and Values Program at George Washington University, literary editor of Modern Age: A Conservative Review and a contributing editor at The American Conservative. He is the author, most recently of “After Nationalism: Being American in an Age of Division.”