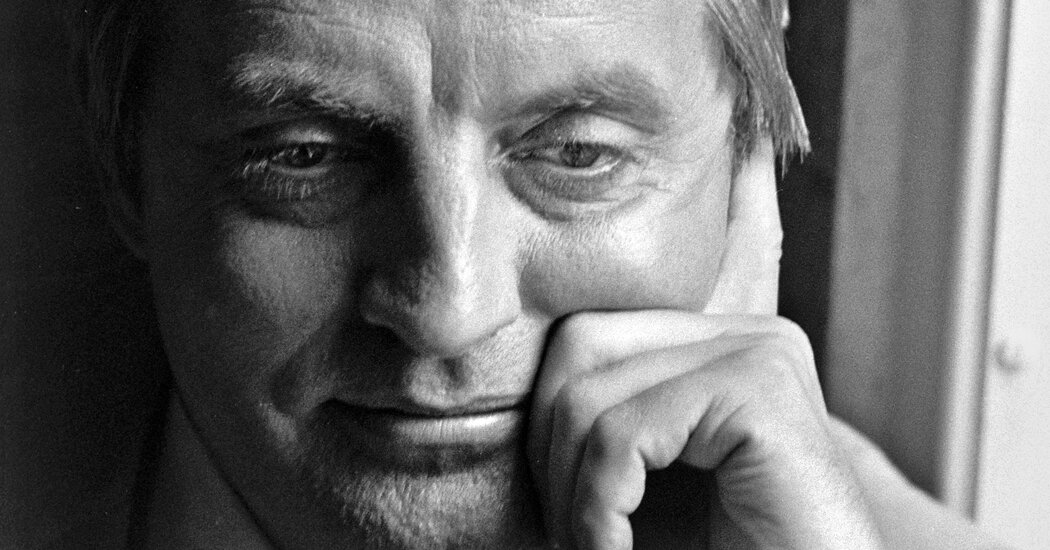 On Monday night we lost my friend and mentor Walter Mondale, known to friends as Fritz. In my home state of Minnesota we were proud to call Fritz our attorney general, our senator and our vice president.

On the national stage he shined as a young state attorney general who championed the right to counsel. As a senator he was a leader in the fight for civil rights and housing legislation and — way ahead of his time — warned of the need for intelligence oversight and privacy protections. He reshaped the vice presidency and served as a true partner to President Jimmy Carter, someone who wasn’t just a figurehead but instead a close adviser and confidant, deserving of a place in “the room where it happens.”

In our state we were lucky enough to see a different side of Fritz as well. He was the husband and father who lovingly took care of his wife, Joan, and daughter, Eleanor, through heartbreaking illnesses. He was a model for anyone who wonders what life would be like if the job ends, or life takes a bad turn.

It was not just the decency he displayed on the local and national political stage that made him stand out. It was the dignity he brought home with him in the wake of defeat. He didn’t crawl under a desk or complain about his losses.

Instead, with his characteristic humbleness and good humor, the man who had played a pivotal role in the Camp David peace accords between Menachem Begin of Israel and Anwar Sadat of Egypt would happily talk Mideast peace with a cashier at the grocery store. He’d share stories from his time as ambassador to Japan with students at the University of Minnesota’s Humphrey School of Public Affairs. And most important, he took on the mission of preparing the next generation of leaders for the next big decision by serving as a mentor so many. And I know that when the jury verdict in the trial of George Floyd’s murder was read, Fritz Mondale was with us rooting for justice.

My first job in politics was as a college intern in Vice President Mondale’s office in 1980 during his last year in office. I went to Washington with grandiose visions of writing big briefings on big issues. Instead I was assigned to furniture inventory, which meant I had to write down the serial numbers of every lamp, table and chair provided by the government for the use of the vice president and his staff.

As I like to remind students, I learned two things from that job: One, Walter Mondale was scrupulously honest. Nothing was missing. Second, take your jobs seriously, even when they aren’t exactly what you planned. Thanks to him, that was my first job in Washington. And, again thanks to him, senator was my second.

It was Walter Mondale who encouraged me to run for Senate, which included his insistence that I get my reasons for running down to a 30-second elevator speech. “That’s today’s politics,” he explained.

This resulted in a series of phone calls, with me earnestly reciting my 30 seconds and him responding with his typical Norwegian understatement: “That’s just not good enough. Call me back in an hour.” This went on for most of a day until I could finally recite those 30 seconds of reasons, eventually taking them to the cornfields of southern Minnesota, the iron ore mines in the north, and ultimately, the halls of the Capitol.

He did that for so many because politics was never just about him. When he picked Geraldine Ferraro to be his running mate during his bid for the presidency in 1984, he assured me, and so many other young women, not to mention countless little boys and girls around the world who watched that day, that anything and everything was possible.

I still remember what Ms. Ferraro was wearing that day — the red dress, the string of pearls, the confidence. And I remember how proud he was to stand by her side. In fact, it was my experience with Vice President Mondale that encouraged me to believe that someday I, too, could actually run for office.

On the wall in the Carter Museum in Atlanta are Vice President Mondale’s words uttered shortly after their 1980 defeat, summing up their four years in office: “We told the truth. We obeyed the law. We kept the peace.” I wrote those words down once on a piece of paper at the museum and slipped them in my purse. Through the Trump years, those words were my touchstone.

We told the truth. We obeyed the law. We kept the peace. That is the minimum we should expect from our public servants. With Walter Mondale, we got that and so much more.

As our country’s political winds have whipped back and forth in every direction over the past decades, Walter Mondale remained true to his North Star compass of goodness and decency. I can’t think of a better role model.

Amy Klobuchar represents Minnesota in the U.S. Senate and was a candidate for the 2020 Democratic presidential nomination.