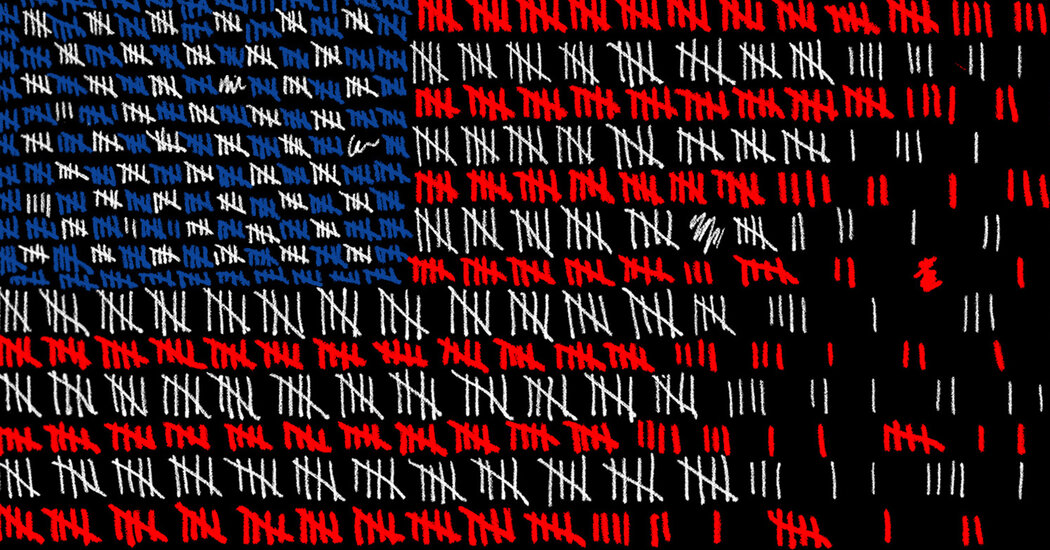 The Census Bureau hasn’t offered a clear explanation for its decision this week to bring an early end to the decennial enumeration of the nation’s population, but the reason is clear enough: The Trump administration doesn’t want a complete count, as the law requires.

This is not a secret plot. Mr. Trump has been trying to whitewash the census since the moment he took office. First his administration tried to add a question about citizenship in an effort to depress the response rate of noncitizens. As one longtime Republican strategist concluded in a 2015 analysis, excluding noncitizens from the census would “be advantageous to Republicans and non-Hispanic whites.” After the Supreme Court poured cold water on that plan last year, Mr. Trump directed the government last month not to count undocumented immigrants for the purposes of reapportioning seats in the House of Representatives. (That’s almost certainly unconstitutional.)

The latest gambit is broader: Ending the crucial in-person canvass one month early will ensure a significant undercount of minorities, as well as rural populations and other groups.

Even in the best of times, counting roughly 330 million people is a monumental task. In the midst of a pandemic, it becomes incalculably harder. The bureau anticipated this back in April, during the first wave of the coronavirus, when it requested from Congress a four-month extension to deliver its data. Current federal law requires the data to be turned in by Dec. 31; the extension would have run through April 2021. As part of its request, the bureau said it would continue knocking on doors, trying to reach every person in the country, through the end of October.

The House of Representatives approved that request in May; the Senate has not acted on it. Instead of pressing harder, the census director, Steven Dillingham, said Monday that door-to-door data collection would end September 30, a month earlier than previously planned, to meet the Dec. 31 deadline.

“We are committed to a complete and accurate 2020 census,” Mr. Dillingham said.

It’s hard to see how. Just last month, the census’s associate director, Albert Fontenot Jr., said, “we are past the window of being able to get those counts” by the end of the year.

Why does an accurate and complete census matter? Because it is the anchor of representative democracy. The Constitution’s framers made a national head count the first job of the federal government for a reason. Based on this count, we make some of our most consequential decisions as a society, from the states’ representation in Congress to the distribution of more than $1.5 trillion in annual funding for a wide range of public programs. Businesses rely on the data to plan investments. School districts rely on it to decide how many teachers they need. Researchers use it to analyze the patterns of American life.

The financial ramifications of any mistakes in the census count for state and local governments are particularly significant. Research by Andrew Reamer, a professor at George Washington University, provides a partial picture of the impact of undercounting. For each person missed by the 2010 census, he calculates that in the 2015 fiscal year, that person’s state lost about $1,091 in federal funding for Medicaid and child welfare programs. Those programs comprise just a quarter of federal funding tied to the census.

That’s why it is essential for the census to be as precise and as comprehensive as possible. “Like the military, the census, the nation’s largest peacetime mobilization, cannot fail,” a former Census Bureau director wrote in The New York Times this year. “The stakes are too high, its numbers too consequential.”

To date, just under 63 percent of American households have responded to the census. In normal years, census workers would knock on as many doors as possible from the other 37 percent of homes, many in poorer and rural areas of the country. The arrival of the pandemic, only weeks before the start of the count on April 1, disrupted those plans. Census officials were hoping that the virus would fade by now, allowing for more in-person data collection. But the outbreak hasn’t abated, and could get even worse this fall when the traditional flu season begins. Add to that the many Americans who have been displaced by the virus, either temporarily or permanently, and you have the ingredients for a major distortion in the count.

The president ought to do everything in his power to ameliorate that distortion. Instead, Mr. Trump and his Republican allies have repeatedly tried to exacerbate it. By their calculations, the fewer people of color and noncitizens who are counted, the better.

It’s true that people of color, who are more likely to be poor or marginalized than white people, are less likely to be counted in the census, perhaps more so this year than in decades. But the irony is that a rush to finish the counting process could hurt Mr. Trump’s own voters, too. That’s because the poorest states, which depend the most on federal funding, also tend to have lower census response rates. In West Virginia, federal funding from programs tied to the census accounted for 17 percent of economic activity in 2017, according to Mr. Reamer’s calculations. The state has one of the lowest census response rates.

And because so much federal funding is allocated to states based at least in part on census population estimates, an inaccurate census doesn’t just harm people in undercounted communities. It harms everyone who lives in the same state.

Whatever happens in the election, the effects of the census will be with the country for at least another decade — a legacy that will long outlive this administration.

Congress can intervene. The deadline for delivery of the final count needs to be extended to April 30, 2021, as the Census Bureau initially requested. That would force states to delay the process of drawing new legislative maps, and in some cases could make it impossible to meet deadlines written into state law. But the necessary adjustments are a small price to pay for 10 years of a fairer and more accurate democracy.

Four former census directors, from Democratic and Republican administrations, called in a statement this week for Congress to commission outside experts to establish criteria for evaluating the accuracy of the final count. That’s a good idea, too.

State and local governments also have an important role to play, by using all available means to urge people to complete their census forms.

If you haven’t filled out your own census form yet, what are you waiting for?