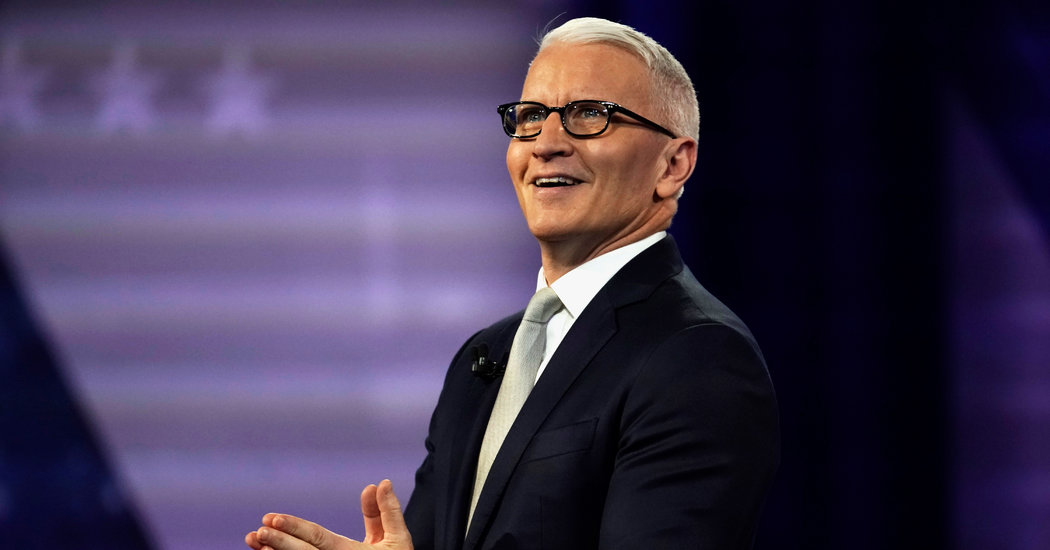 Anderson Cooper signed off from a weekly CNN coronavirus town hall Thursday night by sharing some uplifting news, telling viewers that earlier in the week, he had become a father.

The newscaster said that a surrogate had given birth to his son, Wyatt Morgan Cooper, who weighed 7.2 pounds.

Mr. Cooper, 52, said that at a time when so many people are in mourning, it was a blessing to have a new life and love.

“On Monday, I became a father,” Mr. Cooper said. “I never actually said that before out loud, and it still kind of astonishes me. I am a dad. I have a son, and I want you to meet him.”

He said he was eternally grateful to the surrogate who had carried his son.

“As a gay kid, I never thought it would be possible to have a child,” said Mr. Cooper, who shared photos of Wyatt at the end of the broadcast and on Instagram.

“I do wish my mom and dad and my brother, Carter, were alive to meet Wyatt, but I like to believe they can see him,” Mr. Cooper said, becoming emotional.

Mr. Cooper has been a fixture at CNN for two decades and is the host of “Anderson Cooper 360,” which is part of the network’s prime-time lineup. He is also a regular correspondent for “60 Minutes” on CBS.

On CNN, Mr. Cooper has played a central role in the network’s coverage of politics and the impeachment trial of President Trump. He reported on Hurricane Katrina and has been a constant presence in CNN’s coverage of the coronavirus pandemic.

“It is, I think, especially important in these times of trouble to try to hold onto moments of joy and moments of happiness,” Mr. Cooper said, adding that his son “is sweet and soft and healthy. And I am beyond happy.”