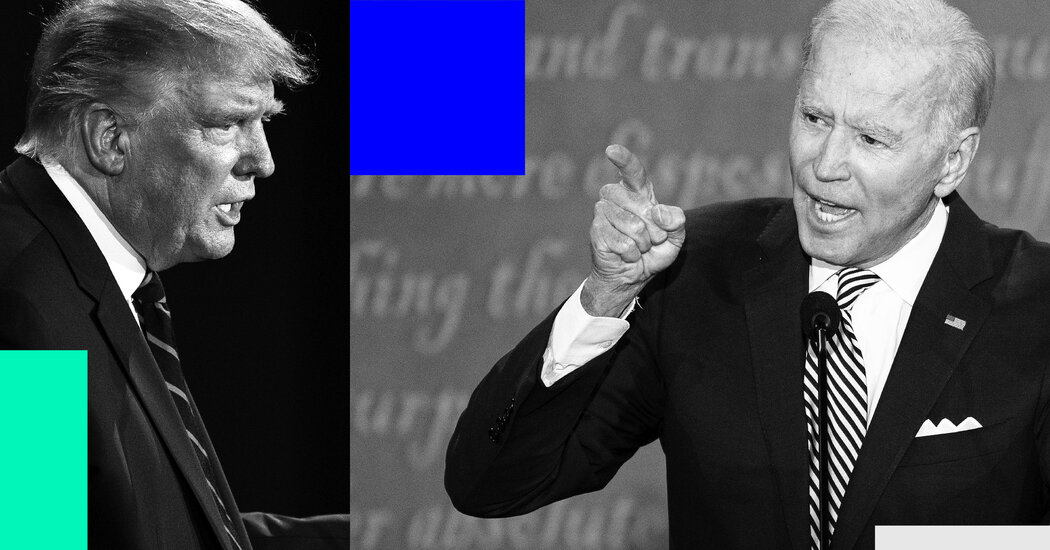 When the nation looks back on the presidential debate we witnessed this week, do you think it’ll be remembered as:

Really, you have to go with the puppy quote. Particularly since it was about the nicest thing either of them said.

Trump had painted the debate as a virtual death sentence for Biden, who he strongly suggested was too old, at 77, to survive so much pressure. But Biden held up pretty well. Meanwhile Trump did a terrific imitation of a 74-year-old toddler up past his bedtime.

Maybe the president figured if he yelled, interrupted and made nasty faces all night long it might trigger some kind of fainting spell in his opponent. If so, the plot boomeranged. I’ll bet there are a whole lot of voters wandering around now saying: “Wow, if Biden could stand all that time being yowled at by Trump, he’d definitely have no problem handling a bloodthirsty dictator with nuclear warheads.”

Some dedicated citizens were hoping for a more enlightening show. Saddest moment of the evening was perhaps the introduction by Dana Bash, the chief political correspondent for CNN. “This is really one of the most important moments that we’ve seen in politics,” Bash said solemnly, ushering in the debate. What followed apparently didn’t live up to her expectations, since she later bracingly described the evening on air as a “shitshow.”

Cheer up, loyal viewers: You may not have been elevated, but you were definitely witnessing a significant moment — a historian friend of mine called it “easily the worst” debate of its kind in American history. At Thanksgiving dinner you’ll be able to impress your relatives by comparing moderators and imitating Chris Wallace trying to get a word in edgewise. In the future when you look back on 2020 there are going to be a lot of long blank periods. But at least you’ll be able to tell your grandchildren you were witness to a presidential debate implosion.

About Round One: The night definitely belonged to Donald Trump, in the sense that he’s the one the whole world was talking about the next morning. Never — at least never since the invention of the microphone — has a candidate yelled so loudly for so long for so little reason.

At one point Trump claimed he didn’t do any rehearsing before the debate, which sounds kinda like a high school sophomore assuring his friends he never studied for that test, to create a cover in case he got a D. But there were little hints of crash prep.

When Biden warned Trump would leave the country vulnerable to a lot more coronavirus fatalities “unless he gets a lot smarter,” the president’s little ears seemed to instantly perk up.

“Did you use the word smart?” he began. “You said you went to Delaware State but you forgot the name of your college.” Biden went to the University of Delaware, but there’s a right-wing theory that he tries to pass himself off as a graduate of Delaware State, a historically Black college.

Now let’s think about this for a minute. Trump is extremely insecure about the whole IQ thing. Nobody could possibly brag that much about being smart unless he was really afraid he was pretty stupid. (Have I ever mentioned I have a letter from the future president in which he misspelled the word “too”?) So perhaps he wanted a line to paint Biden as a faker of academic credentials.

This is not the kind of political gossip that is going to get much traction at your local bar.

About Joe Biden. Everybody knows he isn’t much of a debater. And in a perfect world, the former vice president would not be calling the president of the United States a “clown.” Or crying out: “Will you shut up man?” Although the last one is, admittedly, a not uncommon sentiment around the country, every day of the Trump era.

Pushing back on Trump’s optimistic vaccine predictions, Biden mentioned one of the president’s most infamous medical theories: “And by the way, maybe you can inject some bleach in your arm and that would take care of it.”

People, do you remember the bleach era? The horrified look on the face of one of Trump’s health experts when he started suggesting his bleach-treatment theory? Did you sense any sarcasm whatsoever?

Trump’s worst debate moment came when he was invited to denounce white supremacy and ducked. (“Almost everything I see is from the left wing, not from the right wing.”) He followed with what sure sounded like a shout-out to the militant right-wing Proud Boys. (“Stand back and stand by.”) By Wednesday our president was standing back and denying he knew who the Proud Boys were and simultaneously advising they “stand down.”

It was a tough path for his supporters to follow. South Carolina’s Tim Scott, the only Black Republican in the Senate, jumped in mid-crisis with a really good try: “I think he misspoke. I think he should correct it. If he doesn’t correct it, I guess he didn’t misspeak.”

So say we all.