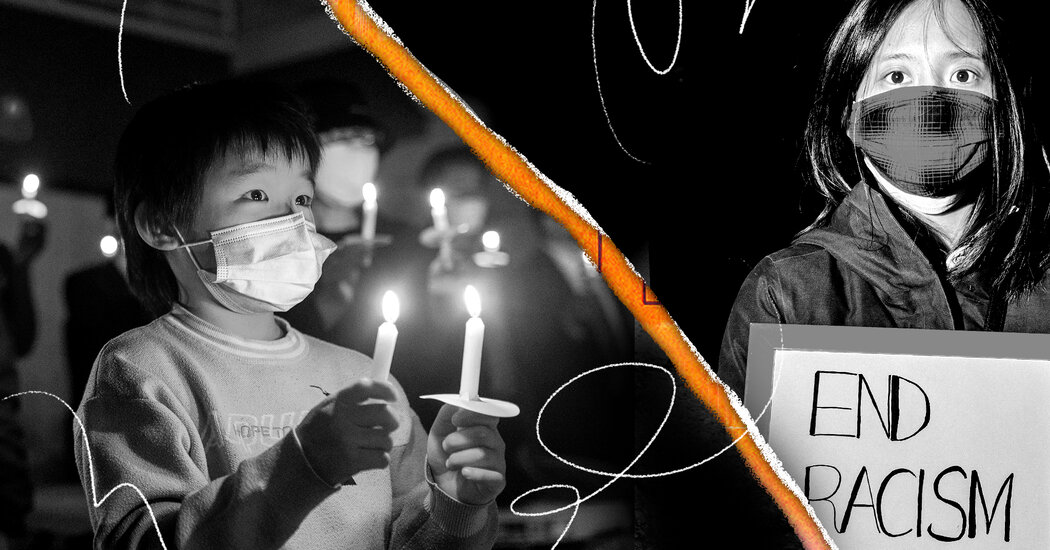 President Biden urged Congress to pass a new one. But many are skeptical that the criminal justice system can offer a solution.

In his address about last week’s spa shootings in Georgia that left eight people dead, including six women of Asian descent, President Biden had only one novel policy prescription for stemming the rising tide of anti-Asian violence in the United States: Whatever the shooter’s motivation, he said, it was time for Congress to pass a new piece of hate crime legislation, the Covid-19 Hate Crimes Act, which had been introduced this month.

But like 46 other states, Georgia already has a hate crime law, which it enacted last year after the killing of Ahmaud Arbery, and it may very well come into play in this case. Which raises the question: What is the point of more hate crime laws, and are they really the best way to protect victims of violent bigotry? Here’s a look at the debate.

What exactly is a hate crime?

In the eyes of the law, hate crimes are a fairly new category of criminal conduct: It wasn’t until 1968 that Congress passed the first federal hate crimes statutes, which made it a crime to use or threaten to use force to interfere with housing rights on the basis of race, religion, sex or national origin. In 2009, Congress passed a bill that expanded the definition of hate crimes and added new protections against crimes based on disability, sexual orientation and gender identity.

Of the thousands of hate crimes reported every year, only a handful are referred to the federal government. Most are adjudicated at the state level, where protection is more uneven. For example, many states do not consider gender identity or sexual orientation protected qualities. But typically, the function of all state hate crime laws is to increase the penalty of a given crime, like assault or murder, when it is motivated by some form of bias.

Why do hate crime laws exist?

More harm should lead to more punishment: Proponents of hate crime laws often argue that crimes inflict more harm when they are motivated by bias. That could be true for the victim, who may suffer “distinct emotional harms,” as Supreme Court Justice William Rehnquist wrote in a landmark hate crimes case in 1993; and it could be true for other members of the victim’s demographic, who may be left “feeling isolated, vulnerable, and unprotected by the law,” as the Anti-Defamation League says.

Hatred deserves a higher burden of blame: A second legal function of penalty enhancement, as Janine Young Kim, a law professor, explained in the Nebraska Law Review in 2006, is to establish bias as a motive that confers greater moral culpability: Just as a person who kills out of sadistic pleasure may be said to deserve a harsher sentence than a parent who kills in retaliation for the murder of his or her child, so too may a person who kills out of misogyny or race hatred.

Prosecuting hate crimes prevents more hate crimes: “To effectively deter future bigots from acting on their worst impulses, the criminal justice system must not only prosecute the violent acts, but also the hateful intent behind them,” Shan Wu, a former federal prosecutor, argued at CNN.

Hate crime laws are a statement of values: “Hate crime laws have important symbolic meaning,” Jack Levin, an expert on hate crimes at Northeastern University, told Vox. “They send a message to two groups: They send it to the perpetrator, informing him that our community will not tolerate his intolerance. And then at the same time, they send a message to potential victims that they are welcome in our community.”

Why some say hate crime laws aren’t a solution

Hate crime laws have never wanted for critics, particularly since their proliferation in the 1980s and ’90s. Here are some of the forms their opposition takes.

Infringement of free speech: The constitutionality of hate crimes has been challenged on the grounds that meting out extra punishment for harboring certain values, rather than performing certain acts, violates the First Amendment. The Supreme Court ruled in 1993 that it does not, but as Sarah Lustbader writes in The Appeal, “it may strike some as strange that the difference between a hate crime and a normal crime can sometimes be found in constitutionally protected speech.”

An individualistic legal remedy for a social ill: The philosopher Claudia Card has suggested that hate crime laws are popular because they allow the country to shirk responsibility for dismantling systems of oppression by more severely punishing only their most blatant and violent manifestations. “Perhaps we should ask whether penalty enhancement treats hate crime perpetrators as scapegoats,” she wrote in a 2001 academic article, “making them pay the penalty for behavior that profits others, who often share (and may be a significant source of) their biased and bigoted attitudes but simply lack their taste or aptitude for violence.”

The difficulty of prosecution: Proving a biased motive is often difficult, and especially so when it comes to hate crimes committed against people of Asian descent. “There’s a recognizable prototype with anti-Black or anti-Semitic or anti-gay hate crime,” Lu-in Wang, a law professor at the University of Pittsburgh, told The Times. “They’re often more clear-cut.”

The dubiousness of deterrence: As Briana Alongi wrote in a 2017 Pace Law Review article, “The idea that a hate crime perpetrator will really refrain from harming another person due to enhanced penalties is inconclusive because there is no substantial, reliable evidence to prove these theories.”

The criminal justice system is a poor weapon against bigotry: As Bill Dobbs, a longtime gay activist and civil libertarian, wrote in The Times in 2012, “social problems cannot be solved with more prison time.”

More prison time or harsher enforcement of hate crime laws could even make the problems they are intended to solve worse, some argue, because marginalized people are disproportionately and aggressively policed. “I’ve rarely seen people who are more socially privileged be the ones accused of hate crimes,” Anne Oredeko, the supervising attorney with the racial justice unit at Legal Aid, told The Times. “Often what you end up seeing is people of color being accused of hate crimes.”

Consider that in New York City, where several assaults of Asian victims have been reported to the police in the past month alone, only one person has been prosecuted for an anti-Asian hate crime this year: a Taiwanese man who was accused of writing anti-Chinese graffiti.

For many Asian-Americans, the idea of more police presence is unwelcome, especially for women who work in massage businesses like those that were attacked last week. “Here in New York, the N.Y.P.D. raids massage businesses and arrests people, regardless of whether or not those people engage in sex work,” Yves Nguyen, an organizer for Red Canary Song, which describes itself as a grass-roots organization of Asian sex workers and allies, told Mother Jones. “It doesn’t matter if they were doing sex work, they’re going to be criminalized all the same — for being Asian women, for being migrants, for some of them being undocumented, and for doing labor that’s often connected to sex work.”

What would the new hate crimes law do?

The bill could go some way toward improving the country’s unreliable system of tracking hate crimes, which has long been a source of consternation for victims and activists: While the F.B.I. is required to document hate crimes, it relies on local law enforcement agencies for data, many of which do not comply. Underreporting is also an issue: An estimated 250,000 hate crimes were committed each year between 2004 and 2015 in the United States, according to the Justice Department, but a majority were not reported to law enforcement.

“The first step in addressing hate violence is to know its full scope and magnitude,” Jonathan A. Greenblatt, the national director of the Anti-Defamation League, wrote in a letter to The Times. “Our state legislatures and law enforcement agencies need to ensure that these crimes are being fully reported and taken seriously.”

But regardless of where people stand on the hate crime debate, they seem to agree that protecting Asian-Americans from these kinds of attacks will require much more than one bill. “I want us to stop building and organizing in reaction to when people die,” Ms. Nguyen said on the podcast “Time to Say Goodbye.” “I want us to organize to keep people alive. I want you to care when people are still alive.”

“There Are Two Asian-Americas, and One Is Invisible” [The New York Times]

“Tales of Racism and Sexism, From 3 Leading Asian-American Women” [The New York Times]