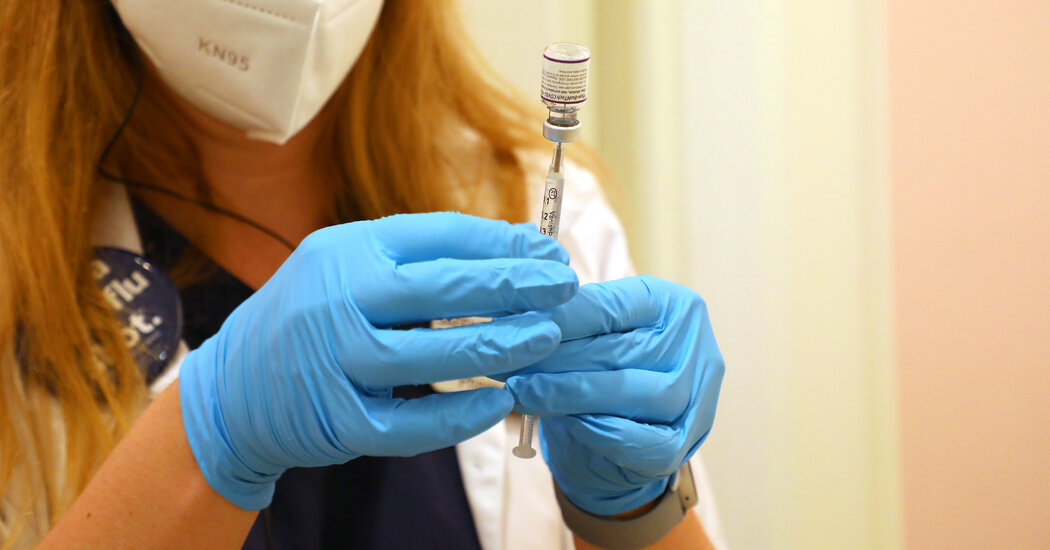 “In our hearts, I think people don’t quite agree with this notion of a booster dose,” said one leading vaccine expert.

Following a series of endorsements over the last month by scientific panels advising federal agencies, tens of millions of Americans are now eligible for booster shots of coronavirus vaccines.

But the recommendations — even those approved unanimously — mask significant dissent and disquiet among those advisers about the need for booster shots in the United States.

In interviews last week, several advisers to the Centers for Disease Control and Prevention and to the Food and Drug Administration said data show that, with the exception of adults over age 65, the vast majority of Americans are already well protected against severe illness and do not need booster shots.

All the advisers acknowledged that they were obligated to make difficult choices, based on sparse research, in the middle of a public health emergency. But some said they felt compelled to vote for the shots because of the way the federal agencies framed the questions that they were asked to consider.

Other committee experts said that they wanted to avoid confusing the public further by dissenting, or that they voted according to their views of the evidence and were simply overruled.

“These are not evidence-based recommendations,” said Dr. Sarah S. Long, a pediatric infectious disease expert at Drexel University College of Medicine in Philadelphia, and a member of the C.D.C.’s Advisory Committee on Immunization Practices.

Following a series of votes, the official position of the F.D.A. and C.D.C. now is that among those who received an mRNA vaccine, older adults, people with certain medical conditions, and those whose jobs or living situations regularly expose them to the virus can opt for a booster dose of any of the three vaccines.

“I don’t think that we have evidence that everybody in those groups needs a booster today,” said Dr. Matthew Daley, senior investigator at Kaiser Permanente Colorado and a member of the C.D.C. advisory committee.

Dr. Long and Dr. Daley both voted in favor of booster shots at their committee’s meeting on Thursday, but with reservations over how the decision would be viewed by anxious Americans who might conclude mistakenly that the vaccines are ineffective.

When the C.D.C. committee reviewed evidence for the Pfizer-BioNTech booster in September, the advisers agreed unanimously only on extra shots for adults over age 65. Two of the 15 panelists voted against booster doses for adults over age 50 with certain medical conditions.

Approval of boosters for people aged 18 to 49 with other medical risk factors squeaked by in a vote of nine to six. And the booster recommendation for people whose occupations put them at risk did not pass.

That last category was included in the final C.D.C. recommendations only because Dr. Rochelle Walensky, the agency’s director, overruled her advisers.

“You can see the hesitancy in all this,” said Dr. Paul Offit, director of the Vaccine Education Center at Children’s Hospital of Philadelphia and a member of the F.D.A.’s vaccine advisory committee. “It’s because in our hearts, I think people don’t quite agree with this notion of a booster dose.”

In interviews, the experts bemoaned the limited data on the safety and efficacy of the booster shots. The data supporting extra doses of the Moderna and Johnson & Johnson vaccines was “of very low quality,” Dr. Kathleen Dooling, a C.D.C. scientist, acknowledged at the committee meeting on Thursday.

Still, some said they felt they had to vote in favor of booster shots of the Moderna and Johnson & Johnson vaccines because they had already recommended boosters of the Pfizer-BioNTech vaccine and did not want to deny other Americans.

“The problem that troubled me is that we don’t know if boosters are necessary,” said Dr. Cody Meissner, a professor of pediatrics at Tufts University School of Medicine and a member of the F.D.A. advisory committee.

But “if you’re going do it for one group, I think fairness kind of dictates you have to do it for all the groups,” he added.

In interviews, panelists were hesitant to voice their discomfort, saying they did not want to undercut the final decisions from the committees.

“It’s hard to show some of the misgivings, because we don’t want to have mixed messaging,” said Dr. Camille Kotton, an infectious disease physician at Massachusetts General Hospital and a member of the C.D.C. committee.

But several panelists who did not wish to speak on the record said privately that the final recommendations for booster shots were inevitable as soon as President Biden promised them to all adults.

“We are in a very difficult position to do much of anything other than what everybody has already announced that we’ve done,” said Dr. Long, one of the few to publicly express her unhappiness.

Some administration officials “pay lip service to science and the evidence,” she said.

Experts outside these committees also said that President Biden’s promise of boosters, in August, made it difficult for the agencies to weigh the data objectively in September and October.

“The perception is that the horse is out of the barn, and there’s not really much you can do at this point,” said Dr. Celine Gounder, an infectious disease specialist at Bellevue Hospital Center who has previously advised the Biden administration.

“The fact is, you can’t have this confusing mess — it’s going to create more problems,” she added, referring to mixed signals from the White House and federal scientists.

Much of the dissent in recent hearings sprang from one central contention: that the coronavirus vaccines, like nearly all other vaccines, should be used to prevent illness severe enough to require medical attention, not milder infection.

The F.D.A. has authorized booster shots for millions of recipients of the Pfizer-BioNTech, Moderna and Johnson & Johnson vaccines. Pfizer and Moderna recipients who are eligible for a booster include people 65 and older, and younger adults at high risk of severe Covid-19 because of medical conditions or where they work. Eligible Pfizer and Moderna recipients can get a booster at least six months after their second dose. All Johnson & Johnson recipients will be eligible for a second shot at least two months after the first.

Yes. The F.D.A. has updated its authorizations to allow medical providers to boost people with a different vaccine than the one they initially received, a strategy known as “mix and match.” Whether you received Moderna, Johnson & Johnson or Pfizer-BioNTech, you may receive a booster of any other vaccine. Regulators have not recommended any one vaccine over another as a booster. They have also remained silent on whether it is preferable to stick with the same vaccine when possible.

The bulk of the evidence presented to the federal advisers demonstrated only that the original immunizations were waning in potency against infections. The vaccines seem to be holding steady against severe Covid-19 and death, except perhaps in older Americans.

“I don’t think we ever see 100 percent protection from any vaccine,” Dr. Kotton said. “The goal of getting to zero is an evanescent one and, unfortunately, not really achievable.”

“People are using it because they’re so anxious about Covid, and anxious about the state of affairs in the world,” she added, referring to booster shots.

Generally, scientists on the two committees are asked to vote yes or no on questions posed to them by the federal agencies they are advising. In some cases, committee members said they voted one way or another simply because of the way those questions were phrased.

In December, when F.D.A. advisers evaluated the Pfizer-BioNTech vaccine for people ages 16 and older, the evidence for its use in 16- and 17-year-olds was limited.

Dr. Archana Chatterjee and three other committee members voted against the vaccine and were criticized for it. But Dr. Chatterjee said she would have voted differently if the F.D.A. had asked about authorizing the vaccine in adults 18 and older.

“We were basically told, ‘Here’s the question, and say yes or no,’” said Dr. Chatterjee, a pediatric infectious disease expert and dean of the Chicago Medical School. “We were also not given the opportunity to explain the vote.”

In subsequent meetings, the F.D.A. allowed the science advisers to request changes to the question and to explain their votes. But they are still restricted to voting only on the data included in a company’s application.

At a recent meeting, for example, some F.D.A. advisers said they wanted to recommend that Johnson & Johnson recipients have the option to choose any vaccine for their booster. But the F.D.A. only asked the panel to vote on a booster of the Johnson & Johnson vaccine.

One of the panelists, Dr. Stanley Perlman, said he voted yes because it was clear that Johnson & Johnson recipients would benefit from a second shot. But the unanimous vote signaled far more confidence in the Johnson & Johnson vaccine as a booster than he felt, said Dr. Perlman, an immunologist and coronavirus expert at the University of Iowa.

Dr. Perlman said he was opposed to boosters for younger people at first, but voted in favor for other reasons. In the case of health care workers, for example, “I didn’t want to have any nurses or doctors staying home because they had asymptomatic” infections, he said.

Several experts said they have tried to be clear about the limitations of the data and the rationale behind their decisions. But communicating in the midst of a pandemic has proved to be tricky.

“Through no intentional fault of anyone, the messaging has been challenging — and then there’s a lot of misinformation, which is tragic,” Dr. Kotton said.

In approving the boosters, however reluctantly, federal agencies and their advisers may have given Americans the impression that two doses were not protective enough, some experts said.

“They continue inadvertently to damn the vaccine, when what they should say is, ‘It is remarkable,’” said Dr. Offit. “It’s a miracle vaccine.”