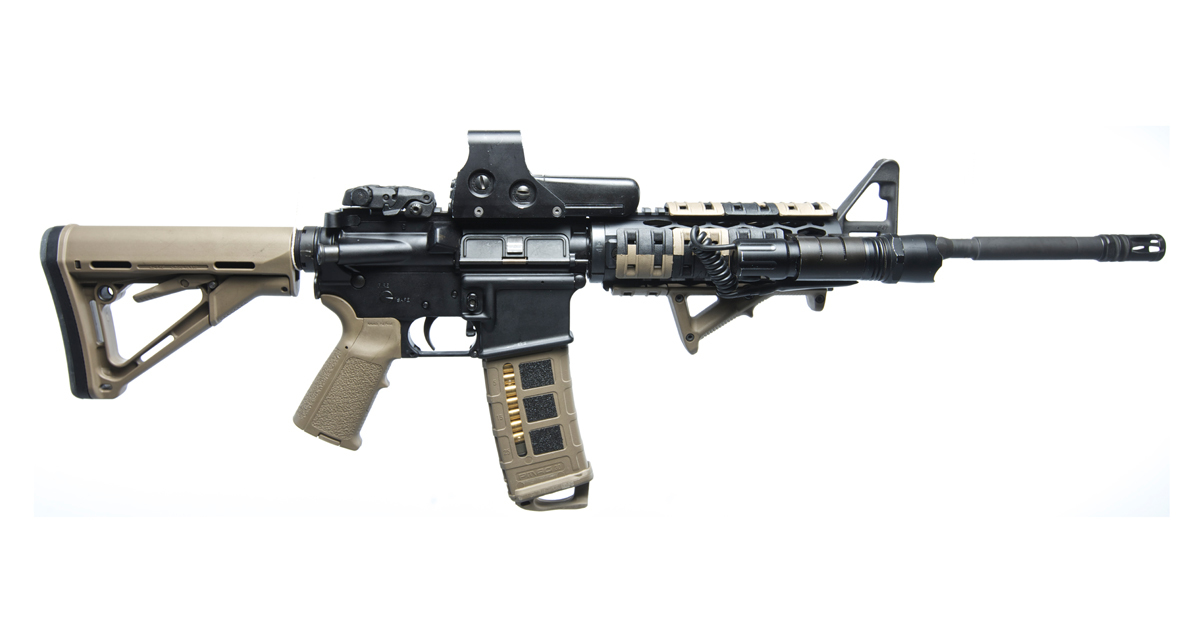 The Commerce Department is taking over export controls for semi-automatic guns such as the AR-15.

When a U.S. company wants to export firearms, the sale requires authorization from the federal government, and for decades the State Department has been responsible for issuing approvals for most types of weapons, once it has assessed any impact on national security or foreign policy.

Now, after years of debate, the Commerce Department is set to take over export controls for a significant share of the smaller arms that U.S. companies sell to foreign buyers. The change is intended to allow the State Department to focus its efforts and expertise on arms that are considered most critical to U.S. national security, like missiles and tanks. Other weapons that have little or no stated military value will be left to the Commerce Department, which already regulates export of a vast range of goods, including shotguns and other “sporting” weapons.

But experts fear the change will open gaps in the oversight of weapons exports because the Commerce Department does not yet have access to the watchlist that the State Department has spent years building.

Last year, the Government Accountability Office concluded that without the State Department list, which has more than 200,000 entries, the Commerce Department may lack critical information to effectively screen parties.

Even as the change was set to go into effect this week, the State Department said on Friday that it was only in the “initial stages of transferring” its list to the Commerce Department for use in screening applicants for weapons export licenses.

A coalition of states, led by Washington state, is challenging one element of the new rules: which agency would regulate 3D-printed gun files. On Friday, a federal judge in Seattle temporarily halted any shift in regulation of software and technical data used to print firearms.

But the rest of the changes, moving regulation of most exports of semi-automatic guns to the Commerce Department, went into effect on Monday, with the transfer of information from the State Department still a work in progress and no date set for it to be completed.

ProPublica wanted to examine the potential gaps that drew the attention of the GAO, but because the State and Commerce lists are not public, we looked at other lists, which are public and that the federal government uses in vetting people and businesses. One of them, the Commerce Department’s Consolidated Screening List, or CSL, focuses on red flags specific to exports. The other, compiled by the General Services Administration, is far broader in the warning signs it looks for.

The CSL contains a little over 11,000 entries, whereas the GSA list, the System for Award Management, or SAM, contains over 140,000 parties that are barred from receiving government contracts, as of Saturday.

A ProPublica analysis found over 200 people or businesses that were placed on the SAM list because of national security concerns or criminal convictions in connection with defense contracts but are not on the Consolidated Screening List.

Kyle “Dusty” Foggo, once a top CIA official, is among the names missing from Commerce’s public screening list. Foggo was one of seven people convicted in a defense contracting scandal; he was sentenced in 2009 to three years in federal prison. Also missing are at least 10 of the 20 people and businesses that the Office of the Special Inspector General for Afghanistan Reconstruction found in 2012 to be “actively supporting an insurgency.”

Being on a list does not automatically preclude a person or company from exporting firearms. But it would be one of the factors considered in the review by the Commerce Department, or in the case of automatic weapons, by the State Department, which will continue to regulate exports of what is considered military-grade firepower.

Brittany Benowitz, a lawyer who worked as a defense adviser in the Senate, said she is troubled by the changes.

The Commerce Department, she said, “has more exemptions than State, they aren’t screening against as many databases, and as a result of this, it’s much more difficult to enforce violations, and trafficking is much more likely to happen.”

Thomas McVey, a lawyer specializing in international trade and export controls, says the Commerce Department isn’t concerned with an individual’s past bad behavior, as long as the person or company has been cleared to do business.

“The people who pull that together only worry about exports,” said McVey, a partner at the firm Williams Mullen. “They don’t really think about other agencies’ statutes and regulations, and they should in certain cases.”

A spokesperson for the Commerce Department said that because of the legal challenge, the agency could not comment on the regulatory changes or ProPublica’s findings.

Kevin Wolf, a lawyer who supervised export administration at the Commerce Department during the Obama administration, said the agency is better equipped to regulate the classes of weapons it is inheriting from the State Department. Wolf, a partner at Akin Gump Strauss Hauer & Feld LLP in Washington, D.C., said he is confident the license review process would catch the parties ProPublica found in its analysis. Wolf, whose practice focuses on export and arms traffic regulation, said the Commerce Department’s Consolidated Screening List is only part of the licensing process. “It’s not the beginning or end of what they review in a decision to grant a license.”

Critics of the shift have voiced several concerns: The Commerce Department’s mission of promoting economic growth can end up at odds with ensuring human rights or national security; the department will not have to report munitions exports to Congress, as the State Department does; and exporters will no longer have to register with the federal government.

“One gun can kill loads and loads of people very quickly,” said Rachel Stohl, co-author of the “The International Arms Trade” and “The Small Arms Trade.” “Fundamentally, to me, it makes no sense that you would have less oversight, less transparency, less control, over items that can very quickly have a very destabilizing effect. We have decades of history of these being the weapons that are used in human rights abuses and against U.S. forces.”

Sen. Robert Menendez, D-N.J., ranking member of the Foreign Relations Committee, has had similar concerns. He wrote to Secretary of State Mike Pompeo in February and December of last year expressing his concern about the loss of congressional oversight and the potential proliferation of 3D-printed gun information.

In a statement to ProPublica, Menendez said the changes give “Congress and the American people less visibility into the sales of these dangerous weapons. As I have expressed in the past, these dangerous arms should be subject to stricter measures, not lesser.”