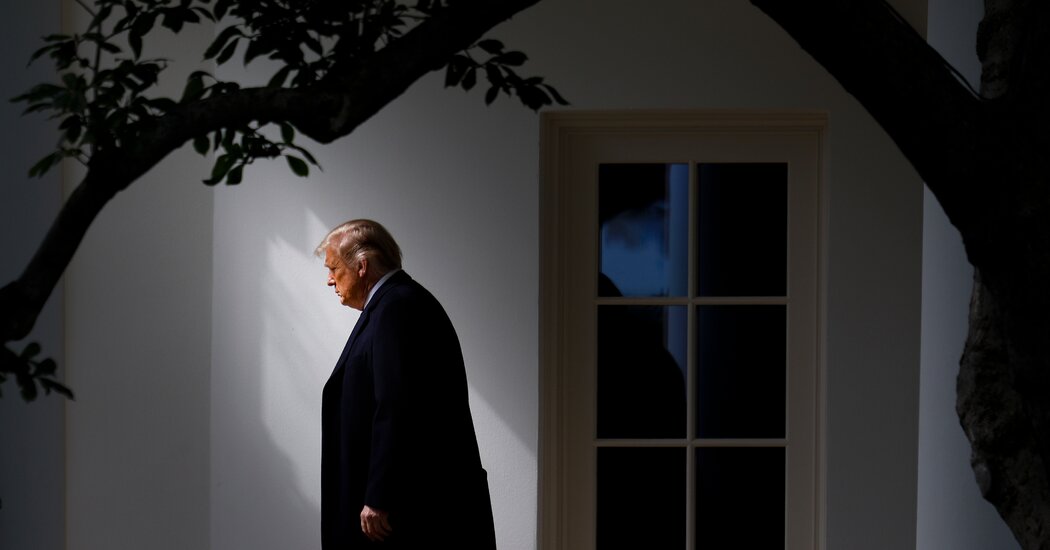 So far, the 21st century has been a century of menace and insecurity. The threats have come in rapid succession: terrorism, financial collapse, plague, climate change, the quaking of our democracy. For good reasons, a tone of heightened alarm has become the default setting across the media.

Hibbing’s book, based on reporting, focus groups and surveys, is an attempt to understand what motivates the most enthusiastic Trump supporters. The most ardent ones, he notes, are not economically marginalized, not submissive, not authoritarian, not religious or conventionally conservative. They have a strong concept that there is a core America, a concept which I suppose you could summarize as white, rural, John Wayne, football and hunting.

They feel that core America is under existential threat from people they view as outsiders: immigrants, Chinese communists, cosmopolitan urbanites and people of color. They see themselves as strong and vigilant protectors, defending the sacred homeland from alien menace.

People who feel themselves under threat have a high tolerance for cruelty in their leaders: A little savagery to defend the homeland might be a good thing. But the crucial thing about Donald Trump is that he is not a nationalist who uses immoral means. He is first and foremost an immoralist, whose very being was defined by dishonesty, cruelty, betrayal and cheating long before he put on political garb.

In this presidential campaign, Trump’s nationalist platform — trade, immigration — has faded into the background while his immoral nature has taken center stage. Compared to 2016, it’s more pure Trump and less Pat Buchanan.

The key events of the campaign have been moral events: Trump reportedly calling military veterans and the war dead suckers and losers; Trump downplaying a deadly pandemic to the American people; Trump failing to pay fair taxes; Trump sidling up to white supremacists, resorting to racist and QAnon dog whistles.

The debate was an important moment. You and I can give sermons about how cruel, dishonest behavior shreds the norms of a decent society. But moral degradation is an invisible process. It happens subtly over time.

During Tuesday night’s debate, by contrast, people got to see, in real time, how Trump’s vicious behavior destroyed an American institution, the presidential debate. They got to see how his savagery made ordinary human conversation impossible. Debate watchers were confronted with a core truth: What Trump did to that debate Tuesday night is what he’ll do to America in a second term.

On Tuesday we got see that immorality isn’t just a vague thing people talk about in Sunday school. It is a Howitzer that blows through walls and leaves rubble. It is an attempt to serve yourself by breaking things and making other people suffer.

Biden should continue to talk about his economic recovery and pandemic control plans and all that stuff, but this election has devolved to certain key questions: Does America still have a moral core, a basic framework that makes this a decent place to live? Will we let Trump and his felons drag us to moral chaos?

As a temperament and philosophy, conservatism has one central premise: Humans are fallen beings, and the crust of civilization is thin. We are able to live sweetly because over centuries we have constructed a moral and social order, which is fragile and requires constant tending.

With his conduct, Trump assaults this core conservative instinct. He is separating the nationalists from some temperamental conservatives. The nationalists relish Trump’s disruption, his savagery. Some everyday conservatives — homeowners, parents, shopkeepers — feel in their bones that some new danger is afoot.

You can see this separation in the polls. Fourteen percent of Trump’s 2016 battleground state supporters are not sure they will support him again. Only 16 percent of white evangelicals supported Hillary Clinton in 2016; 28 percent now support Joe Biden, according to an August Fox News poll.

Some Republicans see Trump’s immorality as a sideshow they will tolerate to secure other goods. But his immorality is voracious, a widening gyre that threatens the basic stability of civic life. If he undermines this election, and his Republican enablers let him, he’ll approach what comes next with appalling ferocity.

My intuition tells me, as does the polling data, that more people are paying attention, have recognized what’s before them and will make the right decision. Abraham Lincoln’s Secretary of State William Seward made the essential point: “There was always just enough virtue in this republic to save it; sometimes none to spare.”