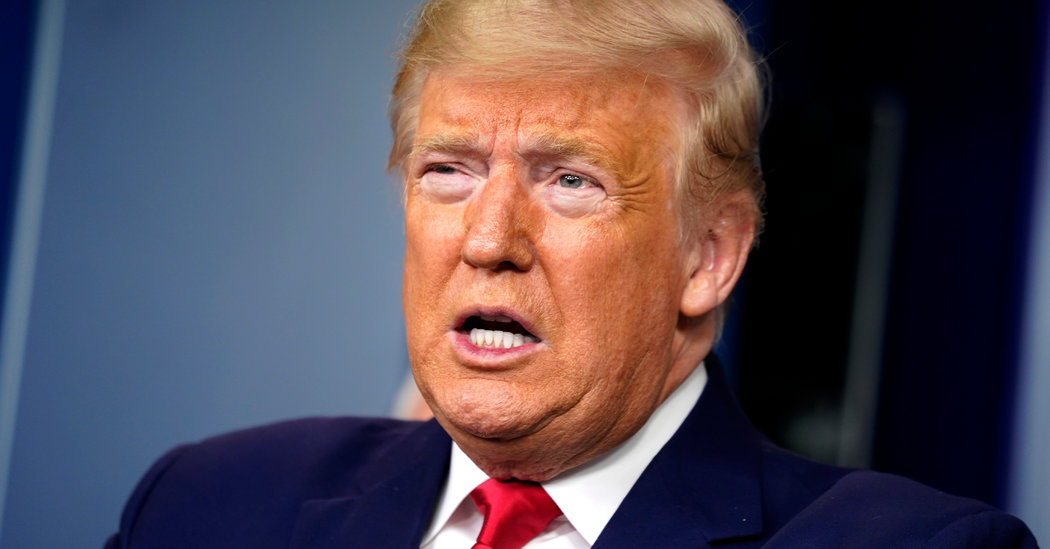 A virus can kill, of course, but so can blowhards.

As we wrestle with the new coronavirus, let’s learn lessons from the 2009-10 H1N1 swine flu outbreak in the United States. At first, polls back then showed that both Democrats and Republicans were about equally concerned with the outbreak.

That makes sense: Why should our political party shape how we respond to a disease?

Yet because President Barack Obama was in the White House at the time, some conservatives started dismissing the swine flu as a hoax. Right-wing media figures were particularly contemptuous at Obama administration suggestions that people get a vaccination against it.

“Screw you,” Rush Limbaugh declared. “I am not going to take it, precisely because you’re now telling me I must. You have some idiot government official demanding, telling me I must take this vaccine. I’ll never take it.”

Over on Fox News, Glenn Beck was similarly conspiratorial. “You don’t know if it’s going to make things worse,” he warned, urging viewers to do “the exact opposite” of what the government recommended.

Donald Trump called into Fox News and dismissed concern about the swine flu, telling host Neil Cavuto that “it’s going to go away.” Trump also cautioned that “the vaccines can be very dangerous.”

Far-right members of Congress like Phil Gingrey and Paul Broun, both Republicans from Georgia, scorned the flu as a case of “panic” and “hysteria” and denounced government plans for spending money on a vaccine for it.

There was also paranoia on the left, and Bill Maher said on his HBO show that “I would never get a swine flu vaccine, or any vaccine.” But the fearmongering toward vaccination was far greater on the right.

As a result, attitudes about the flu soon diverged based on ideology. Democrats were 50 percent more likely than Republicans to say in surveys that they would get the swine flu vaccine.

Matthew Baum of Harvard found that people in red states were indeed less likely to get vaccinated — and more likely to die of swine flu. In the end, that swine flu outbreak wasn’t as lethal as many had feared, but it still killed or contributed to the deaths of as many as 400,000 people worldwide. In the United States, it infected 60 million people, caused 274,000 hospitalizations and killed 12,469 people, according to the Centers for Disease Control and Prevention.

The implication: While right-wing blowhards may infuriate Democrats, they sometimes pose the greatest danger to their own true believers. The bombast of people like Limbaugh and Trump in this case was lethal — but only if you believed them. Doubting them conferred some immunity.

One lesson of that 2009 outbreak is the paramount importance of relying on information from scientific experts, not from ideological soul mates. I’ve been speaking to epidemiologists and other health experts, and they emphasize that in a crisis like the present one, the government must protect its credibility and the public should rely on experts rather than partisans on either left or right.

The problem is that we are all asking questions — How bad will this get? Should I cancel my trip? — that experts can’t easily answer. But living with the wise uncertainty of scientists is preferable to the ranting certainty of demagogues.

Sadly, Trump exemplifies an ideological approach to the coronavirus (and Democrats must avoid the converse tendency to predict the worst just because Trump is in charge). From the beginning, when Trump suggested that warming weather would solve the epidemic, his aim has been to downplay the risks and talk up the stock market, whose strength is key to his argument for re-election.

“We’re going very substantially down, not up,” Trump said on Feb. 26 of the number of infections. This was completely incorrect, and he piled on more narcissism: “We have it so well under control. I mean, we really have done a very good job.”

In fact, the United States bungled the response to the coronavirus, in particular with delays in testing. We have little idea how far the virus has spread because so few people have been tested, and we still haven’t adequately ensured medical and pharmaceutical supply chains or access to testing and care for those without insurance. We squandered many weeks that should have been spent preparing.

It’s not fair to blame all the bungling and lack of preparation on Trump, but his “nothing to see here” tone certainly hasn’t helped, and he is once again joined by a chorus of hard-right enthusiasts like Limbaugh, who assured listeners that “the coronavirus is the common cold, folks.” That ideological approach to health care already cost lives once, and it probably will again.

I’m delighted to announce that my 2020 win-a-trip winner, who will travel with me and report for The New York Times, is Maddie Bender of Yale University. Maddie is a superb science writer who is studying public health and classics. We may travel to Zimbabwe or India, but more likely around left-behind areas of the United States. Thanks to the Center for Global Development in Washington for helping me pick Maddie, and thanks to all who applied!