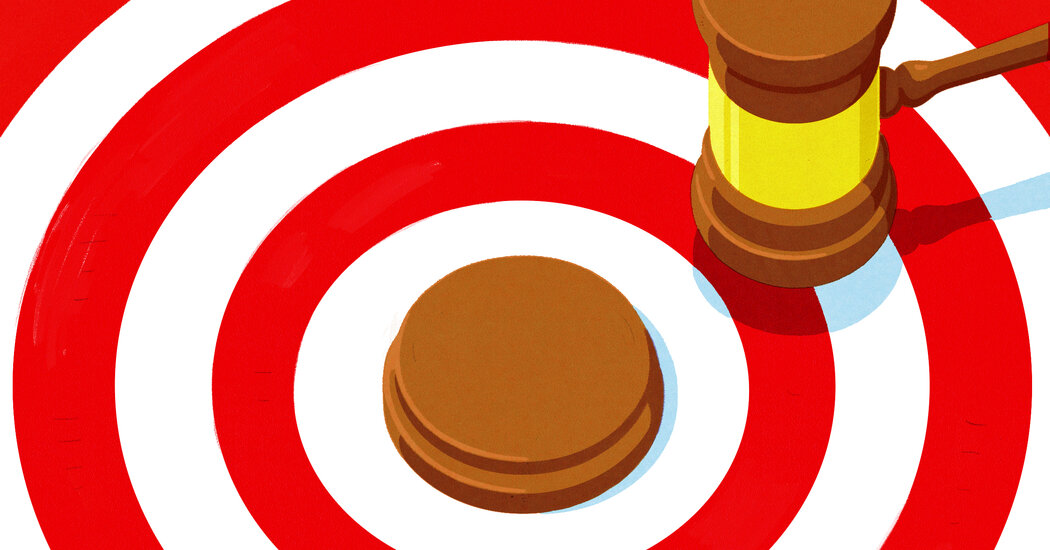 The word “bias” commonly appears in conversations about mistaken judgments and unfortunate decisions. We use it when there is discrimination, for instance against women or in favor of Ivy League graduates. But the meaning of the word is broader: A bias is any predictable error that inclines your judgment in a particular direction. For instance, we speak of bias when forecasts of sales are consistently optimistic or investment decisions overly cautious.

Society has devoted a lot of attention to the problem of bias — and rightly so. But when it comes to mistaken judgments and unfortunate decisions, there is another type of error that attracts far less attention: noise.

To see the difference between bias and noise, consider your bathroom scale. If on average the readings it gives are too high (or too low), the scale is biased. If it shows different readings when you step on it several times in quick succession, the scale is noisy. (Cheap scales are likely to be both biased and noisy.) While bias is the average of errors, noise is their variability.

Although it is often ignored, noise is a large source of malfunction in society. In a 1981 study, for example, 208 federal judges were asked to determine the appropriate sentences for the same 16 cases. The cases were described by the characteristics of the offense (robbery or fraud, violent or not) and of the defendant (young or old, repeat or first-time offender, accomplice or principal). You might have expected judges to agree closely about such vignettes, which were stripped of distracting details and contained only relevant information.

But the judges did not agree. The average difference between the sentences that two randomly chosen judges gave for the same crime was more than 3.5 years. Considering that the mean sentence was seven years, that was a disconcerting amount of noise.

Noise in real courtrooms is surely only worse, as actual cases are more complex and difficult to judge than stylized vignettes. It is hard to escape the conclusion that sentencing is in part a lottery, because the punishment can vary by many years depending on which judge is assigned to the case and on the judge’s state of mind on that day. The judicial system is unacceptably noisy.

Consider another noisy system, this time in the private sector. In 2015, we conducted a study of underwriters in a large insurance company. Forty-eight underwriters were shown realistic summaries of risks to which they assigned premiums, just as they did in their jobs.

How much of a difference would you expect to find between the premium values that two competent underwriters assigned to the same risk? Executives in the insurance company said they expected about a 10 percent difference. But the typical difference we found between two underwriters was an astonishing 55 percent of their average premium — more than five times as large as the executives had expected.

Many other studies demonstrate noise in professional judgments. Radiologists disagree on their readings of images and cardiologists on their surgery decisions. Forecasts of economic outcomes are notoriously noisy. Sometimes fingerprint experts disagree about whether there is a “match.” Wherever there is judgment, there is noise — and more of it than you think.

Noise causes error, as does bias, but the two kinds of error are separate and independent. A company’s hiring decisions could be unbiased overall if some of its recruiters favor men and others favor women. However, its hiring decisions would be noisy, and the company would make many bad choices. Likewise, if one insurance policy is overpriced and another is underpriced by the same amount, the company is making two mistakes, even though there is no overall bias.

Where does noise come from? There is much evidence that irrelevant circumstances can affect judgments. In the case of criminal sentencing, for instance, a judge’s mood, fatigue and even the weather can all have modest but detectable effects on judicial decisions.

Another source of noise is that people can have different general tendencies. Judges often vary in the severity of the sentences they mete out: There are “hanging” judges and lenient ones.

A third source of noise is less intuitive, although it is usually the largest: People can have not only different general tendencies (say, whether they are harsh or lenient) but also different patterns of assessment (say, which types of cases they believe merit being harsh or lenient about). Underwriters differ in their views of what is risky, and doctors in their views of which ailments require treatment. We celebrate the uniqueness of individuals, but we tend to forget that, when we expect consistency, uniqueness becomes a liability.

Once you become aware of noise, you can look for ways to reduce it. For instance, independent judgments from a number of people can be averaged (a frequent practice in forecasting). Guidelines, such as those often used in medicine, can help professionals reach better and more uniform decisions. As studies of hiring practices have consistently shown, imposing structure and discipline in interviews and other forms of assessment tends to improve judgments of job candidates.

No noise-reduction techniques will be deployed, however, if we do not first recognize the existence of noise. Noise is too often neglected. But it is a serious issue that results in frequent error and rampant injustice. Organizations and institutions, public and private, will make better decisions if they take noise seriously.

Daniel Kahneman is an emeritus professor of psychology at Princeton and a recipient of the 2002 Nobel Memorial Prize in Economic Sciences. Olivier Sibony is a professor of strategy at the HEC Paris business school. Cass R. Sunstein is a law professor at Harvard. They are the authors of the forthcoming book “Noise: A Flaw in Human Judgment,” on which this essay is based.