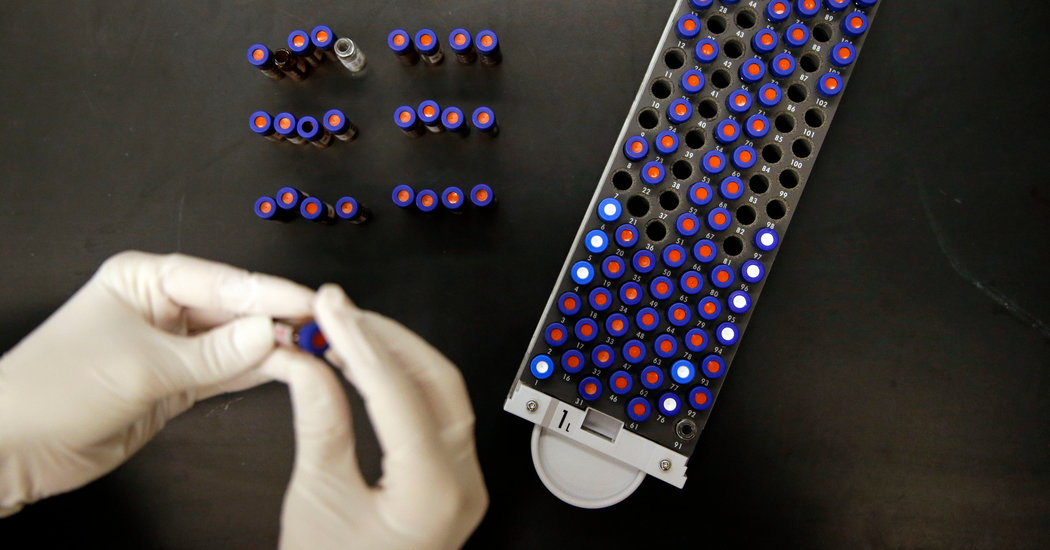 The decision reverses Trump administration rules and allows scientists to use tissue derived from elective abortions to develop treatments for diseases including cancer and AIDS.

The Biden administration on Friday lifted restrictions on the use of fetal tissue for medical research, reversing rules imposed in 2019 by President Donald J. Trump.

The new rules, disclosed by the National Institutes of Health, allow scientists to use tissue derived from elective abortions to study and develop treatments for diseases including diabetes, cancer, AIDS and Covid-19.

The Department of Health and Human Services, which oversees the N.I.H., essentially restored the guidelines in place during the Obama administration. The N.I.H. will “manage and oversee research using human fetal tissue according to policies and procedures that were in place” before the June 2019 ban, the agency said in an emailed statement on Saturday. The development was first reported on Friday by The Washington Post.

“That’s fantastic,” said Dr. Mike McCune, an H.I.V. expert at the Bill & Melinda Gates Foundation and professor emeritus at the University of California, San Francisco. But he warned that it may take some time for research to recover.

Working with fetal tissue is a specialized skill and many of the scientists with that expertise have left the field, he said. “People with decades of experience had to find other jobs,” he said. “All of that will have to be reconstituted to make it start again — but they will.”

The ban’s reversal fulfilled a promise made by the Biden administration to support science, and dismayed conservative groups that oppose fetal tissue research as violating the sanctity of life.

“The H.H.S. decision to resume experiments using the body parts of aborted children defies both the best ethics and most promising science,” Tara Sander Lee, senior fellow and director of life sciences at the Charlotte Lozier Institute, said in a statement.

“Exploiting the bodies of these young human beings is unnecessary and grotesque,” she said. “There are superior and ethical alternatives available.”

Human cells derived years ago from a fetus were used to develop the monoclonal antibody treatments given to Mr. Trump after his Covid-19 diagnosis in October. And many of the coronavirus vaccines funded by Operation Warp Speed were also tested in cells derived from fetal tissue.

Some scientists decried what they saw as a double standard, saying Mr. Trump should not have taken a treatment that was developed based on research he had banned.

“It was just so hypocritical,” said Lawrence Goldstein, a neuroscientist at the University of California, San Diego, who has used fetal tissue in his research.

Dr. Goldstein said he hoped that any future Republican administration would not reinstate Mr. Trump’s ban. “It would be terrible for this research to be on a yo-yo,” he said. “It will die if that happens.”

Scientists have for decades used fetal tissue to create cell lines for lifesaving research into vaccines and treatments for many diseases. Since the 1980s, so-called humanized mice that contain fetal human tissue or organs have served as the linchpin for developing treatments and studying the immune response to pathogens like the coronavirus.

Many drugs that had worked spectacularly well in regular mice failed in human clinical trials, Dr. Goldstein noted. “Mice are not just tiny humans, so mice with humanized immune systems are very valuable.”

Fetal tissue is also used to study how human organs and systems develop in utero. “It’s the biology of young people; how do you do that by studying old people?” Dr. McCune said. “It just doesn’t work.”

In June 2019, the Trump administration abruptly cut all funding to projects in government labs that rely on fetal tissue. The N.I.H. also required academic scientists seeking federal funds to provide elaborate justifications of their need for human fetal tissue, and set up an ethics board to review these proposals.

H.H.S. said in a statement at the time: “Promoting the dignity of human life from conception to natural death is one of the very top priorities of President Trump’s administration.”

But the restrictions amounted to a ban, stopping projects in their tracks and, in some cases, squandering years of effort. For example, the ban halted research that had increased the median survival of women with metastatic breast cancer from two years to 10 years in a small study, said Dr. Irving Weissman, a cancer expert at Stanford University who led the study.

In July, 90 scientific, medical and patient organizations signed a letter urging the ethics board to allow fetal tissue to be used to develop treatments for Covid-19 and other diseases.

“Fetal tissue has unique and valuable properties that often cannot be replaced by other cell types,” the statement said.

But in August, the board rejected all but one of 14 proposals; the lone approved proposal relied on previously acquired fetal tissue.

The following month, the House Committee on Oversight and Reform reported that the Trump administration’s ban was “based in ideological objections, not evaluation of the scientific merit of such projects.”

The N.I.H. announcement of the new rules came a day after Xavier Becerra, the health and human services secretary, said at a budget hearing on Capitol Hill that the agency would change the rules on fetal tissue research. Mr. Becerra did not disclose details, but his statement, and the Biden administration’s general embrace of science, hinted that the Trump-era restrictions would be reversed.

“We believe that we have to do the research it takes to make sure that we are incorporating innovation and getting all of those types of treatments and therapies out there to the American people,” Mr. Becerra said at the hearing.

The N.I.H. said in its statement on Saturday that it would not establish another ethics advisory board “because the H.H.S. Secretary has determined there are no new ethical issues that require special review.”

Scientists must still follow other rules on the research, including obtaining informed consent from the tissue donor. They cannot pay donors to obtain the tissue or profit from studies, the agency said, but they are otherwise free to resume research.

“These ethical safeguards and oversights are sufficient to prevent anything that most people would say are egregious,” Dr. Weissman said. “This is a welcome change.”