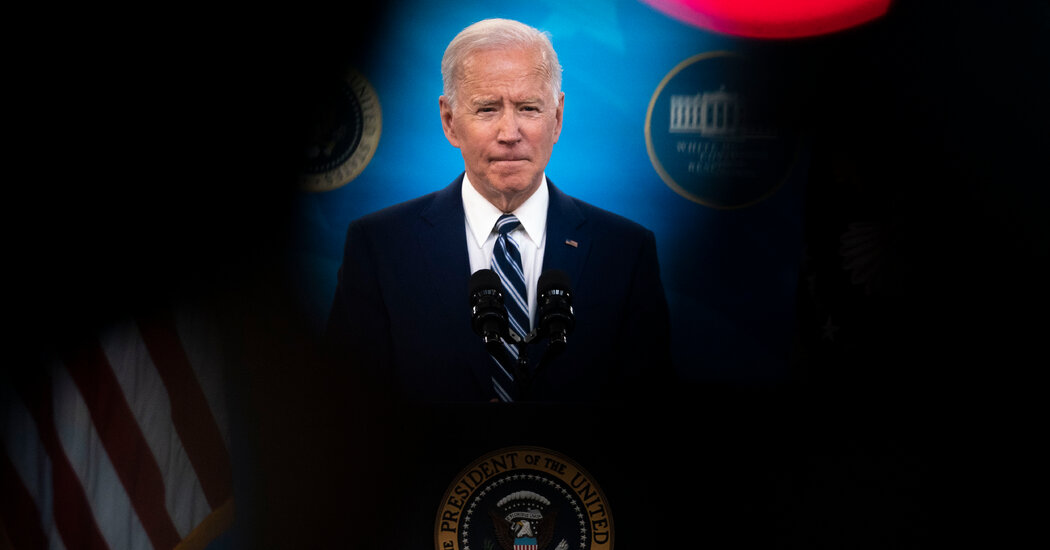 Maybe historians will look back on this as the year of Old Power.

Think about it. Older people, who were some of the first in line for the vaccine shots, are now being celebrated as the leaders of the post-Covid social scene … “Good news: I just got vaccinated!” tweeted Steve Martin. “Bad news: I got it because I’m 75.”

Meanwhile, President Biden, 78, is going like a house on fire. A few weeks ago Congress passed his $1.9 trillion Covid relief bill. Now he’s introducing the world to his $2 trillion infrastructure plan. Second big whopper of an initiative from a guy lots of Americans expected to be sort of … mild, like a mellow aging uncle who might own a very nippy German shepherd.

Everything Biden is big! This infrastructure plan is so large it’s going to require a lot of pondering on the part of serious citizens. Your first question is probably going to be …

What exactly is a trillion?

OK, I know it doesn’t come up in your normal check-balancing. A trillion is a thousand billions, and the next thing after that would be a quadrillion, which is 1,000 trillions. A quadrillion is … a lot. If you traveled back in time a quadrillion seconds you’d be able to watch the Antarctic ice sheet form. We’re talking about 31.7 million years.

The Biden infrastructure plan does not go into quadrillions — some progressives don’t think it even goes into enough trillions. (“This is not nearly enough,” tweeted Representative Alexandria Ocasio-Cortez.) But still, it’s a hell of an ambitious enterprise, one that would, as Jim Tankersley reported in The Times, “overhaul the economy and remake American capitalism.”

OK, question two — what exactly is infrastructure? First, we tend to think about roads. Everybody loves roads. Well, maybe not the one they’re planning to run right through your backyard. But the ones you need to get to work, to school, to drive to visit your friends and family. Dwight Eisenhower will always be remembered as the president who gave us the national highway system, and we still look back on him as a good guy. (True, he was also supreme commander of Allied forces in Europe during World War II. Take your pick.)

Will Joe Biden be remembered as the supreme commander of the American Overhaul? Besides fixing up 20,000 miles of roads, he wants to do everything from electrifying the yellow school bus fleets to getting rid of lead pipes that taint the water supply to a $400 billion commitment to helping the elderly and disabled.

“A Trojan horse for massive tax hikes and other job-killing left-wing policies,” steamed Mitch McConnell, 79. What Mitch hates most is the fact that Biden is actually paying for much of what he wants to spend, through higher taxes on corporations.

The Republican Party used to believe in balanced budgets, but it’s been a while. These days a new Republican president, be he George W. Bush or Donald Trump, starts off with a sweeping tax cut that leaves the government sloshing in the red. Ronald Reagan theorized that if he cut taxes, Congress would automatically cut spending to match the new bottom line. He called it “starving the beast,” although not a single beast even suffered a serious burp.

“‘Starve’ didn’t work, no,” said Eric Toder of the Urban-Brookings Tax Policy Center. “And by the time Clinton became president, he was really hemmed in.”

So, expect resistance from the Republicans on those tax hikes. But there’s a whole lot of other stuff that they’re going to find very attractive. It’s hard to imagine politicians throwing their bodies in front of a plan that’s going to fix their downtown bridge and get broadband service out to the folks in remote areas.

One of the many wonderful things about Biden’s proposal is the way it differs from Donald Trump’s. Remember the first Trump Infrastructure Week? He couldn’t quite figure out what to put in the package, so he started out with a call to privatize the air traffic control system.

Didn’t work out, although Trump still really loved talking about infrastructure. And having Weeks! Like American Dream Week, which he celebrated with a call for a 50 percent cut in legal immigration.

In the end, that Infrastructure Week was a bust for highways and trains and such. But Trump figured he was a huge success, since he counted all his spending on the Mexico wall (“one of the largest infrastructure projects in the history of our country”).

Then, in 2019, Trump scheduled an infrastructure meeting with Nancy Pelosi and Chuck Schumer. They were invited to discuss a $2 trillion plan! Shades of … now. But when the president arrived at the meeting, he refused to shake anyone’s hand and said he wasn’t going to talk about stuff like road repair until the Democrats stopped investigating his relationships with Russia.

“First he said he wanted to do infrastructure. The minute he walked in he backed off,” Schumer recalled.

Before the Democrats were totally shooed out of the meeting, Trump’s staff had set up a lectern with a big new sign saying “No Collusion, No Obstruction.” Small minds might refer to it as one of his better construction projects.