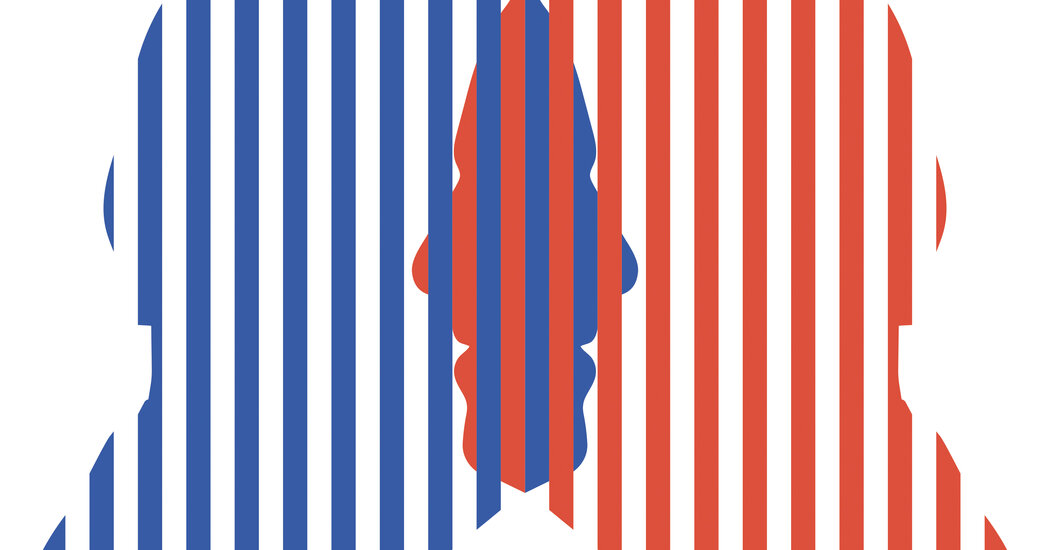 His presidency will be transformational to the extent that he transforms himself.

For the life of me, I can’t find Joe Biden. Should we send a search party?

Sure, I see the photographs and video footage of him. I tuned in a little more than a week ago when he made that first big prime-time television address. I caught his interview a few days ago with ABC News’s George Stephanopoulos.

I know there’s a man with Biden’s name in the White House, taking meetings, reading briefing papers (how novel!) and most definitely signing legislation. That $1.9 trillion behemoth was epochal. Hail to the chief. He has a sense of urgency and big ambitions.

It’s a curious thing, and I’m in no way saying it’s a bad one. If anything, it’s the opposite. It’s arguably the reason he finally got to the Resolute desk after two botched tries. It’s why there’s now talk of his presidency as a transformational one.

That’s how he beat a crowded and talented field of contenders for the Democratic presidential nomination in 2020, a steady-does-it, more-tortoise-than-hare victory made possible by a caliber of patience and kind of calm that had never been his trademarks.

That’s how he vanquished Trump — by not babbling too much, not taking the bait, tamping down his ego and making his quest about what Americans needed from whoever became their president, not about what an amazing president he in particular would be. He was less showboat than tugboat, humbly poised to pull us out of perilous waters.

And he’s still tugging and tugging. No culture wars for America’s 46th president: Those are just distractions that give oxygen to a Republican Party gasping for it. No distractions, period, for him. He’s coming to your rescue. He’s sending you money. Emphasis on “your” and “you.” The dirtiest word in his revised vocabulary is the first-person singular.

This new, self-effacing Biden is an exorcism of Donald Trump. This new, no-drama Biden is an echo of Barack Obama, whose lessons, good and bad, he has obviously learned. In the process he has accomplished one of the most striking personality transplants I’ve seen in American politics.

He has also exploded that musty maxim about old dogs and new tricks. When Trump failed to “grow” into the presidency, as critics and even some fans hoped he would, the consensus was that it had been foolish to expect otherwise. Who but Trump could Trump be? Besides, he was 70 on the day of his inauguration. He’s going to grow and learn and change after that point?

Well, Biden was 78 on the day of his inauguration, and in the year and a half immediately leading up to it, he demonstrated the new tricks of reticence and restraint. He continues to demonstrate them — “The Invisible President?” was the headline on a recent article by Joel Mathis in The Week — presumably on the theory that the less flamboyant his style, the more likely his actual policy triumphs, which won’t be complicated by his becoming a symbol of grander battles or turning himself into a cultural lightning rod.

His new tricks include a more progressive bent than in the past and, it seems, a less firm attachment to bipartisanship than he once claimed — developments that take into account the ravages of a pandemic, the toll of income inequality and his party’s current pulse. Remember those history-class debates about whether the leader makes the moment or the moment makes the leader? The moment is making — or, rather, remaking — Biden.

That’s partly evident in the absence of any full-fledged presidential news conference so far. (There’s finally one scheduled for March 25.) To be fair, his three most recent predecessors in the Oval Office — Trump, Obama and George W. Bush — had each held just one such solo back-and-forth with the press corps by this point in their presidencies, so it’s not as if Biden’s zero is in some unconscionable category all its own. But it’s also not of a piece with who Biden was and how he behaved for most of his political career, when he was famous for talking and talking, often until he talked himself into trouble.

At long last, the trouble taught him. And what it taught him was to talk less.

“Joe Biden, disciplined messenger?” was the first sentence, rendered in wonderment, in a Politico newsletter by Alex Thompson and Theodoric Meyer on Monday. The two went on to add: “The president so far has surprised some of his former colleagues and allies with a largely gaffe-free White House debut after a lifetime of verbal stumbles. We’re about to find out if it will last.”

That final observation presaged Biden’s and Vice President Kamala Harris’s travels around the country to hold public events explaining and extolling the $1.9 trillion American Rescue Plan. It also teased the Stephanopoulos interview by ginning up some suspense: Would Biden the stumbler re-emerge?

He didn’t. In a subdued manner and with relatively tidy answers, he seemed to say exactly what he intended to.

Of course, it’s easier to avoid gaffes if you’re minimizing spontaneity and shielding yourself as best as possible from the spotlight’s glare. The boldness of Biden’s stated policy aims — on racial justice, voting rights, L.G.B.T.Q. equality, infrastructure and immigration — is belied by a recessive approach. Does he even tweet? (The answer is yes, as both @JoeBiden and @POTUS, but with prudent blandness.) Trump got himself kicked off social media. Biden has never fully nudged himself onto it.

And he hasn’t avoided gaffes altogether. (The Politico writers used that “largely” on purpose.) At a CNN town hall last month, he spoke so sloppily at one point that some people thought he was saying — erroneously — that there wasn’t a coronavirus vaccine when he took office. (In fact, one million shots a day were being administered, and other statements of Biden’s during that event recognized that vaccinations were indeed underway.) Weeks later, he seemed to fumble for the name of his defense secretary, Lloyd Austin.

But that’s nothing in the context of oratorical pratfalls past, and it doesn’t contradict the larger truth that Biden, closing in on 80, has given himself an extraordinary makeover — and has turned the experiences of yesteryear into the adjustments of today.

Many officials in the Obama administration came to believe, in retrospect, that the enormous 2009 stimulus was in fact too modest and that its mechanism for delivering relief to Americans in need was neither obvious enough to its recipients nor adequately touted. With the American Rescue Plan and his state-hopping celebration of it, Biden has addressed that concern.

Some officials in the Obama administration felt that they squandered too much time seeking at least some Republican support for Obamacare when it was never destined to come. Biden enacted the American Rescue Plan without a single Republican vote in the Senate or the House.

That arithmetic doesn’t fit the way Biden described himself across the decades or even how he talked during much of his 2020 campaign. But Republican obstructionism, a fraught passage in American history, and the prevailing passions of today’s Democrats have collaborated in a late-in-the-game metamorphosis that defies the usual arc of a life, political or otherwise.

So much for the Biden whose unfettered musings helped to tank his first two presidential campaigns, who pre-empted Obama’s changed position on marriage equality, who used a big fat curse word to crow that Obamacare was a big (bleeping) deal. Abracadabra: He made himself vanish.