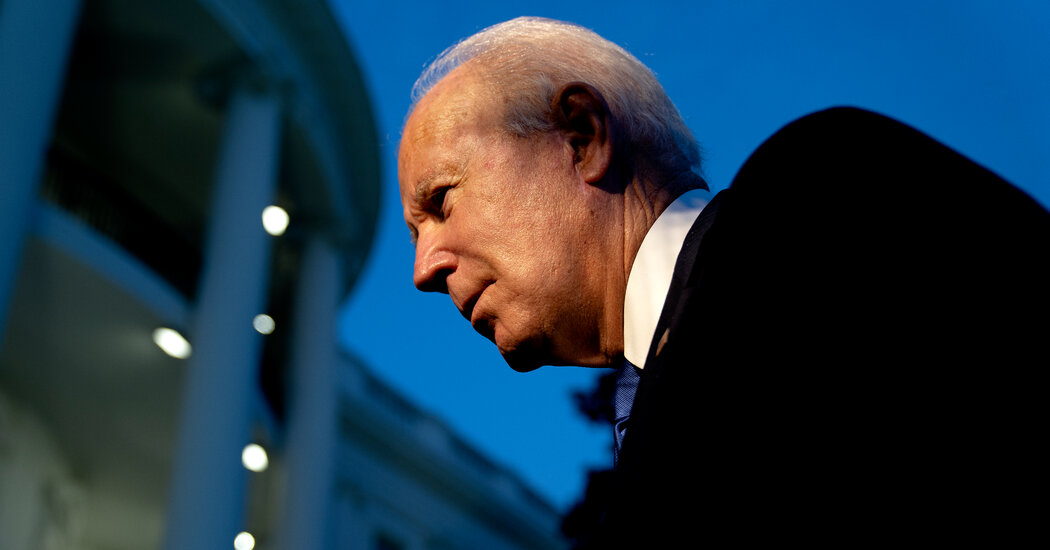 After months of tiptoeing around the issue of altering or eliminating the Senate filibuster rules to protect voting rights — and therefore democracy itself — after an unprecedented year of Republican assaults, President Biden has finally said that he is open to changing the rules. And on Thursday, he said it in the most weak-tea, weak-kneed way possible.

At a CNN town hall, Anderson Cooper asked Biden: “On voting rights, if it is as important to you as you say, I think there’s a lot of Democrats who look at the filibuster and would like to see it changed, even if it’s just on this one case. Why do you oppose that?”

Biden basically said that trying too hard at this point to save democracy would endanger his ability to save his spending bill, telling Cooper: “Here’s the deal. If, in fact, I get myself into at this moment the debate on the filibuster, I lose at least three votes right now to get what I have to get done on the economic side of the equation, on the foreign policy side of the equation.”

Biden then proposed bringing back the talking filibuster “immediately.” “I also think we’re going to have to move to the point where we fundamentally alter the filibuster,” he said, framing the craziness of the Republican filibuster to prevent Democrats from raising the federal debt limit as a possible catalyst for reforms. He concluded: “But it still is difficult to end the filibuster beyond that. That’s another issue.”

Cooper pressed on: “But are you saying, once you get this current agenda passed on spending and social programs, that you would be open to fundamentally altering the filibuster or doing away with it?”

Cooper again pressed Biden on whether he would “entertain the notion of doing away with the filibuster” for voting rights, to which Biden answered, “and maybe more.”

Why was this like pulling teeth? Why is Biden so reluctant to say unequivocally that we must protect voting rights at all costs, even if it means altering or eliminating the filibuster? (Being “open” to something or “entertaining” it is not the same as demanding it.) Why does deciphering what Biden is saying here feel like working through a riddle?

Furthermore, why is it that Biden believes that he will lose whatever momentum he currently has on the spending bill by entering the debate over filibuster reform now? Won’t he also be lost if he enters it later? Also, why did he keep bringing up the debt limit debate as the filibuster destroyer, even though Cooper kept directing him to voting rights?

Biden is talking out of both sides of a mealy mouth.

Defenders of the administration’s approach tell us that this is all part of the choreography of Washington. This is the dance that must be danced. And, in the end, it will all work out: Some version of the spending bill will be passed, which will free the president to defend voting rights more forcefully.

I hope that all of this is true. I think we need what’s in the spending bill. It’s just that we need voting more.

I hope that my panic and exasperation over the Biden administration’s lack of urgency on voting rights turn out not to have been warranted. I want to be wrong on this. Being right would be cataclysmic.

I can imagine a moment after the social spending bill vote in which Biden cranks up the pressure on passing a voter protection bill, having public meetings with stakeholders, traveling the country to lobby for it and possibly even giving an address from the Oval Office in support of it.

He could do all of that. He should have done it already.

But responses like the ones he gave at the CNN town hall are more infuriating than instructive.

Consider someone feeling like he is drowning and you do nothing until the last minute, until that moment before the panic overtakes him and he loses consciousness, and only then do you snatch him from the water saying, “Why were you freaking out? I had this under control the whole time.” How would you expect him to feel? Happy that you finally saved him, at the last minute, or bitter that you first watched and waited while he felt like he was drowning?