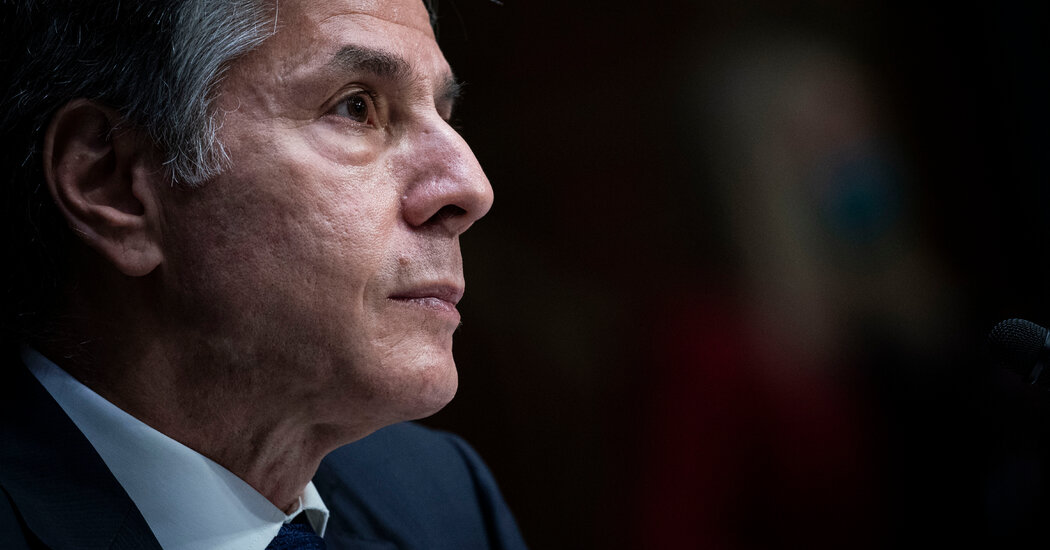 Most Latin American officials were overjoyed to see Donald Trump voted out of office. The region is rarely a priority for American presidents, but other than his crusade to topple the dictatorships in Cuba and Venezuela, Mr. Trump was uniquely dismissive.

Expectations were high for President Biden, a familiar face who supervised the Western Hemisphere for the Obama White House. Yet as Secretary of State Antony Blinken travels to Ecuador and Colombia, he will find that our neighbors are frustrated by a U.S. foreign policy widely seen as crisis-driven and China-obsessed.

Most of the new administration’s energy is directed at discouraging migration from El Salvador, Guatemala and Honduras. There is little attention farther south, except periodic lectures about the perils of doing businesses with China.

In his South America trip this week, Secretary Blinken has a chance to turn this around. Bold announcements on trade and investment could restore U.S. standing and diminish dependence on China.

Mr. Blinken should start in Quito by breathing life into the U.S. trade agenda. Ecuador’s president, Guillermo Lasso, is pleading for a free trade deal. We should take him up on that suggestion, and announce similar plans for Uruguay, whose leader, Luis Lacalle Pou, is also hungry for closer trade ties.

The Ecuador visit is also an opportunity to get serious about U.S. infrastructure finance. The region is on its knees: The pandemic dragged 22 million people into poverty, while bankruptcy spread among business. Latin America’s gross domestic product contracted by 7 percent in 2020, the worst of any region.

To ignite recovery, Mr. Blinken should show that the “Build Back Better World” project — a fledgling competitor to China’s Belt and Road Initiative, backed by the Group of 7 wealthy countries — is serious enough to pay for broadband and bridges, trains, ports and roadways. Multibillion-dollar investments would restore competitiveness, reduce dependence on commodities by making manufacturing more profitable, and raise the capacity to seize “nearshoring” opportunities by creating a more attractive region for companies relocating from China. Latin America has long underspent on infrastructure, and its post-pandemic debt hangover will make it impossible to fund improvements absent a U.S. helping hand.

The secretary’s second stop is Colombia, where Mr. Biden has kept President Iván Duque at arm’s length, apparently out of frustration with his mixed record carrying out a peace accord with the Revolutionary Armed Forces of Colombia, an agreement struck by his predecessor, the Nobel laureate Juan Manuel Santos.

The White House is also displeased with Mr. Duque’s failure to protect social leaders; six have been killed so far this month, bringing the year’s total to 137. Victims include environmental defenders, and Colombia has failed to ratify the Escazú agreement, a new regional treaty designed to protect such activists. Even so, Colombia is a critical partner; its leadership probably deserves something in between a cold shoulder and a bear hug. In any event, Mr. Duque’s term is coming to an end, and the United States and Colombia share a variety of interests.

To recalibrate, Mr. Blinken should announce considerably more support for South America’s millions of Venezuelan refugees, many of whom have flooded into Colombia. Mr. Duque has earned international acclaim for his approach to those displaced by repression and hardship in Venezuela. But the United States has not contributed enough or marshaled enough support from other wealthy nations.

Beyond Bogotá, many Latin American countries need help with migration, including Panama, where tens of thousands of Haitians are staggering in through the Darién Gap jungle, and Costa Rica, a refuge for Nicaraguans fleeing dictatorship. The United States should engineer better coordination, burden sharing and integration of migrants into the communities, schools and industries of their new homes.

Colombia is also the right spot to pledge transformative financing for renewable energy. Latin American leaders like Mr. Duque, Alberto Fernández of Argentina and Sebastián Piñera of Chile, who have made ambitious pledges to cut emissions, don’t need attaboys from the Biden administration, but rather big-ticket investments in renewable energy and energy storage and transmission projects, including through the Export-Import Bank, Development Finance Corporation and multilateral development banks.

Argentina’s windswept Patagonia, Chile’s sunbaked Atacama Desert and Colombia’s green hydrogen industry offer promising opportunities for decarbonization and economic growth. That is especially relevant for countries like Colombia that are highly dependent on oil and coal exports and hesitant to scale down dirty industries without first building up a green economy that would compensate for lost jobs and export earnings.

Finally, Mr. Blinken must acknowledge the pandemic is far from over. Latin America was the world’s hardest-hit region; it is home to 8.4 percent of the global population, but it has suffered 20 percent of Covid-19 cases and 30 percent of worldwide deaths. Even so, less than 40 percent of the citizens of Latin America and the Caribbean are vaccinated and in around 20 countries, mostly those closest to the United States, less than one-third of the public is fully protected.

Mr. Blinken’s plane should be bursting with vaccines. The president has called the United States an “arsenal of vaccines,” and Latin America has received roughly half of all U.S. vaccine donations, about 38 million doses. Still, experts say U.S. donations are too slow and too few.

Equally important, Mr. Blinken should carry a promise to propel the region toward self-sufficiency in the fight against this and future viruses. U.S.-developed mRNA vaccines are the most effective in the world and several Latin American nations, including Brazil, have what it takes to manufacture this lifesaving technology. That knowledge transfer would also reduce the immense pressure on the United States to serve as the world’s vaccine factory.

A more far-reaching U.S. strategy for Latin America would not be easy to execute, given the region’s ideological divisions. Thieves and brutes in presidential palaces are another challenge compelling a constant balancing act between collaboration and censure. But ramping up U.S. trade and investment, improving public health and spurring renewable energy production would help solve many of the region’s troubles that sooner or later land on the U.S. doorstep.

Fortunately, Mr. Biden recognizes that U.S. security and prosperity depend upon success, or at least stability, in Latin America. The president is no doubt drawing up ambitious commitments for the Summit of the Americas to be held next summer, which he will host. Still, given the region’s monumental challenges, there is no time to spare in introducing a more generous U.S. approach.