The systematic killing and deportation of more than a million Armenians by Ottoman Empire forces in the early 20th century was “genocide,” the United States formally declared on Saturday, as President Joe Biden used that precise word after the White House had avoided it for decades for fear of alienating ally Turkey.

Turkey reacted with furor, with the foreign minister saying his country “will not be given lessons on our history from anyone.” A grateful Armenia said it appreciated Biden’s “principled position” as a step toward “the restoration of truth and historical justice.”

Biden was following through on a campaign promise he made a year ago Saturday — the annual commemoration of Armenian Genocide Remembrance Day — to recognize that the events that began in 1915 were a deliberate effort to wipe out Armenians. 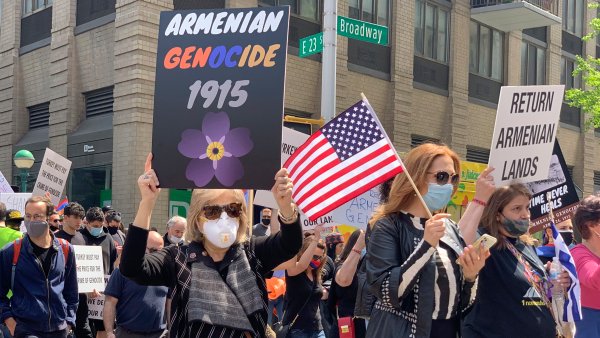 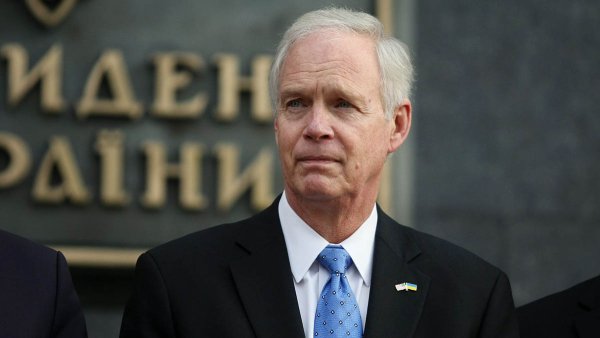 Sen. Johnson on Others Getting Shots: ‘What Do You Care?’

While previous presidents have offered somber reflections of the dark moment in history, they have studiously avoided using the term genocide out of concern that it would complicate relations with Turkey, a NATO ally and important power in the Middle East.

But Biden campaigned on a promise to make human rights a central guidepost of his foreign policy. He argued last year that failing to call the atrocities against the Armenian people a genocide would pave the way for future mass atrocities. An estimated 2 million Armenians were deported and 1.5 million were killed in the events known as Metz Yeghern.

“The American people honor all those Armenians who perished in the genocide that began 106 years ago today,” Biden said in a statement. “We affirm the history. We do this not to cast blame but to ensure that what happened is never repeated.”

Armenian Prime Minister Nikol Pashinyan said in a letter to Biden that recognition of the genocide “is important not only in terms of respecting the memory of 1.5 million innocent victims, but also in preventing the repetition of such crimes.”

“We reject and denounce in the strongest terms the statement of the President of the US regarding the events of 1915 made under the pressure of radical Armenian circles and anti-Turkey groups,” the Turkish Foreign Ministry said in a statement.

Minutes before Biden’s announcement, Turkish President Recep Tayyip Erdogan sent a message to the Armenian community and patriarch of the Armenian church calling for not allowing “the culture of coexistence of Turks and Armenians … to be forgotten.” He said the issue has been “politicized by third parties and turned into a tool of intervention against our country.”

The U.S. Embassy and consulates in Turkey issued a demonstration alert, and announced their offices would be closed for routine services on Monday and Tuesday as a “precautionary measure.” They cautioned Americans to avoid areas around U.S. government buildings and exercise caution in locations where foreigners gather.

During a telephone call Friday, Biden had informed Erdogan of his plan to issue the statement, said a person familiar with the matter who was not authorized to publicly discuss the private conversation and spoke on the condition of anonymity.

The U.S. and Turkish governments, in separate statements following Biden and Erdogan’s call, made no mention of the American plan to recognize the Armenian genocide. But the White House said Biden told Erdogan he wants to improve the two countries’ relationship and find “effective management of disagreements.” The two also agreed to hold a bilateral meeting at the NATO summit in Brussels in June.

In Armenia on Saturday, people streamed to the hilltop complex in Yerevan, the capital, that memorializes the victims. Many laid flowers around the eternal flame, creating a wall of blooms two meters (seven feet) high.

Armenian Deputy Foreign Minister Avet Adonts, speaking at the memorial before Biden issued his statement, said a U.S. president using the term genocide would “serve as an example for the rest of the civilized world.”

Biden’s call with Erdogan was his first since taking office more than three months ago. The delay had become a worrying sign in Ankara; Erdogan had good rapport with former President Donald Trump and had been hoping for a reset despite past friction with Biden.

Erdogan reiterated his long-running claims that the U.S. is supporting Kurdish fighters in Syria who are affiliated with the Iraq-based Kurdistan Workers’ Party, known as the PKK. The PKK has led an insurgency against Turkey for more than three decades. In recent years, Turkey has launched military operations against PKK enclaves in Turkey and in northern Iraq and against U.S.-allied Syrian Kurdish fighters. The State Department has designated the PKK a terrorist organization but has argued with Turkey over the group’s ties to the Syrian Kurds.

Biden, during the campaign, drew ire from Turkish officials after an interview with The New York Times in which he spoke about supporting Turkey’s opposition against “autocrat” Erdogan. In 2019, Biden accused Trump of betraying U.S. allies, following Trump’s decision to withdraw troops from northern Syria, which paved the way for a Turkish military offensive against the Syrian Kurdish group. In 2014, when he was vice president, Biden apologized to Erdogan after suggesting in a speech that Turkey helped facilitate the rise of the Islamic State group by allowing foreign fighters to cross Turkey’s border with Syria.

Lawmakers and Armenian American activists had lobbied Biden to make the genocide announcement on or before remembrance day. The closest that a U.S. president had come to recognizing the World War 1-era atrocities as genocide was in 1981 when Ronald Reagan uttered the words “Armenian genocide” during a Holocaust Remembrance Day event. But he did not make it U.S. policy.

House Speaker Nancy Pelosi, a California Democrat, lamented that “the truth of these heinous crimes has too often been denied, its monstrosity minimized.”

“History teaches us that if we ignore its darkest chapters, we are destined to witness the horrors of the past be repeated,” she added.

Rep. Adam Schiff, also a California Democrat, praised Biden for following through on the pledge.

“For Armenian-Americans and everyone who believes in human rights and the truth, today marks an historic milestone: President Biden has defied Turkish threats and recognized the slaughter of 1.5 million Armenians for what it was — the first genocide of the 20th Century,” Schiff said in a statement.

California is home to large concentrations of Armenian Americans.

Salpi Ghazarian, director of the University of Southern California’s Institute of Armenian Studies, said the recognition of genocide would resonate beyond Armenia and underscore Biden seriousness about respect for human rights as a central principle in his foreign policy.

“Within the United States and outside the United States, the American commitment to basic human values has been questioned now for decades,” she said. “It is very important for people in the world to continue to have the hope and the faith that America’s aspirational values are still relevant, and that we can in fact do several things at once. We can in fact carry on trade and other relations with countries while also calling out the fact that a government cannot get away with murdering its own citizens.”

Lee reported from Washington and Bilginsoy from Istanbul. Associated Press writer Avet Demourian in Yerevan, Armenia, contributed to this report.