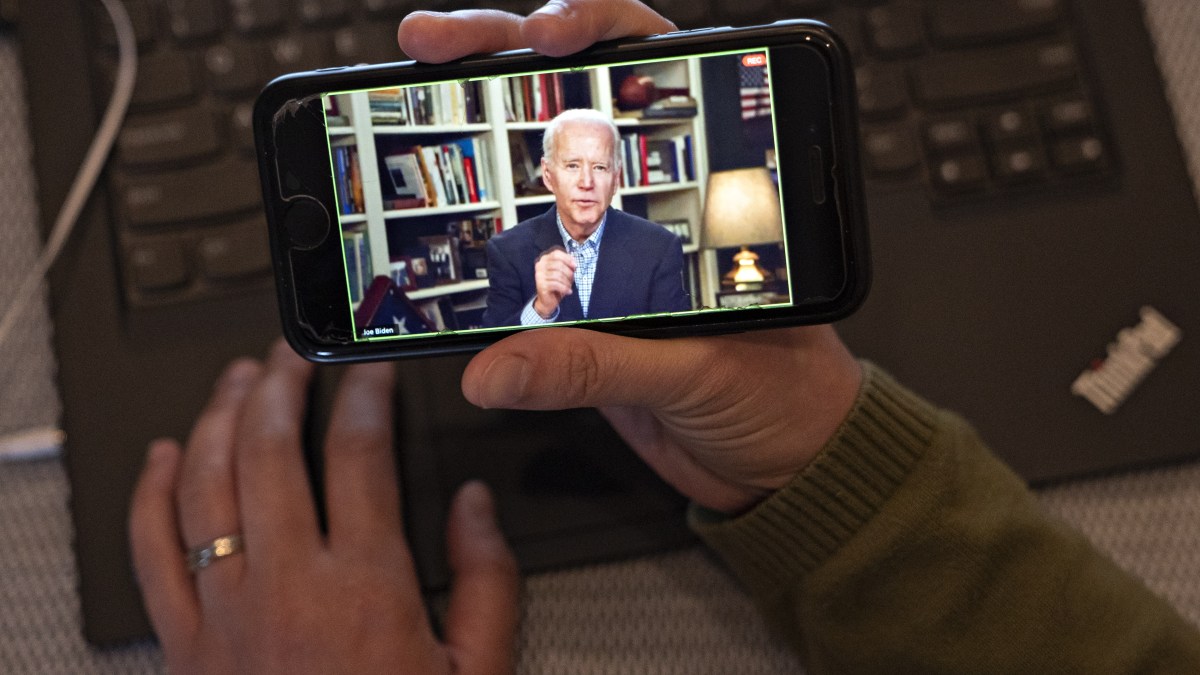 Joe Biden said Friday that he will announce a committee to oversee his vice presidential selection process and is already thinking about whom he’d choose to join his Cabinet.

Biden, who holds a significant lead in delegates over Sen. Bernie Sanders in the Democratic presidential primary race but has yet to officially clinch the nomination, also said he’s spoken to Sanders to let him know he’d be proceeding with the vice presidential vetting process. Biden, a former vice president himself, has previously committed to choosing a woman as his running mate.

Calling Sanders a “friend,” Biden said, “I don’t want him to think I’m being presumptuous” by choosing a running mate. But he added that the vice presidential vetting process “takes time,” so he has to begin this month.

Biden’s comments came in response to a question during a virtual fundraiser about whether he’d be willing to release his full proposed Cabinet at the same time he announces his vice presidential pick. Biden didn’t answer the question directly, but did indicate that there are a number of people who have been helping his campaign with whom he’s discussed whether they’d be “willing to come into a government if I get elected.”

DESC: President Donald Trump reacted to a statement former Vice President Joe Biden’s campaign made saying the candidate would be open to having a phone call with the president about the coronavirus pandemic. “I’d love to speak to him,” responded Trump. “I always found him to be a very nice guy.

He did, however, suggest he’s been thinking deeply about the makeup of his potential Cabinet. There are a number of “younger, really qualified people” Biden said he believes could be future leaders of the party if given more prominent roles. He also suggested he’d prioritize diversity in choosing his Cabinet secretaries, and he wants the lineup to “look like the country.”

“Men, women, gay, straight, across the board, black, white, Asian, it really matters that it look like the country because everyone brings a slightly different perspective,” he said.

But in a hint of how deeply he’s considered his options, Biden said: “If the Lord Almighty came down and said, ‘You’re president tomorrow. Write down in the next 15 minutes your Cabinet,’ I think I could do it. ”