President Joe Biden on Friday promised Afghanistan’s top leaders a “sustained” partnership even as he moves to accelerate winding down the United States’ longest war amid escalating Taliban violence.

Afghan President Ashraf Ghani and Abdullah Abdullah, chair of the High Council for National Reconciliation, met at the Pentagon with Defense Secretary Lloyd Austin before their sit-down with Biden at the White House later in the afternoon. While Biden vowed that the U.S. was committed to assisting Afghanistan, he also insisted that it was time for the American military to step back.

“Afghans are going to have to decide their future,” Biden said in brief remarks at the start of his meeting with the Afghan leaders. Biden did not elaborate on what a ‘’sustained” partnership might entail. 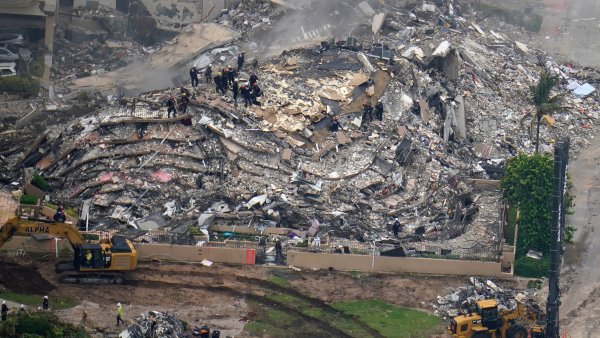 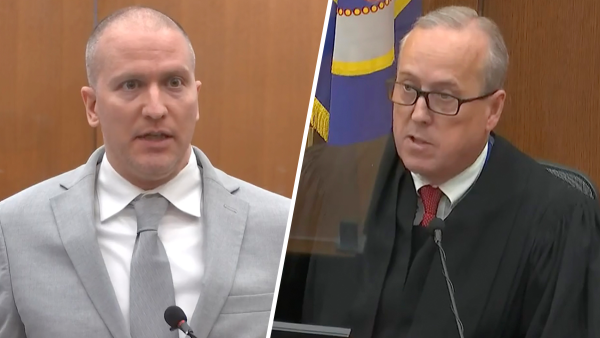 
Chauvin Sentenced to 22.5 Years in Murder of George Floyd

The leaders’ visit to Washington comes as the Biden administration has stepped up plans for withdrawal ahead of the president’s Sept. 11 deadline to end a nearly 20-year-old war that has come with a breathtaking human cost.

Ghani also paid a visit on his own Friday to House Speaker Nancy Pelosi and with House Republican lawmakers. He met with Senate Minority Leader Mitch McConnell on Thursday.

More than 2,400 U.S. troops have been killed and 20,000 wounded in the war since 2001, according to the Defense Department. It’s estimated that over 3,800 U.S. private security contractors have been killed. The suffering has been even greater for Afghanistan with estimates showing more than 66,000 Afghan troops killed and more than 2.7 million forced to flee their homes — mostly to Iran.

Roughly 650 U.S. troops are expected to remain in Afghanistan to provide security for diplomats after the main American military force completes its withdrawal, which is set to be largely done in the next two weeks, U.S. officials told The Associated Press.

Overall, officials said the U.S. expects to have American and coalition military command, its leadership, and most troops out by July Fourth, or shortly after that, meeting an aspirational deadline that commanders developed months ago.

The officials were not authorized to discuss details of the withdrawal and spoke to the AP on condition of anonymity.

The departure of the bulk of the more than 4,000 troops that have been in the country in recent months is unfolding well before Biden’s Sept. 11 deadline. And it comes amid accelerating Taliban battlefield gains, fueling fears that the Afghan government and its military could collapse in a matter of months.

Ghani said at a news conference following the Oval Office meeting that the talks with Biden were productive. He pointed to an uptick in Afghans signing up for the military as a sign of hope. But he also acknowledged the difficulty that lies ahead, suggesting the moment was analogous to the difficulties the U.S. faced at the start of its civil war.

“There have been reverses, we acknowledge it — but the key now is stabilization,” he added.

Abdullah, who took part in the meeting with Biden, later emphasized the importance of continued U.S. support.

“We tend to forget that al-Qaida had reached a certain level of capacity in Afghanistan that was an actual danger and homeland security threat,” Abdullah told the AP in an interview. “If Afghanistan is abandoned completely, without support, without engagement, there’s a danger that Afghanistan can turn once again into a haven for terrorist groups.”

Secretary of State Antony Blinken, speaking Friday in Paris, noted the increased violence and cited “a real danger” that if the Taliban tries to take the country by force, “we’ll see a renewal of a war or possibly worse.”

Blinken added that a continued U.S. presence “certainly would have helped significantly” the Kabul government. “But what is almost certain is that our military would have come to us and said, well, the situation has changed, we need more forces. And we would have repeated the cycle that we’ve been in for 20 years. And at some point, you have to say this has to stop.”

Still, Biden faces strong criticism from some Republicans for pulling out of Afghanistan, even though President Donald Trump made the 2020 deal with the Taliban to withdraw all U.S. forces by May 2021.

McConnell on Thursday charged Biden has “chosen to abandon the fight and invite even greater terrorist threats” and urged the president to delay the withdrawal of U.S. forces.

White House press secretary Jen Psaki pushed back on Friday that Biden inherited an untenable situation from Trump, marked by a relatively small coalition troop presence and an agreement brokered by the Trump administration and the Taliban to draw down all U.S. forces.

“That’s the hand we were dealt,” Psaki said. “The president made a decision which is consistent with his view that this was not a winnable war.”

Biden acknowledged the difficult situation Ghani and Abdullah face as they try to build back their country while staving off Taliban aggression.

“They’re doing important work trying to bring back unity among Afghan leaders across the board and Afghans are going to have to decide their future, what they, what they want,” Biden said. “What they want. It won’t be for lack of us.”

Ghani in his meeting with House Republican leadership faced questions about how his government would use the $3 billion in security assistance it is seeking from the United States and recent gains by the Taliban.

“We want to support them. We want them to be able to defend their country from the Taliban. But I’ll tell you it’s a fairly grim assessment,” said Rep. Michael McCaul of Texas, the senior Republican on the House Foreign Affairs Committee. “The question is: Can they push back the Taliban?”