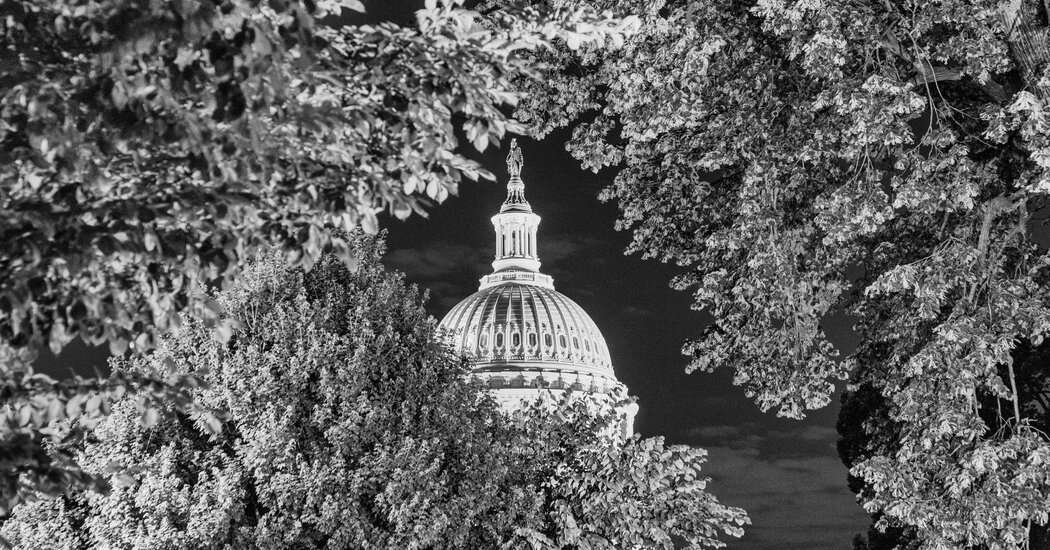 His plan is too big to pass, and too small to work.

To hear more audio stories from publishers like The New York Times, download Audm for iPhone or Android.

What I’m saying is, Biden’s proposal is gargantuan. And if a version manages to pass Congress at anywhere near its current scope, it would constitute a historic level of spending to mitigate the climate crisis and improve basic American services to a level above “crumbling.”

Yet here is the stark shame of our current political moment: Huge as it sounds, the Biden plan is not nearly big enough. Rather than inspiring optimism, then, the vast size of the proposal sets up a disheartening conundrum for anyone looking forward to a habitable future on this fragile planet: Any plan bold enough to effectively address climate change seems unlikely to survive the American political system. And any bill that can survive our politics may not make enough of a dent on the climate.

A 2019 estimate by the Roosevelt Institute suggests it will take about $1 trillion in spending per year over at least 10 years to achieve a carbon-neutral American economy; several other estimates come to a similar conclusion. Part of the investment is likely to come from the private sector, but most will need to be from the government. Biden’s proposal is just a fifth of what the institute estimates is the minimum amount that the government needs to spend to stave off the worst projected dangers of a warming climate; at the high end of spending projections, it’s only an eighth.

Republicans are already balking at the cost of Biden’s plan — or, more precisely, they’re balking at the prospect of raising taxes on corporations to pay for it. Last month Democrats passed Biden’s $1.9 trillion Covid-19 recovery plan, and a huge infrastructure proposal seems to poll well with voters. But congressional Democrats from different factions are already calling for big changes to various parts of the plan, and the party doesn’t have much room to lose support in either the House or the Senate.

It isn’t just climate change that might be left behind when Congress is done chewing up Biden’s plan. I spent much of Wednesday afternoon talking about Biden’s ideas with advocates for public transit and other environmentally friendly transportation systems. They were giddy about the boldness of Biden’s proposals, especially its recognition that the nation is far too dependent on cars.

Among the bright spots: The plan calls for $115 billion in spending on roads and bridges, but unlike many previous highway-funding proposals, Biden’s plan emphasizes repairing roads before expanding them or building new ones. This is crucial because one of every five miles of roadway in America is rated in poor condition — but when given federal money for roads, states often spend a lot of it on expansion rather than repair.

This is counterproductive. New roads are often justified as a way to reduce traffic, but that’s not how traffic works — new and expanded roads tend to encourage more driving, just making congestion worse. New roads also make for more maintenance, adding to the backlog of repairs.

Another novelty in a federal highway bill is the proposal’s emphasis on road safety. It includes $20 billion to reduce crashes and fatalities “especially for cyclists and pedestrians,” constituencies that are often forgotten about in spending for cars. The plan also outlines many ideas to address racial equity, including a $20 billion program to redress the practice of building highways through Black neighborhoods.

But at the moment, Biden’s big ideas exist mainly as a fact sheet — there is no written bill yet, and in the sausage-making of transportation legislation, ambitious ideas are often left behind.

“Congress and the administration have been left off the hook — but no one ever called them on it, and no one ever does,” she told me. “I’m hoping this time they do.”

I am too. I plan to watch the process closely and I promise to throw a columnistic tantrum if the promises aren’t met. But it will likely take many months for a version of the package to wend its way through Congress, and public interest is likely to die down through the long slog. Given the mismatch between the scale of the crisis and the political will to do something big, I can’t say I’m very hopeful.