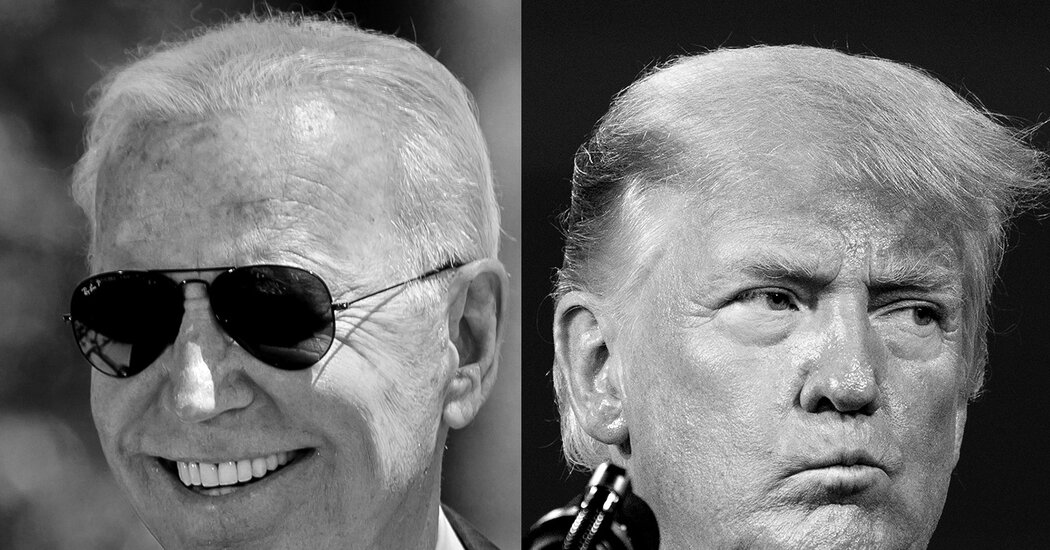 Joe Biden’s inauguration, with its camp authoritarian light displays and general atmosphere of praetorian menace, was exactly the sort of swearing-in that his predecessor might have relished. Roughly a hundred days into Mr. Biden’s presidency, it is hard to escape the feeling that his administration, too, could end up being one that Donald Trump will envy.

After announcing his intention to “get tough on China,” the president has kept Mr. Trump’s tariffs largely in place and supplemented them with a wide-ranging “Buy American” order. Perhaps even more worthy of Mr. Trump was the new administration’s refusal in March to export unused supplies of the coronavirus vaccine manufactured by AstraZeneca on the grounds that the United States needed to be “oversupplied and overprepared.” Mr. Biden’s sudden about-face on this issue a few weeks later was also fittingly Trumpian.

A sort of blithe tactlessness persists. “Did you ever five years ago think every second or third ad out of five or six would be biracial couples?” is not a question one can readily imagine being asked by any American politician of standing other than Mr. Trump — or his successor, who in fact posed it to CNN’s viewers in February.

There is also the matter of immigration policy. Despite his formal reinstatement of the Deferred Action for Childhood Arrivals program and other, mostly symbolic actions, such as proposing that the word “alien” be replaced with “noncitizen” in American law, Mr. Biden has presided over the sorts of barbarous spectacles at our southern border that were all too familiar during the past four years.

This month he briefly committed his administration to maintaining Mr. Trump’s parsimonious annual cap on the number of refugees the United States will accept (though in response to criticism the White House now claims that it will reconsider the issue next month). Under the terms of an obscure health statute from 1944 also favored by the Trump administration, more Haitian nationals were deported over a period of a few weeks this year than during the whole of 2020, and about 26,000 people in total appear to have been deported since his inauguration.

Mr. Biden’s suggestion, made during his primary campaign, that entering the United States illegally should no longer be treated as a criminal offense, his promise to end construction of the border wall and his pledge that not a single deportation would take place during his first hundred days in office — ’tis gone, and all is gray.

In foreign affairs, too, it certainly looks as if Mr. Biden shares his predecessor’s willingness to eschew both neoconservative hawkishness and conventional liberal internationalism in favor of something more nakedly self-interested. Between announcing that the remaining 2,500 American troops would return from Afghanistan by Sept. 11, he has carried out airstrikes in Syria, spoken equivocally about our shameful adventures in Yemen and largely ignored the genocide being carried out in the Tigray region of Ethiopia.

After a brief interlude in which members of his party seemed to be calling for something like a second Cold War in response to exaggerated claims of Russian interference in the 2016 election, he seems to have accepted that the 1980s really did want their foreign policy back after all, which is why little has been done in response to the jailing of the Russian opposition leader Alexei Navalny. The United States may be on the verge of returning to the Obama administration’s nuclear weapons accord with Iran, but when it comes to North Korea, the nation is also, in the words of Lloyd Austin, Mr. Biden’s secretary of defense, “ready to fight tonight,” presumably with fire and fury.

All of this befits an inward-looking administration more interested in a foreign policy of convenience than in do-gooderism or even justifiable humanitarian action for which there is little broad-based popular support.

Even in the area of economics, where it might have been supposed by both supporters and critics during the presidential campaign that Mr. Biden would adopt a more progressive agenda, he has differed from the bipartisan center-right economic consensus along curiously familiar lines. In addition to keeping Mr. Trump’s moratorium on evictions in place, for example, he has continued with the suspension of interest on student loan debt and the collection of monthly payments.

This is not to suggest that Mr. Biden has never diverged meaningfully from his predecessor. But as other political observers have pointed out, there is a real sense in which many of his departures have been in keeping with the spirit, if not the somewhat less well-defined letter, of Trumpism. Despite occasional rhetorical sops to organized labor that have become a mainstay of populist conservative rhetoric, Mr. Trump was arguably the least union-friendly president since Ronald Reagan, whereas Mr. Biden has restored some collective bargaining rights by executive order.

After making a great deal of noise about the importance of the social safety net during his 2016 campaign, Mr. Trump held standard Republican positions on such issues as work requirements for recipients of Medicaid, which Mr. Biden has reversed. It somehow never occurred to Mr. Trump or anyone in his orbit to allow Americans to purchase health insurance plans from the online marketplace outside the pointlessly narrow open enrollment window, as Mr. Biden did months ago.

Why is Mr. Biden having more success carrying out some of his predecessor’s policies? Certainly Mr. Trump’s fabled étourderie and his inability to staff a cabinet with qualified officials sympathetic to what was ostensibly his agenda are a part of the story. A more interesting question, though, is where the indignation from would-be opponents of moderate protectionism and realism in foreign policy has gone. Would Mr. Biden’s broken promises regarding deportations be less excusable if he, too, were in the habit of calling immigrants revolting names?

Metaphysics, said the philosopher F.H. Bradley, is the finding of bad reasons for things we believe instinctively. It might well be that the essence of Mr. Biden’s presidency will be finding wholesome-sounding reasons for doing all the things — some wicked, others sensible, a handful plainly laudable — that his predecessor had attempted out of malice or indifference.

Matthew Walther is the editor of The Lamp, a Catholic literary journal, and a contributing editor at The American Conservative.