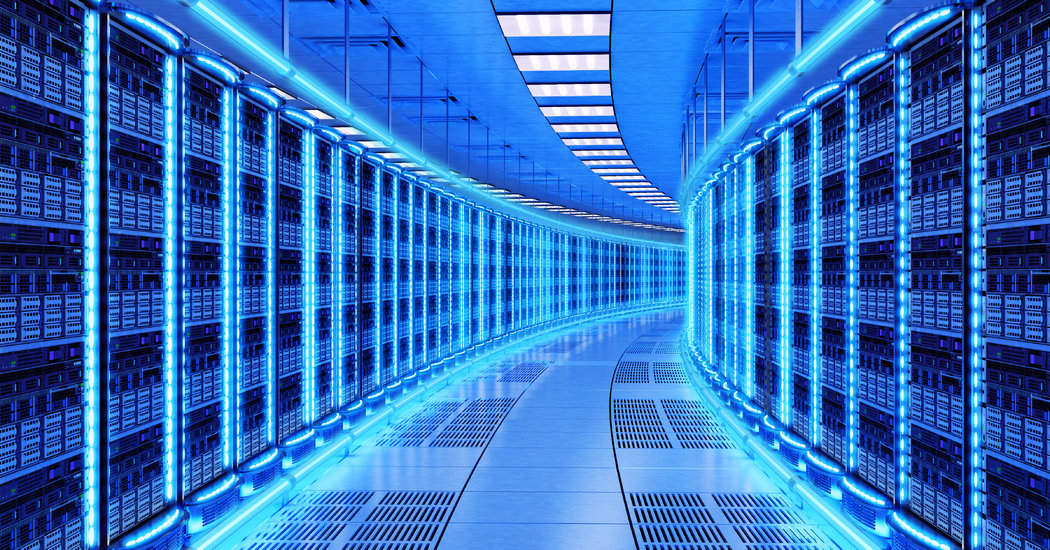 If power tends to corrupt, and absolute power corrupts absolutely, how can we best describe the kind of power Big Tech will wield when the coronavirus crisis is over?

How about this: The tech giants could have all the power and absolutely none of the accountability — at least all the power that will truly matter.

This is the conclusion that many are coming to as the post-pandemic future begins to come into focus. Wall Street sure is signaling that the power lies with tech companies, vaulting the stock of Amazon to close to $2,400 a share earlier this week, from $1,838 at the end of January. While the price fell on Friday to $2,286 a share, after Amazon’s chief executive, Jeff Bezos, said he would spend future profits on the coronavirus response, that still gives the company a value of $1.14 trillion.

And all the other Big Tech stocks, which were hit in the first weeks of the pandemic, also are on an upward march to the top of the market-cap heap. Microsoft at $1.32 trillion. Apple at $1.26 trillion. Alphabet at $900 billion. And Facebook at $577 billion. This group now makes up just over 20 percent of the S.&P. 500, which is a flashing yellow signal of what is to come.

That is to say, we live in a country in which the very big tech firms will be the very big winners in the economy of the future, which still does not look like it will be so pretty for most people and many companies, too.

In a column about a month ago, I wrote about a problematic trend that would develop after the world had been turned upside down by the pandemic. “There will be a culling of most competitors of these giants that will only strengthen the power and reach of the behemoths, eliminating pesky roadblocks to their further domination,” I wrote about tech’s leading companies, who have the money and the means to wait out the storm. “This is obviously not a good thing in the long run.”

But even if it is good that companies like Amazon and Google and Facebook and Apple have become an essential part of making it easier to shelter in place or to track the virus — thanks a bunch for food delivery, contact-tracing apps and lots of funny memes — there’s much that’s not good.

It’s not good that we have set up an epic system of have and have-nots that could become devastating for innovative ideas and start-ups trying to get off the ground. Not good because too much of our data is in the hands of fewer. Not good because these fewer are largely unaccountable to those they serve and hard to control by governments that are elected by the people.

These are themes that I have repeated over and over since I started this column two years ago — trying to drill down on what unlimited power, Midas-like financial might, minimal oversight and very few actual consequences might mean for the rest of us. Contrary to some of the pushback I get when I say what I consider the obvious, I neither hate tech nor think most people who work in tech are bad people.

But when this crisis is over, I can say that we most certainly should fear Big Tech more because these companies will be freer than ever, with many fewer strictures on them from regulators and politicians. The effort to rein in tech companies had been building decent momentum before coronavirus outbreak, but it will be harder when focus needs to be on building up rather than breaking apart.

Now, as we turn to the healthy companies to help us revive the economy, it could be that the only ones with real immunity are the tech giants. In this way, Covid-19 has accelerated their rise and tightened their grip on our lives. And this consolidation of power, combined with Big Tech’s control of data, automation, robotics, artificial intelligence, media, advertising, retail and even autonomous tech, is daunting.

Which is why politicians like Senators Josh Hawley, Republican of Missouri, and Elizabeth Warren, Democrat of Massachusetts, have become very strange bedfellows in calling for more scrutiny of Big Tech of late. And House lawmakers on Friday were calling for Mr. Bezos to testify at a hearing on antitrust violations or face a subpoena. But the real actions the government takes are likely to feel ever limper.

Witness the $5 billion settlement between the Federal Trade Commission and Facebook that was approved by a judge this week. When it was announced last year, I called it a “parking ticket.” Today, it is like losing a dime for Facebook.

The judge, Timothy J. Kelly of the U.S. District Court for the District of Columbia, noted the government’s complaints that Facebook flouted the terms of a previous consent decree with the F.T.C. and called such behavior “unscrupulous,” even as he let the company slide into home with its sharpest spikes out.

The complaints about Facebook “call into question the adequacy of laws governing how technology companies that collect and monetize Americans’ personal information must treat that information,” Judge Kelly wrote, adding that if it happened again, courts “may not apply quite the same deference to the terms of a proposed resolution.”

If the courts ever get such a shot again, that is. They won’t with the current trajectory of Facebook, which has deftly used the pandemic as a redemption moment by doing its job on keeping bad health information off its platform.

Thanks a lot for that, but it is the lowest bar in my humble estimation. All of tech should do its part to stop the spread of misinformation, especially as the industry’s power continues to grow.

That’s why power and its uses and abuses, and what it should and could be, as well as what it means to be without it, will be the central organizing principle of a new podcast I will start in the fall with The New York Times. For the past five years, in more than 500 episodes, I have been trying to do that at Vox Media with my podcast “Recode Decode” by holding tech’s feet to the fire as best I could. I have also tried to illuminate for listeners what wonder the future could hold if power were used in more creative, inclusive and, most important, more unusual ways.

Power doesn’t necessarily have to corrupt, and this troubled time can show us what power can do when it is applied in different ways. Are giant corporations more powerful than the workers? Does money confer power, or does creativity? Do you need might to be powerful — or dexterity?

There are a lot of synonyms for power, including one that connotes dominance and one that points to potential. I hope to explore which way to go as we emerge from this virus prison.

As a 19th-century orator said about Abraham Lincoln, “Nearly all men can stand adversity, but if you want to test a man’s character, give him power.”

To my mind, there is no better time to find out.