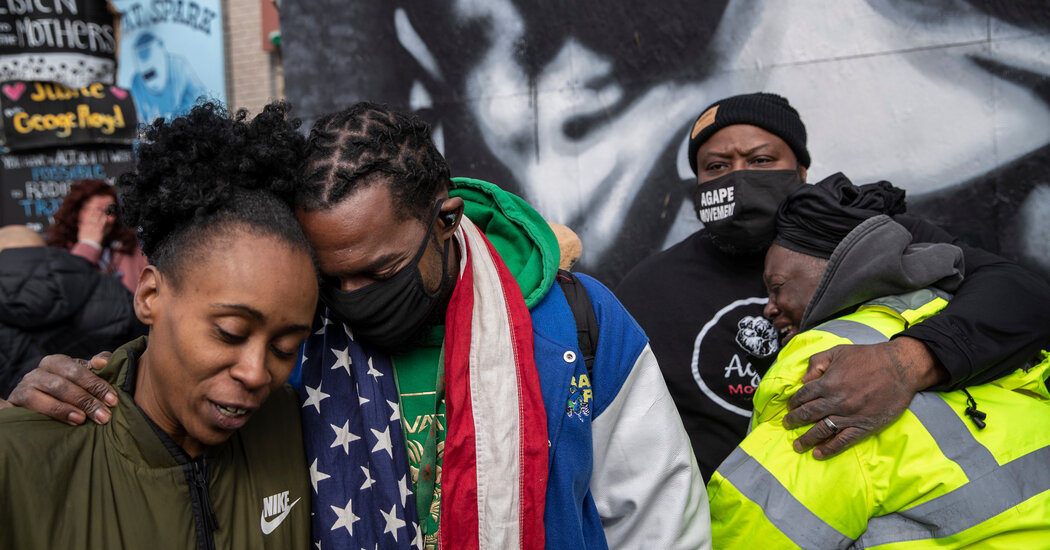 MINNEAPOLIS — This city always prided itself for being a progressive place where everyone could thrive. At least, that was true for white people. Black residents all too often faced persistent racism and inequality — in education, homeownership, income and employment — and in the way the police treated us.

For years, the Minneapolis police have persistently abused Black residents, even children. Several years ago I saw a white officer confront a Black boy who looked to be about 10, grab him by his shirt and slam him against the hood of a police car. I confronted the officer and notified the white police chief at the time. The chief shrugged as if there was nothing he could do.

It took the police murder of George Floyd last year, and an uprising by outraged residents, to finally call attention to the brutality and injustice Black people face every day here and around the country.

Those of us who had long fought for a reckoning over police abuse in Minneapolis expected to see a critical examination of the practices, laws, policies, contractual requirements and spending that undergird policing. We expected a well-thought-out, evidence-based, comprehensive plan to remake our police department.

Instead, what we got was progressive posturing of a kind seen throughout the country and a missed opportunity to bring about real change and racial justice.

This was made plain last week when voters rejected a proposal to replace the Minneapolis Police Department with a new Department of Public Safety. While many white progressives embraced the ballot measure as a sign of progress, many Black residents like me raised concerns that the plan lacked specificity and could reduce public safety in the Black community without increasing police accountability. The city’s largest Black neighborhoods voted it down, while support was greater in areas where more white liberals lived.

The measure would have removed from the City Charter a requirement for a minimum number of police officers per resident and enacted “a comprehensive public health approach” to public safety “which could include licensed peace officers (police officers), if necessary.” (Emphasis added.) It would have also diluted the mayor’s power over the police by having the chief executive and the City Council share control, and would not have required the head of the proposed new department to have any law enforcement experience.

The proposal would have almost certainly created a cascade of unintended consequences that would have harmed Black residents by reducing the number of police officers and the quality of oversight without creating an effective alternative.

Supporters of the measure held no public hearings about it and made little effort to listen to Black residents’ concerns or the opinions of experts. The main issue that many Black people were worried about — the significant increase in gun violence, carjackings and homicides here in the past year or so — was largely ignored.

“Nothing about us without us,” opponents of the measure said, demanding a role in decision-making to make sure that any solution accounted for both Black people’s complex and troubling relationship with the police as well as the disproportionate damage crime and violence do to our communities.

Black voters were especially wary because the City Council members who pushed the measure had done little to rein in the Minneapolis Police Department over the years. The pledge that nine of them made to dismantle the department shortly after Mr. Floyd was killed was more about “looking” progressive to national and international audiences than about transforming policing in ways that most Black residents wanted.

The months of protests around the country and around the world motivated by George Floyd’s killing were intense and electrifying. But the aftermath of those protests help tell the real story. Far too many progressives took the route of proposing quick fixes, like simply cutting police funding, to address complex, longstanding challenges to policing. As election results in Minneapolis, New York City and elsewhere have shown, that’s not what the majority of Black people want.

What many Black people are demanding is a system that is effective, cost-efficient, nonmilitarized and transparent. We want officials to be accountable for who is hired, how they are disciplined and how they treat us. We want police leaders to admit that racism, white supremacy and misogyny are endemic in many police forces and we want them to commit to radically shift police culture.

For that to happen, there must be a re-examination of the purposes, practices, expenditures and almost unfettered power and discretion of the police. To responsibly reduce spending, elected officials must conduct a real cost/benefit analysis of hiring numerous officers to focus on low-level crime, traffic stops (as in the cases of Daunte Wright and Philando Castile), and small quantities of cannabis, to name a few. This would ultimately mean eliminating or reducing low-level traffic stops, repealing criminal laws and ordinances that do not improve public safety, and making a commitment to end the war on drugs.

Police departments must establish an early-warning system to flag problem officers and a robust disciplinary system when officers violate the law and people’s rights. Instead of continuing to allow police departments to investigate themselves when officers kill people, states should establish a special prosecutor’s office to investigate claims and bring charges when appropriate.

Police departments should analyze data to decide where officers are needed most and even where other resources, like mental health professionals, should be assigned. Receiving input and oversight from the public are important components to shifting police culture, as well as listening to Black people and taking our concerns seriously.

Black lives need to be valued not just when unjustly taken by the police, but when we are alive and demanding our right to be heard, to breathe, to live in safe neighborhoods and to enjoy the full benefits of our status as American citizens.

That all takes hard work, not just rhetoric, political posturing, and empty promises.

Nekima Levy Armstrong is a civil rights lawyer, a founder of the Racial Justice Network and the executive director of the Wayfinder Foundation.