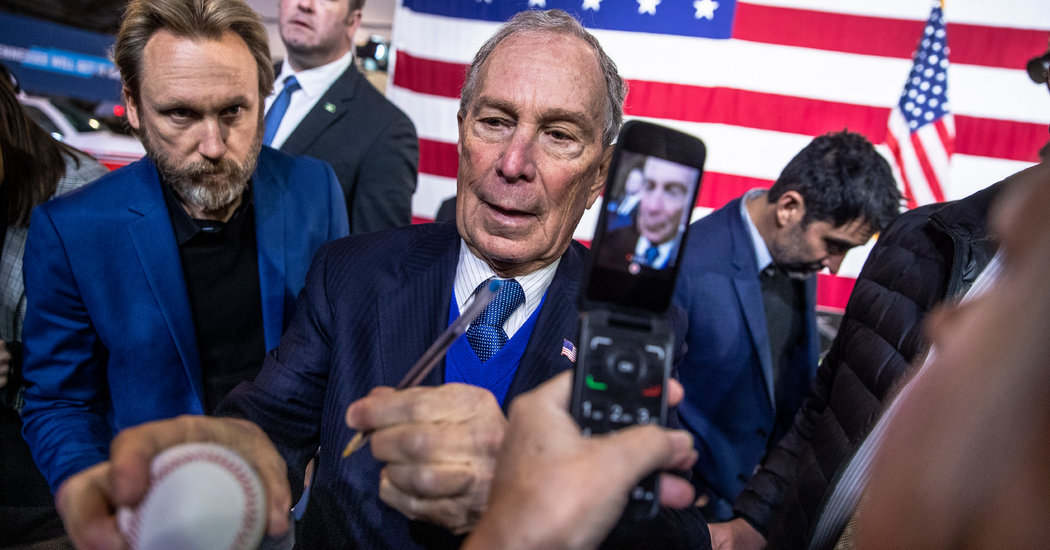 Perhaps you can’t buy the presidency after all.

That’s one potential lesson from the 2020 Bloomberg campaign, a 101-day billionaire media supernova that burned hot and fast — and through upward of $500 million in mostly ad money — but won no states in the primary contest. (At least Mike Bloomberg can expect a warm welcome the next time he visits American Samoa.)

One way to look at the Bloomberg campaign is as proof that attention-hacking digital and media strategies are mostly hot air — a quadrennial transfer of money from campaigns to creative consultants and media outlets that’s hyped but not all that productive. If $500 million can’t win you one state in the primary, what does that say about the Trump campaign digital ad juggernaut Democrats are terrified to go up against? Just how effective are all those pesky, political ads Facebook refuses to fact check?

But to look only at number of states won obscures the marvel of the Bloomberg experiment, in which name recognition and an unlimited war chest helped elevate a candidate polling nationally at less than 3 percent on the day he announced to around 16 percent by the end of February. It allowed a less than charismatic campaigner with stop-and-frisk and nondisclosure agreement baggage who skipped the first four nominating states to still manage to crack 10 percent of the vote in nearly all of the Super Tuesday contests. If there’s a lesson to draw from Mr. Bloomberg’s media extravaganza it seems to be, as The Atlantic’s McKay Coppins remarked, “how close it came to working.”

In barely three months, Mr. Bloomberg built a national media apparatus that sucked up huge amounts of politics’ most precious and finite resource: attention. He managed to attack the left wing of the Democratic Party without damaging those in its center, and he provided a blueprint for how a Democrat with more raw appeal and connection to voters could compete with the Trump campaign’s audacity online. The strategy — however cynical — worked, even if the candidate didn’t.

“The fact that he got to where he did is a baseline testament to the effectiveness of ads,” a strategist working on another presidential campaign told me Wednesday. They described the Bloomberg campaign as “a political science experiment” seeking to answer the (once hypothetical) question, “What does a campaign with every resource it could need and more do?”

The campaign’s shamelessness and limitless resources were perhaps helpful in establishing a blueprint for media strategy in the general election. The campaign showed that a pugnacious strategy on Twitter against Donald Trump nets cable news headlines, high engagement and excites those whose sole goal is messing with the president.

Its recruitment of online influencers — specifically its flooding the zone with memes on private Instagram accounts — forced major internet platforms to scramble to address outdated transparency rules. For Democrats taking notes, it’s undoubtedly helpful to see just how far paying millennial and Gen Z meme accounts to shill for a septuagenarian will get you.

“I think the net positive is that they were able to try all of the things that we’d all love to try but can never afford,” the strategist said. “And now we know in that fantasy world what works and what doesn’t.” One thing that seems clear: More than a million Americans went to the polls on a single day and cast a vote for Mr. Bloomberg, likely in part because of what they saw in one of his countless TV and digital ads.

But, as any creative executive will tell you, marketing eventually has to collide with a product people want to buy. If it doesn’t, it plateaus in effectiveness. “In Mr. Bloomberg’s case, the product was bad,” Shomik Dutta, an Obama campaign vet and the chief executive of Higher Ground Labs, told me. “Over 20 million Democratic voters watched that first debate with him and I think there was a ‘Wizard of Oz’ moment for all of them: ‘That’s the guy behind the curtain?’ The advertising did still work, though — look at his numbers before the fall from grace.”

Brian Fallon, a former Hillary Clinton adviser and executive director of Demand Justice, viewed Mr. Bloomberg’s online hype less favorably. “Seems like there is a good Fyre Festival analogy to be drawn,” a reference to the famously disastrous 2017 music festival. “Great marketing/viral buildup but then the product ultimately was a failure.” Unlike the Fyre Festival, Mr. Bloomberg did not scam his supporters. But both events, as Mr. Fallon noted, enlisted the help of the same influencer marketing firm.

Others suggest that Mr. Bloomberg’s money bomb would have been more effective if it were tailored more toward collecting voter information to build good will. “The Trump campaign runs a very tight ship that is driven by data and analytics,” Reid Vineis, vice president for digital operations at Majority Strategies, a Republican consulting firm, told me. “The Trump campaign is also extremely well funded like Mike Bloomberg. However, they do not waste money.”

In a recent article Mr. Vineis argued that Mr. Trump’s campaign uses ads to “identify these supporters and then talk to them on social media. In contrast, the Bloomberg approach is to pay people on social media to talk about him, then hope they turn into supporters.”

Last month I wrote that Mr. Bloomberg used his money to help solve a fundamental equation of the internet: that shamelessness and conflict equal attention and attention equals power. One could argue, given Mr. Bloomberg’s exit, that my math was wrong. That, of course, depends on how one defines power and what exactly it was Mr. Bloomberg was buying with his money.

Mr. Bloomberg’s attention-hacking didn’t purchase many delegates but it did buy national name recognition and a number of opportunities to dunk on the president online. More important for him, it may have staved off a progressive insurgency, a candidate pushing a wealth tax and a movement intent on reshaping or demolishing the Democratic establishment. In that case, for a billionaire, it’s money well spent.

The Times is committed to publishing a diversity of letters to the editor. We’d like to hear what you think about this or any of our articles. Here are some tips. And here’s our email:[email protected].