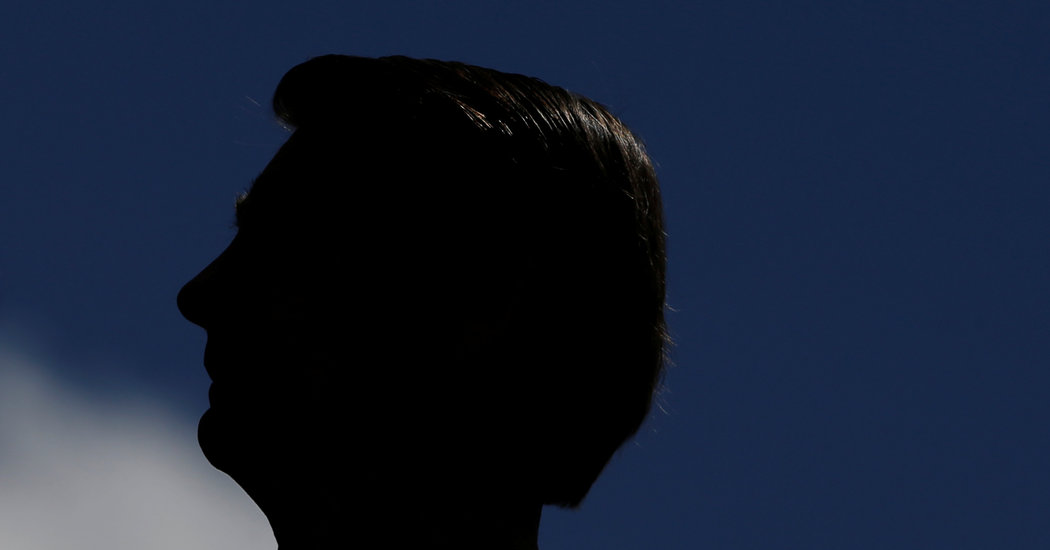 RIO DE JANEIRO — I was born over 30 years ago, just as democracy in Brazil was emerging. Yes, Brazilian democracy is the same age as Lindsay Lohan. Like her, it had its heyday in the 2000s and didn’t fare well with the onset of adulthood.

My parents voted for a president for the first time in their lifetime in 1989 when I was 3 years old. I grew up hearing frightening stories about the military dictatorship. In one, torturers attached a man’s mouth to the carburetor of a car with the engine running and left the man to die. In another, Col. Carlos Alberto Brilhante Ustra inserted rats into a captive pregnant woman’s vagina. This is what Brazilians were living through while Woodstock and Watergate were happening in the United States. Here, reporters like Bob Woodward and Carl Bernstein went missing or “committed suicide” in physics-defying conditions that would have been impossible without the help of the state.

Those who find similarities between President Jair Bolsonaro and President Trump don’t grasp the depth of the situation in Brazil. Mr. Bolsonaro has not masked his affection for the military dictatorship. In fact, he considers Colonel Ustra, who ran a torture center in the ’70s, a “national hero.” Though media has given him the nickname “Trump of the Tropics,” Mr. Bolsonaro seems more like a cross between Chile’s Augusto Pinochet and Borat.

I’m a Brazilian comedian. While it may sound easy given our current political climate, it’s actually very difficult to make jokes about a president who already seems to be a parody. It’s hard to compete with reality.

I’m part of Porta dos Fundos, a comedy collective I cocreated in 2012 with four friends — Fábio Porchat, Antonio Tabet, Ian SBF and João Vicente de Castro. We had all worked in television, where we couldn’t make jokes about sex, politics or religion — basically, the funniest topics. So we took to the internet, where our style of humor resonated. Then in 2017, Viacom bought half of our company. We’re now part of an American corporation, but of course that doesn’t stop people from calling us Communists — a word Mr. Bolsonaro is still throwing around as an insult. Vintage, no? But that’s not the worst of it.

Perhaps it’s common knowledge that Brazilians wouldn’t be caught dead at the beach wearing surf shorts. But there’s a layer of Brazilian political life that may surprise some: The secular state is a concept that has not made its way south of Ecuador, though church and state are formally separated. Here, Speedos and theocracy reign supreme.

To give you an idea of what we’re up against, there’s an evangelical “bancada,” which roughly translates as “bench,” in Congress. This is not just a Christian lobby, or a handful of congressional representatives who are Christians. The bench comprises more than 80 representatives out of 513 federal deputies, who go to Congress with their Bibles in hand and vote accordingly.

Many are pastors, police officers or both, like Pastor Sargento Isidório, who is famous for claims to cure drug addicts with a clubbing. I guess it worked for him. Once a gay drug addict, he has been born again.

Here’s an idea of the scale of our problem with secularism: The most cited name during President Dilma Rousseff’s impeachment was God. No, he didn’t make any suspicious deposits, nor did they find any emails in his name, but apparently it was he who asked a hundred Brazilian deputies to have the president removed from office.

We did a Christmas special for Netflix about Jesus’ youth titled “The First Temptation of Christ.” Mr. Porchat opens with the fact that the Bible has a glaring gap. Jesus is 12 and — bam — he’s already 30 years old being baptized in the River Jordan. Why is there no account of his youth? What were they trying to hide?

We hypothesized that Jesus loved men. We weren’t the first to come up with this, of course. Before us, Mark the Evangelist had already told us in that apocryphal text that “The youth came to him, wearing a linen cloth over his naked body. And he remained with him that night, for Jesus taught him the mystery of the kingdom of God.”

Brazil’s evangelical bench may not know this passage, just as it certainly does not know of Monty Python, Mel Brooks, “South Park” and so many who have already poked fun at the sacred cows of Christendom before we did. Today, there are a dozen lawsuits and petitions demanding the content be taken down.

The Public Prosecutor’s Office accepted a petition from a Catholic organization that demanded not only censorship but also payment of a fine of nearly half a million dollars — two cents for each Brazilian who professes Catholicism in the country. I’m curious about this accounting. I was baptized in the Catholic Church, but I didn’t receive my first communion. Am I entitled to two cents? Does not receiving communion disqualify me, or am I eligible for one penny? Does the remaining penny go to those who were confirmed?

This is not new to us. What has changed is that since this president took office, the attacks have come in different forms. On Dec. 24, for example, a group of masked men attempted to set our offices on fire with Molotov cocktails. The security guard managed to put out the fire and no one was hurt.

The next day, a group that called itself Popular National Insurgence Command, inspired by the Integralist movement, claimed responsibility for the attack. Brazilian Integralism was a 1930s anti-Semitic movement — yes, there were many Brazilians, of mixed race themselves, who were sympathetic to a movement that would have sent them to a concentration camp.

We believed the movement had been eradicated along with syphilis and tuberculosis. But it seems all these evils are back in Mr. Bolsonaro’s Brazil.

Humor, of course, is not the only thing affected by the government. I acted in the film “Invisible Life,” which won the Un Certain Regard prize at Cannes this year, but in Brazil it was not supported by the National Cinema Agency, whose director at the time claimed that the producer was a Communist. Anyone who knows the market knows this makes no sense. No one is less Communist than a film producer!

Public agencies — most of them — are being replaced by “government loyalists,” to use Mr. Bolsonaro’s own term. The president has already said that he is not in favor of censorship but rather of protecting “Christian values.”

One doesn’t need to attack Christianity, however, to be fired. When the director of Brazil’s National Institute for Space Research released data on deforestation, the president ousted him — perhaps reality is also an enemy of Christian values.

Although our president doesn’t deserve the nickname “Trump of the Tropics” (not even that!), he was certainly greatly helped by the outcome of the American elections. If the United States elected an oligophrenic, why couldn’t Brazil? We look forward to the result of impeachment and this year’s elections. Hopefully Mr. Trump’s fall will presage the demise of his tropical wannabes.

Gregorio Duvivier is a Brazilian actor, poet and producer. He hosts “Greg News” on HBO.