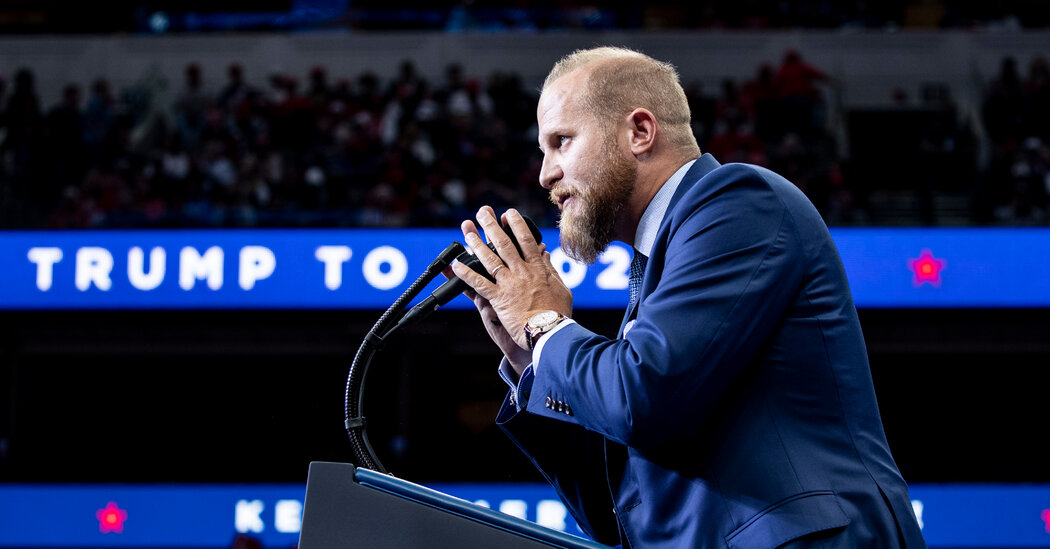 MIAMI — President Trump’s former campaign manager, Brad Parscale, was hospitalized after the police were called to his home in Fort Lauderdale, Fla., by his wife, who said he had guns and was threatening to hurt himself, officials said on Sunday evening.

The episode took place just before 4 p.m., the authorities said, outside a home that records show Mr. Parscale bought in 2019.

“When officers arrived on scene, they made contact with the reportee (wife of armed subject) who advised her husband was armed, had access to multiple firearms inside the residence and was threatening to harm himself,” the Fort Lauderdale Police Department said in a statement. “Officers determined the only occupant inside the home was the adult male. Officers made contact with the male, developed a rapport, and safely negotiated for him to exit the home.”

The police identified the man as Mr. Parscale, and said he was taken to Broward Health Medical Center for an evaluation.

Mr. Parscale was replaced as campaign manager in July, after complaints from Mr. Trump about how the campaign’s money had been spent and as the president sank in public and private polling, largely because of his own performance handling the coronavirus pandemic.

Nonetheless, Mr. Parscale remained a target of criticism, in part because of his public presence representing the campaign. He has remained as an adviser to the campaign, primarily dealing with digital fund-raising and digital advertising.

In a statement, Tim Murtaugh, a spokesman for the campaign, said: “Brad Parscale is a member of our family and we all love him. We are ready to support him and his family in any way possible.”

If you are having thoughts of suicide, call the National Suicide Prevention Lifeline at 1-800-273-8255 (TALK) or go to SpeakingOfSuicide.com/resources for a list of additional resources. Here’s what you can do when a loved one is severely depressed.