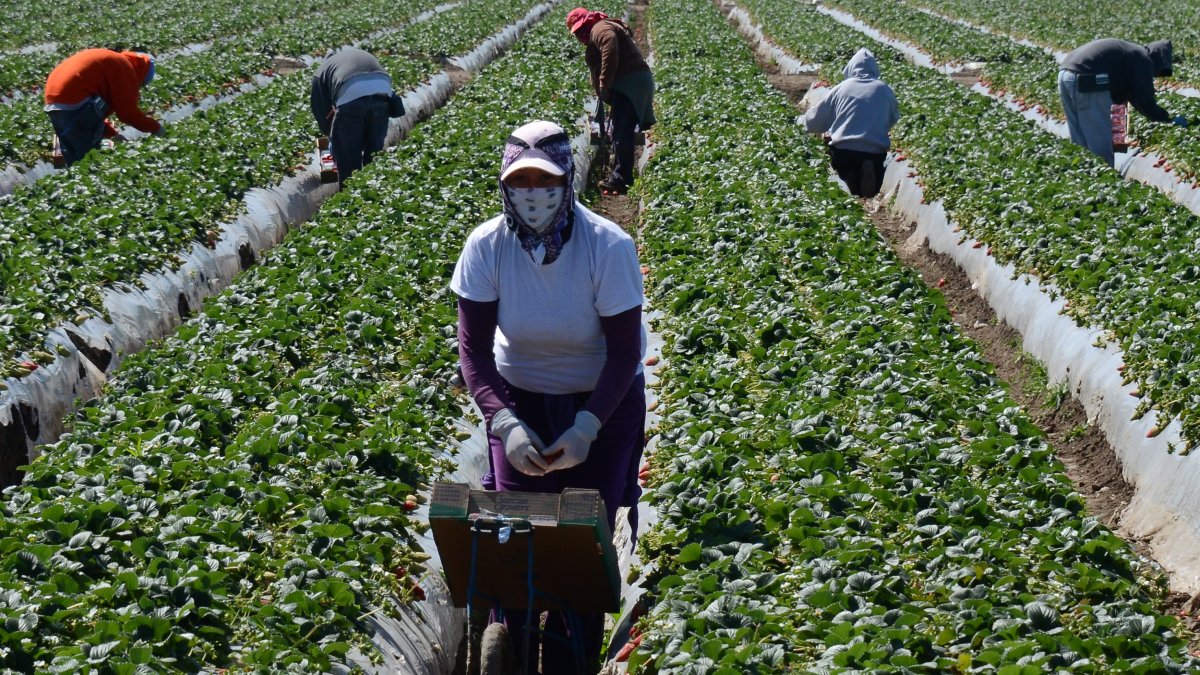 Starting Wednesday, farmworkers will march 15 miles up the Central Valley a day — missing work and time with their families — to demand legislation protecting them from voting intimidation.

The 24-day, 335-mile “March for the Governor’s Signature” aims to persuade Gov. Gavin Newsom to sign Assembly Bill 2183, or the Labor Relations Voting Choice Act. The bill would modernize the 1975 Agricultural Labor Relations Act by allowing California farmworkers to vote on whether to unionize in secret, whenever and wherever they feel safe.

The march will start in Delano and end at the State Capitol in Sacramento.

Under existing law, farmworkers cast their confidential vote for or against unionization at a polling place designated by the Agricultural Labor Relations Board office. These locations are typically on the grower’s or company’s property, where supervisors and anti-union consultants may pressure farmworkers to vote as the growers want.

Many agricultural employees have filed unfair labor practice charges to the ALRB for threats, firings and other actions that have increased fear and made organizing a union challenging and dangerous for them.

However, efforts to give farmworkers the right to vote in union elections without intimidation have been turned down.

In September 2021, Newsom vetoed Assembly Bill 616, a proposal that would make it easier for California farmworkers to vote in union elections by allowing them to fill out ballots on their own time.

The workers believe they should have the same option that Californians who vote in general elections have, to receive and fill out their ballots at home and drop them off or send them in the mail.

Community members from each town will support the marchers by providing a morning blessing when they depart, supplying food and water and organizing residents to join.

The march will end on Aug. 26, which the governor proclaimed as California Farmworker Day last October.