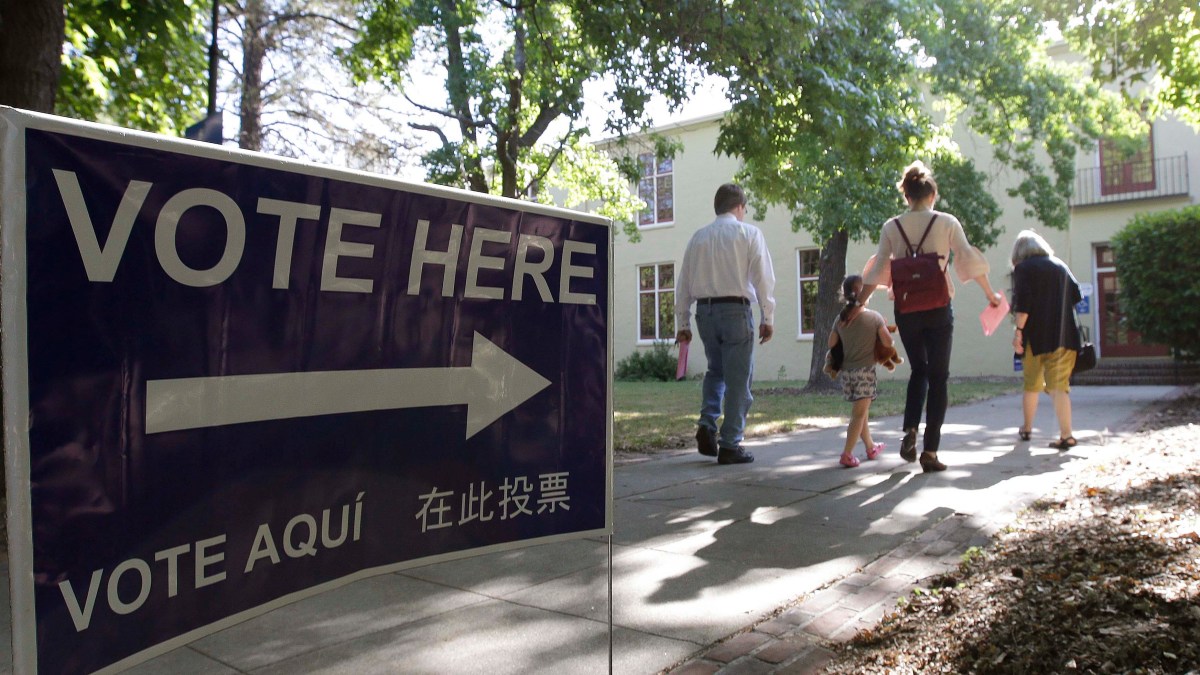 Major changes to the way people vote have election advocates on edge as Californians cast ballots in a high-profile primary that was moved up from June so the country’s most populous state could have a bigger say in picking the Democratic presidential nominee.

More than 2.7 million of 20.6 million registered voters had returned ballots in early voting as of Thursday, Secretary of State Alex Padilla said. California is among several states holding elections on “Super Tuesday,” and the state’s 416 delegates are a rich prize for the Democrats slugging it out for the nomination.

“We’re going into this election with record registration and a whole lot of energy,” Padilla said in a phone briefing with reporters Thursday.

Those changes may confuse some voters. The fear is that California will end up with a mess much larger than the Feb. 3 debacle in Iowa, where the Democratic Party could not declare a winner for several days because of problems with a new cellphone app used to collect data from caucus sites, among other blunders.

The results of competitive races, such as the presidential primary, likely won’t be known Tuesday. California accepts ballots arriving up to three days after election day and has expanded same-day voter registration, so ballot counting will continue well after Tuesday. There were more than 2 million ballots left to process after the 2016 primary.

The Iowa Democratic Party announced Thursday that 100% of the results were in following days of delays. Meanwhile, an analysis by the NBC News Decision Desk found the results were rife with inconsistencies and potential errors. Earlier Thursday, the Democratic National Committee chairman called for a recanvass, citing concerns over inconsistencies.

Paul Mitchell, vice president of data firm Political Data Inc., expects turnout in California to be around 50%, roughly the same as in the 2016 primary, with most people voting Tuesday. He said there’s excitement for the Democratic presidential race, but Republicans have little reason to vote in the primary despite congressional races on the ballot.

Election observers are keeping tabs on Los Angeles County, the nation’s most populous county with more than 5.5 million registered voters and an upgraded $300 million voting system, including new ballot-marking devices.

It’s also among 15 counties — up from five in 2018 — that have replaced traditional polling places with multipurpose vote centers, where people who live anywhere in the county can vote early, drop off ballots, register to vote or vote on election day.

The results of the Iowa caucus were delayed until Tuesday after the Democratic Party said Monday night it found “inconsistencies” in the tallies.

The vote centers’ rollout last weekend was bumpy, with some opening late or not at all because supplies hadn’t arrived or workers didn’t have correct information to start new touch-screen ballot markers.

Los Angeles County is the only one of the 15 counties with vote centers that did not automatically mail ballots to all registered voters, increasing the possibility that people will have no ballot and won’t know where to go on election day.

Still, “in a county that enormous, all of the public outreach efforts in the world are still going to fall short,” he said.

The chairman of the Iowa Democratic Party (IDP), Troy Price, addressed the reporting issues from the Iowa Caucus on Tuesday. After admitting that the IDP hit a “stumbling block,” Price said officials would release partial results Tuesday. “We know this data is accurate,” Price said. “We also have a paper trail and documentation that we have been able to use to help verify the results.”

The Los Angeles County Registrar-Recorder’s office did not return calls and emails seeking comment. Registrar Dean Logan posted Saturday on Twitter that the new equipment worked well but there is “more work ahead to ensure better coordination of facilities and logistics.”

The transition to vote centers is huge, says Orange County Registrar Neal Kelley, and he worries he’ll get calls from irate voters on Tuesday: “I’m standing in front of the garage I’ve voted at for the last 20 years — why is it not open?”

Orange County has 1.6 million registered voters, and returns are 35% higher than they were at this point in 2016, he said.

Also new this year, Californians can register to vote up to 8 p.m. on election day wherever ballots are cast, which could mean a surge of last-minute ballots, including provisional ballots that take longer to count.

With no results coming in from the Iowa caucus, Wolf Blitzer of CNN calls Shawn Sebastian in Iowa to try to figure out what’s going on.

Kim Alexander, president of the nonpartisan California Voter Foundation, said she’s not surprised people are holding on to their ballots as they debate the merits of the candidates — a still-evolving pool is precisely why lawmakers moved up the election date — but she and others worry about an election day meltdown with long lines.

“It’s fine to wait,” she said. “Just don’t wait too long, and for God’s sake, don’t put your ballot in the mail on election day.”

Another group that voting advocates say will face problems and perhaps contribute to longer lines is the state’s 5 million “no party preference” voters. They are given a nonpartisan ballot that lists no presidential candidates unless they specifically request a ballot from one of the three parties that allows them to vote in their presidential contests without re-registering: Democratic, Libertarian or American Independent.