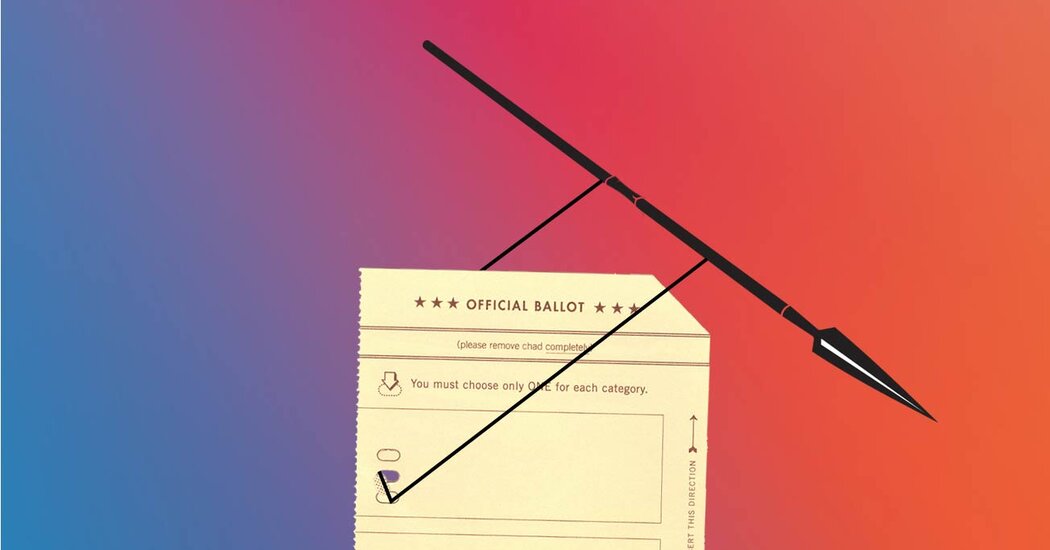 As battles over voting rules burn hotter, the stakes are still lower than both sides seem to think.

About two years ago I did something foolish: I wrote an optimistic column arguing that a polarizing issue was ripe for de-escalation and compromise.

The issue was voting rights, where Republicans have long championed voter ID laws as a bulwark against alleged voting fraud, while Democrats have countered that such restrictions unfairly burden many Americans, racial minorities especially, in the exercise of their hard-won right to vote.

The good news, I said back then, was that lots of studies suggest that voter ID laws don’t do either thing. They don’t prevent much (or any) fraud, but they also don’t have much (if any) effect on turnout, for minorities or any other group. So conservatives could stop pushing them, liberals could stop freaking out about them, and without either side losing anything substantial, compromise and conciliation could rule the day.

Naturally since then the voting wars have only burned hotter, thanks to the exigencies of the coronavirus era and the arson of Donald Trump. The virus prompted a vast expansion of mail-in voting in the name of public health, Trump blamed vote-by-mail fraud (among other conspiracies) for his defeat, and soon a large swath of conservatives became convinced corrupt balloting had stolen the election.

Now Republicans all over the country are advancing bills that answer the “theft” of 2020 with new ID requirements and new limits on absentee and early votes, while Democrats are advancing a national bill that would essentially federalize election law and make certain Republican restrictions impermissible. And each side is talking as if this were an existential fight, with the very concept of fair democratic elections hanging in the balance.

But the facts continue to suggest otherwise, with two new studies adding to the case for compromise and calm.

The first study, from the Democracy and Polarization Lab at Stanford University, looks at the effects of no-excuse absentee voting on the 2020 elections — the kind of balloting that a lot of states expanded and that many Republican state legislators now want to roll back. Contrary to liberal expectations, easing the voting rules this way seemed to have no effect on turnout: “States newly implementing no-excuse absentee voting for 2020 did not see larger increases in turnout than states that did not.”

Then contrary to Republican fears, the easement didn’t help Democrats at the G.O.P.’s expense: “No-excuse absentee did not substantially increase Democratic turnout relative to Republican turnout.” Overall the authors argue that what drove higher turnout in 2020 was simply “voter interest” in the elections, not the major voting rule change, which “mobilized relatively few voters and had at most a muted partisan effect.”

The second study comes from a Ph.D. candidate at the University of Oregon, and it looks further back in time to assess the effects of Shelby County v. Holder, the Supreme Court revision of the Voting Rights Act that made it easier for states to impose voter ID laws and other restrictions. Using data from six federal elections, the author finds no post-Shelby divergence between white and African-American turnout in states affected by the ruling. Indeed, if anything, the jurisdictions saw African-American turnout rise relative to white turnout in the 2016 elections, suggesting that new obstacles to voting prompt swift mobilization in response.

So rule changes favored by Democrats that make it modestly easier to vote probably didn’t help Democrats win the 2020 elections, and rule changes favored by Republicans that make it modestly harder to vote probably haven’t suppressed minority votes. Great news! I’m sure that now we can call off the voting war and just find a sensible compromise instead.

For instance, my own preferred grand bargain would limit absentee voting but increase funding for polling places and make Election Day a national holiday. This would address reasonable Republican concerns about the civic benefits of having most people vote together, on the same day with the same information, while answering Democratic concerns about long lines and working-class access to the polls. But there are other possible compromises as well …

No, ha-ha, just kidding, we aren’t going to compromise, not when there’s an apocalypse to fund-raise off. And to be clear, Republicans are much more at fault for the needless escalation here. Democrats are guilty of rhetorical exaggeration and policy excess (their big voting rights bill, for instance, includes various traducements of free speech), but Republicans instigated the policy battle and thanks to Trump they’ve gone deepest into paranoia. At their most sincere, they can seem clueless about how the history of Jim Crow shadows these debates; at their most cynical or Trumpy, they’re just indulging a racialized fear of mobs in cities stealing elections from decent white suburbanites. And the deeper they dig in against reasonable critiques, the more the primal conservative suspicion of mass democracy, a “lower turnout is good, actually” mentality, has a way of coming out.

Some suspicion of pure democracy is essential to conservatism. But a high-minded case for lower turnout assumes that a smaller electorate will be more politically engaged and therefore more civic-minded. The evidence of recent American history, though, is that highly engaged, high-information voters tend to be zealous and blinkered hyperpartisans, in desperate need of balancing by more chilled-out and conflicted low-information votes.

The cynical conservative case for lower turnout, meanwhile, assumes that conservatism is the natural party of the responsible, always-registered-to-vote upper middle class. But as the G.O.P.’s base has become more populist and working-class, the American right more anti-establishment, this self-interested logic is crumbling. If voter ID rules or absentee ballot limits did reduce turnout among occasional voters, a lot of those no-shows might be Trump supporters.

This is part of why the conservative fixation on hypothetical voter fraud is so exasperating. If the Trump era proved anything, it’s that Republicans can hold their ground as turnout rises, that they can be competitive with low-propensity voters and minority voters as well. But instead of taking that as an opportunity to actually reach for majorities again, under the influence of #StoptheSteal the party is effectively telling potential supporters that it doesn’t want high turnout, which is basically a way of saying, We don’t want your votes.

Then on the Democratic side, the focus on voting rules feeds a persistent misapprehension about the true constraints on liberal power. Liberals are disadvantaged in the American system at the moment, but it’s longstanding constitutional structures, the Electoral College and the Senate above all, that give Republicans a modest advantage, not recent innovations in vote suppression. There isn’t a vast nonvoting majority that would sweep the left into power if only it were easier to vote, and the push for voter ID on the right isn’t actually a replay of Jim Crow. It’s a sideshow, fed by conservative paranoia, to the real struggle for power in America.

The shrewder left-wing analogy, offered by Corey Robin a few days ago in The New Yorker, isn’t to the Reconstruction-era South but to “Britain in the years before the Reform Act of 1832,” when it was antique constitutional structures that stifled democracy, not some sort of dramatic fascist putsch. From a conservative perspective I like this analogy, because it implies that today’s Republicans could learn something from Benjamin Disraeli, the opportunistic 19th-century Tory who leaned into democratization and proved the right could win mass working-class support.

But even Robin’s analogy exaggerates the structural limits on liberal power in the United States today. Those limits certainly exist; they delivered Trump the White House in 2016 with a minority of the popular vote. But the Democratic Party of 2021 has power that’s only marginally out of proportion to its popular support: Democrats won the national House vote by roughly 51 percent to 48 percent and the presidential popular vote by roughly 51 percent to 47 percent, and the fulcrum of power in Joe Biden’s Washington, a 51-50 Senate, is awfully close to those popular-vote splits.

This suggests that like the Republican minority, the Democratic majority runs a risk of letting a fixation on the structures of democracy become an excuse to shirk the more important work of a political party — which is to persuade the largest possible majority, not just a bare 51 percent, to vote its way. And the intensity of the debates over rules and structures, IDs and absentee ballots, reflects a bipartisan dynamic where neither coalition seems able to imagine being other than what it’s become in the last 10 years — a blocking minority for Republicans, a super-slim majority for Democrats.

Again, I don’t expect a compromise to emerge out of this stalemate. Instead, I expect the election rules of the future to be written by the party that recognizes that the surest way to make certain your opponents can’t win unfairly is to make sure the election isn’t close.