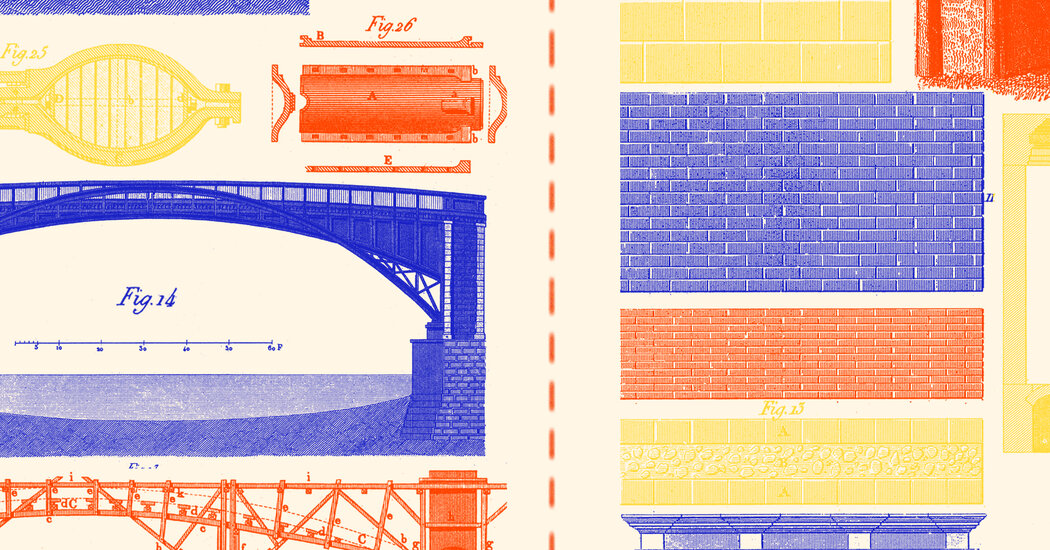 Glenn Hubbard tried to dissuade President George W. Bush from putting tariffs on imported steel. As chairman of Bush’s Council of Economic Advisers, he told the president in 2001 that the harm from tariffs suffered by consumers of steel would vastly outweigh the benefits to steel makers. He argued that trying to preserve steel jobs through tariffs would be like trying to save farm jobs in the early 20th century, when farms became more productive and people went to work in factories instead.

“I lost the argument,” Hubbard recounts in a new book. Bush “had to make a complex political call — economics was only one factor. I had not made the sale.”

The failure didn’t derail Hubbard’s career. After a two-year appointment at the economics council, he served as dean of the Columbia Business School from 2004 to 2019 and advised Mitt Romney on his 2012 presidential campaign and Jeb Bush on his 2016 campaign.

But Hubbard remains frustrated about his inability to make the case against tariffs — and he’s still trying to make the sale. His book, “The Wall and the Bridge: Fear and Opportunity in Disruption’s Wake,” which goes on sale this month, is an earnest attempt to win support for free trade internationally and for open, competitive markets at home.

Hubbard’s problem? The skepticism about free markets that he witnessed in 2001 has gotten only stronger since, and the backlash has been strongest in his own party.

In a Gallup survey in February 2021, only 44 percent of Republican voters (versus 79 percent of Democrats) said they viewed free trade mainly as an opportunity for growth through increased exports. On trade, as on other issues, the Republican Party appears fully in the grip of former President Donald Trump, who imposed tariffs not only on China but on American allies as well.

Hubbard makes the standard Econ 101 argument for free trade, which can be tailored for defenses of all kinds of markets. First, assert that trade increases prosperity by allowing each country to specialize in what it’s best at. (Generally true.) Second, acknowledge that not everyone wins from free trade; for example, some jobs are displaced by cheap imports. (Certainly true.) Third, state that this problem can be easily solved: Everyone in society can be made better off if the winners share some of their gains with the losers.

The flaw in this sequence is the third part: In reality, the winners from trade rarely share much of their gains with the losers. The losers remain losers, and they often vote for candidates who put up tariff walls.

Hubbard concedes as much, going to great lengths to differentiate his view from what he calls the “narrow neoliberal, laissez-faire take.” He rues the “failure of economists to fully engage.” He admits that “we were too busy admiring the upside of openness” to feel the pain of those left behind. He recounts two visits he made with his Columbia Business School students to Youngstown, Ohio, a Rust Belt city where support for free trade is understandably weak. (Little-known fact: Hubbard’s younger brother, Gregg “Hobie” Hubbard, is the keyboardist for the country music band Sawyer Brown and keeps him informed about the mood in the heartland.)

But when it comes to proposed solutions, Hubbard’s are bound to strike skeptics of free trade as lukewarm. They include block grants for community colleges, personal re-employment accounts to help displaced workers acquire marketable skills, wage insurance, an expanded earned-income tax credit, “place-based” aid that creates jobs where people live so they don’t have to move and changed tax subsidies for health insurance that make it easier for people to change jobs without losing coverage. He proposes a task force on economic engagement that would issue scorecards on bills and regulations based on whether they promote economic engagement. (Surprisingly for a Republican economist, he also suggests a “modest” increase in the corporate income tax and is open to getting rid of a provision in the estate tax that allows heirs to avoid taxation on capital gains made before their inheritance.)

These are worthy agenda items. The challenge that Hubbard and other free-traders face is the deep reservoir of skepticism that has accumulated since at least 1962, when President John F. Kennedy sold tariff reductions to Congress by including “trade adjustment assistance” — which was supposed to help people whose jobs were wiped out by imports. As Hubbard acknowledges, “Not a single TAA request was even approved until 1969!”

The “bridges” in Hubbard’s title connect people to opportunity, while the “walls” are intended to protect them from harm by blocking out the world. He sees bridges as good and walls as bad. Unfortunately, he overworks the metaphor. There are undoubtedly civil engineering textbooks that use the words less frequently.

For Hubbard, the trickiest challenge is differentiating his stance from that of those fellow conservatives who agree with him on many issues but not on free markets. One such is Oren Cass, whose name appears in the book 39 times. Cass is the executive director of American Compass, a think tank that “emphasizes the importance of family, community and industry.” He is a leader of the newly christened national conservatism movement, which rejects globalization in favor of nationalism.

Hubbard argues that in the name of workers’ dignity Cass is bent on preserving jobs, especially in manufacturing, that have become obsolete. He says Cass is trying to “restrict the evolution of work” while engaging in protectionism and picking winners and losers.

Cass has already issued a partial rebuttal in the form of an article in the journal American Affairs that appeared even before Hubbard’s book’s publication date. It’s slyly titled “Have I Got a Bridge to Sell You: The Limitations of Econ 101.” Cass writes that civilizations require walls as well as bridges. As for Hubbard’s argument that countries should specialize in what they’re best at, known as the theory of comparative advantage, Cass responds that “today’s debates concern how comparative advantage is created, rather than discovered.” That is correct and important. Japan and South Korea, to name two examples, did not become world leaders in electronics based on natural endowments. They created their advantages.

I say Cass’s rebuttal is partial because Cass never mentions that Hubbard singles him out for criticism in “The Wall and the Bridge.” And Cass doesn’t engage with all of Hubbard’s points. For one thing, while free traders can be faulted for the failure of their policies to protect the losers from trade, national conservatives such as Cass can be faulted for the repeated shortcomings of industrial policy. “Once government starts explicitly tilting the playing field of commerce,” Hubbard writes, “various businesses or trades will band together to use government as a tool to redistribute income to themselves at the expense of the public.”

Scott Lincicome, a senior fellow at the libertarian Cato Institute, made the same point in a debate with Cass a year ago, citing restraints on trade in machine tools, computer chips, shipping and more: “It turns out that we have been doing this for decades, and it really beggars belief that we’re going to be able to do a really good job of doing it in the future simply because we have better planners, more altruistic people in charge.”

In the end neither side is fully persuasive. The national conservatives haven’t shown that their nostrums will bring prosperity and security. And the free traders have failed to deliver on their promises to make free trade and open markets work for all. Hubbard insists, though, that they can. “Econ 101 has answers here,” he writes. “And economists need to spell them out, better than we have in the past.”

Number of the week

The estimated increase in the Consumer Price Index over the 12 months through December, according to the median of estimates of economists surveyed by FactSet. The Bureau of Labor Statistics is scheduled to release the official data on Wednesday.

“In short, the wave and any attendant economic risk could be over quickly, and this may be why investors are looking through it.”